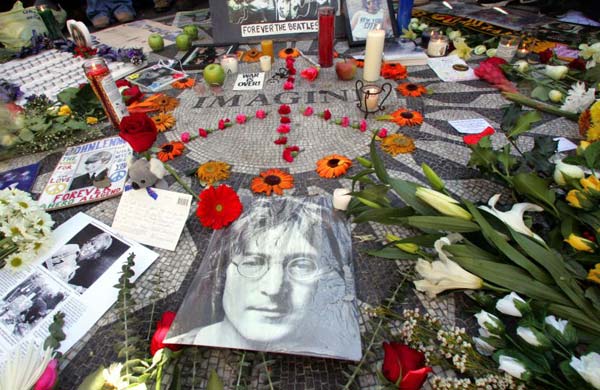 But be contented when that fell arrest
Without all bail shall carry me away,
My life hath in this line some interest,
Which for memorial still with thee shall stay.
When thou reviewest this, thou dost review
The very part was consecrate to thee:
The earth can have but earth, which is his due;
My spirit is thine, the better part of me:
So then thou hast but lost the dregs of life,
The prey of worms, my body being dead;
The coward conquest of a wretch’s knife,
Too base of thee to be remembered.
The worth of that is that which it contains,
And that is this, and this with thee remains.

Sonnet 74 contemplates the separation and values of the soul and body to one who loves you.

Shakespeare asks his beloved, as though in mid-conversation, not to be upset when death arrives and carries him off. His life will continue to some extent in these lines, which his beloved will always have to remember him by. In the future, when this poem is reread, the youth will see again the precise thing that was so dedicated to him– Shakespeare’s spirit. He says the earth can only take his body, the earthly part of him. But his spirit, the better part, is the youth’s to keep. Shakespeare looks down on his body, mere worm-food, so easily killed, because what gives his body its worth is the spirit it contains, and that spirit is this poem, and this poem will remain with his beloved.

It is uncertain whether the wretch in line 11 is victim, Time, or a common murderer,or even seamier implications. The line obviously refers to the body, being dead, and it could be read as an injunction to the youth to regard the poet’s body, when dead, as nothing more than something slain in a back alley. Or it could again anthropomorphise Time, as a cowardly killer brandishing his reaper’s scythe. Or perhaps Shakespeare felt he was being targeted by a killer, or perhaps was himself a coward, contemplating suicide…

“Living is easy with eyes closed” at Strawberry Fields, a 2.5-acre landscaped section in Central Park dedicated to the memory of Beatles member John Lennon.

The Central Park memorial was designed by Bruce Kelly, the chief landscape architect for the Central Park Conservancy. Strawberry Fields was dedicated on what would have been Lennon’s 45th birthday, October 9, 1985, by New York Mayor Ed Koch and Lennon’s widow Yoko Ono, who had underwritten the project.

The entrance to the memorial is located on Central Park West at West 72nd Street, directly across from the Dakota Apartments, where Lennon had lived for the later part of his life, and where he was murdered. The memorial is a triangular piece of land falling away on the two sides of the park, and its focal point is a circular pathway mosaic of inlaid stones,a gift from the city of Naples, with a single word, the title of Lennon’s famous song: “Imagine”. Along the borders of the area surrounding the mosaic are benches which are endowed in memory of other individuals and maintained by the Central Park Conservancy. Along a path toward the southeast, a plaque on a low glaciated outcropping of schist lists the nations which contributed to building the memorial. Yoko Ono, who still lives in The Dakota, contributed over a million dollars for the landscaping and the upkeep endowment.[1]

The mosaic, in the style of Portuguese pavement, is at the heart of a series of open and secret glades of lawn and glacier-carved rock outcroppings, bounded by shrubs and mature trees and woodland slopes, all designated a “quiet zone”. A woodland walk winds through edge plantings between the glade-like upper lawn and the steep wooded slopes; it contains native rhododendrons and hollies, Carolina Allspice Mountain Laurel, viburnums, and Jetbead. Wild shrub roses flank the main walk. At the farthest northern tip of the upper series of lawns enclosed by woodland are three Dawn Redwood trees, which lose their needles but regain them every spring, an emblem of eternal renewal. The trees can be expected to reach a height of 18 ft within 100 years, and eventually they will be visible from great distances in the park.
Usage
The memorial is often covered with flowers, candles in glasses, and other belongings left behind by Lennon fans. On Lennon’s birthday (October 9) and on the anniversary of his death (December 8), people gather to sing songs and pay tribute, staying late into what is often a cold night.

Impromptu memorial gatherings for other musicians, including Jerry Garcia and George Harrison, have occurred at the memorial. Many times, particularly in the summer and on the anniversaries of birthdays of the other members of The Beatles, gatherings take place at the site. In the days following the September 11 attacks, candlelight vigils were held at the Imagine Circle to remember those killed. On the thirtieth anniversary of John Lennon’s death, vigils were also held here for him.

One of its best-known visitors is Gary dos Santos, a fan of The Beatles who decorates the memorial in circles of different flowers and objects, often in the shape of a peace sign.[2]

Yuval David is an athlete-actor, creatively pursuing his artistic career as an actor of film, television, theatre, radio, and new media. His beginnings in theatre led him to Shakespeare at a young age. Growing up in Washington, D.C., Yuval frequently performed at The Shakespeare Theatre, Washington Shakespeare Company, The and the Folger Theatre. His Shakespeare and classical theatre adventures continued and he also performed in productions with Shakespeare & Company, The Shakespeare Globe Centre, Bridgeport Shakespeare, and Instant Shakespeare. After playing Romeo in Romeo and Juliet and Ferdinand in The Tempest, Yuval also began focusing on contemporary theatre, with numerous productions at The Kennedy Center, Arena Stage, Source Theatre Company, Studio Theatre, Classica Theatre, Stanislavsky Theatre Studio, among other theaters in New York City and regional theaters across the US. Now, Yuval is mostly seen on Television and Film. As a cast member of ABC’s hit show What Would You Do, Yuval plays a wide array of characters in this hidden camera show. Other television recurring roles include The Michael J Fox Show, Days of Our Lives, and The Corner. Film roles include: “Nephilim,” “The Fifth Estate,” “The Awakening of Spring,” “You,” and numerous independent films. Yuval’s voice can be heard in commercial campaigns and narration for documentaries. He regularly performs Improv Comedy and Sketch Comedy in New York City and Los Angeles. And, he continuously creates content, writing, directing, performing, and filming. To see more of this and more of Yuval, go to and follow at YuvalDavid.com, Facebook.com/YuvalDavid, Twitter.com/YuvalDavid, Instagram.com/YuvalDavid, Youtube.com/YuvalDavidActor, and Vimeo.com/YuvalDavid.

As an Actor, Singer, and Voice Artist, Judy has used her talents to entertain people on both land and sea. As a proud member of Actors Equity some memorable roles include Kaye in The Tafettas, Marian in Swingtime Canteen (National Tour), Martha in 1776, and Diana in Lend Me a Tenor. She originated a role in Silent Laughter with the comedy writers Billy Van Zandt and Jane Milmore. Her voice can be heard on American Airlines and in the video game Red Dead Redemption and she has sold various things on local commercials. She performed as a Lead singer on the Royal Caribbean Cruise line and worked as a promotional model for Mattel’s Barbie division for 5 Toy Shows. Needless to say since graduating NYU’s Tisch School of the Arts her career has taken her from Soap Opera’s to Broadway and beyond. After a brief hiatus she is happy to have had the opportunity to work on The Sonnet Project and can’t wait to see what the future has in store.

Jill Salvino is a seasoned director of multimedia commercial work as well as a formative screenwriter and filmmaker. Having directed over 500 commercials, she is credited with over 200 industry-related awards.

In addition to her commercial work, Jill has written two feature length screenplays; “In Vino Veritas” and “Layover.” Most recently, she directed and produced the short film “Taking it for Granted.”

Jill Salvino is a longstanding member of Promax, chair of the Telly Silver council and represented by management/legal as per IMDB page

Christopher Vernale is a Brooklyn-based cinematographer and artist with over ten years experience in film and video. Born in New York, and raised in the south and mid-west, he studied Media Art and graduated from the University of Oklahoma.

Originally interested in writing, photography and the visual arts have always been a large part of his goals in expression. Christopher’s work focuses on the psychology of the past, and the balance of our nurture vs. base human nature. His photographic style can be described as organic, balanced with a keen sense of storytelling that complements his work and brings about a high level of authenticity. Christopher Vernale is currently owner of EL RAVEN PRODUCTIONS, and has shot in all genres from reality to commercial, corporate to narrative (www.elraven.com)

Patrisa Tomassini is a member of the string quartet, Quartette Indigo, which performs genres ranging from spirituals to salsa.
Her Broadway and concert performances include The Phantom of the Opera, The Light in the Piazza, Love Musik, Andrea Bocelli, Bjork, and many more.
She is the winner of the Stresa International Violin Competition.

Kenneth Fabritius is credited with camera & electrical department work for: Babygirl and Puzzle. He has been the editor for The Sonnet Project (short) & Love, Lies & Seeta and also has 2 credits in the editorial department for Taking it for Granted (short) and Love Me as I am. Kenneth lives in the Upper East Side of Manahattan and works as a freelancer for several NYC post houses creating b-roll and sizzle reels.