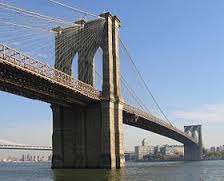 Is it for fear to wet a widow’s eye
That thou consumest thyself in single life?
Ah! if thou issueless shalt hap to die,
The world will wail thee, like a makeless wife;
The world will be thy widow and still weep
That thou no form of thee hast left behind,
When every private widow well may keep
By children’s eyes her husband’s shape in mind.
Look what an unthrift in the world doth spend
Shifts but his place, for still the world enjoys it;
But beauty’s waste hath in the world an end,
And kept unused, the user so destroys it.
No love toward others in that bosom sits
That on himself such murderous shame commits.

Analysis
Sonnet 9 approaches the young man’s resistance to marry and procreate as a fear of hurting his family after he dies.

Here, Bill Shakes tries a different tack. He reasons that if the young man must be remaining single so that he does not make a widow. The youth is wrong to do so, because if he dies the entire world will in effect be a widow, crying over the fact that he did not leave a child behind to remind them of how wonderful he was!. To Bill, a widow will always have the image of her lover in her children to console her after her loss.

Will’s Wordplay
“makeless” is more likely mateless (or, widowed). The whole world will grieve for the young man!

Brooklyn Bridge
The most iconic bridge in New York City, Brooklyn Bridge is a bridge in New York City and is one of the oldest suspension bridges in the United States. Completed in 1883, it connects the boroughs of Manhattan and Brooklyn by spanning the East River. With a main span of 1,595.5 feet, it was the longest suspension bridge in the world from its opening until 1903, and the first steel-wire suspension bridge. At the time it opened, and for several years, it was the longest suspension bridge in the world—50% longer than any previously built—and it has become a treasured landmark.The architectural style is neo-Gothic, with characteristic pointed arches above the passageways through the stone towers. The paint scheme of the bridge is “Brooklyn Bridge Tan” and “Silver”, although it has been argued that the original paint was “Rawlins Red”.[1]

Originally referred to as the New York and Brooklyn Bridge and as the East River Bridge, it was dubbed the Brooklyn Bridge, a name from a letter to the editor of the Brooklyn Daily Eagle,[2] and formally so named by the city government in 1915. Since its opening, it has become an icon of New York City, and was designated a National Historic Landmark in 1964[3] and a National Historic Civil Engineering Landmark in 1972.

Construction
The Brooklyn Bridge was designed by German immigrant John Augustus Roebling, who had previously designed and constructed shorter suspension bridges.Roebling sustained a crush injury to his foot when a ferry pinned it against a piling. After amputation of his crushed toes he developed a tetanus infection which left him incapacitated and soon resulted in his death, not long after he had placed his son Washington Roebling in charge of the project.[4]

Washington Roebling also suffered a paralyzing injury as a result of decompression sickness shortly after the beginning of construction on January 3, 1870. This debilitating condition left him unable to physically supervise the construction firsthand; his wife Emily Warren Roebling stepped in and provided the critical written link between her husband and the engineers on site.[5] Under her husband’s guidance, Emily studied higher mathematics, the calculations of catenary curves, the strengths of materials, bridge specifications, and the intricacies of cable construction. She spent the next 11 years assisting Washington Roebling helping to supervise the bridge’s construction.

The Brooklyn Bridge was opened for use on May 24, 1883. A total of 1,800 vehicles and 150,300 people crossed what was then the only land passage between Manhattan and Brooklyn. Emily Warren Roebling was the first to cross the bridge. President Chester A. Arthur and New York Mayor Franklin Edson crossed the bridge to celebratory cannon fire and were greeted by Brooklyn Mayor Seth Low when they reached the Brooklyn-side tower. Washington Roebling was unable to attend the ceremony. Further festivity included the performance of a band, gunfire from ships, and a fireworks display.

On May 17, 1884, P. T. Barnum helped to squelch doubts about the bridge’s stability—while publicizing his famous circus—when one of his most famous attractions, Jumbo, led a parade of 21 elephants over the Brooklyn Bridge.[6]

Contemporaries marveled at what technology was capable of and the bridge became a symbol of the optimism of the time. John Perry Barlow wrote in the late 20th century of the “literal and genuinely religious leap of faith” embodied in the Brooklyn Bridge … “the Brooklyn Bridge required of its builders faith in their ability to control technology.”

References to “selling the Brooklyn Bridge” abound in American culture, sometimes as examples of rural gullibility but more often in connection with an idea that strains credulity. For example, “If you believe that, I’ve got a bridge to sell you.” George C. Parker and William McCloundy are two early 20th-century con-men who had (allegedly) successfully perpetrated this scam on unwitting tourists. [7] The 1949 Bugs Bunny cartoon Bowery Bugs is a joking reference to Bugs “selling” a story of the Brooklyn Bridge to a naïve tourist.

Sonnet Project
The Brooklyn Bridge was the featured location for Sonnet 9, performed by Anton Rayn, directed by Sean Murray. The video was released on May 20, 2013.

ANTON RAYN – Actor
Like most stories, this one starts with a monkey. A puppet monkey. Then a puppet bear. It was a slippery slope from then on into Puppetry and Acting training while growing up in Kiev, Ukraine. Further training at Brandeis University, American Globe Theater, and The Actors Center, solidified that this ex-child performer, continues to be actively involved in theater as an adult (with and without puppets). He still owns the monkey and the bear. Les Misérables (JCHS), Joe and Mary’s Irish/Italian Wedding (NY Dinner Theater), Sleeping Beauty (Growing Stage), New York Renaissance Faire (REP), and The Comedy of Errors (Theater 2020).

CHARLIE “COOL G” GRANPA – Actor
Known for his propensity in dispensing high fives to amused children, Charlie began his career as The Sheriff at the The New York Renaissance Faire. Stints as Kermit’s body double, hosting SNL, and becoming a meme, paved the way for this rising star. An avid daredevil, world traveler, and playboy, Charlie’s personal life is what every puppet dreams of.

SEAN MACBRIDE MURRAY – Director
Sean was born in Heidelberg, West Germany to a career Army officer and his wife. Returning to the US when his sister was about to be born, Sean then spent his younger years traveling from state to state (and once back to Germany). This peripatetic lifestyle taught Sean to appreciate family and friends. Settling in Watertown, NY (his father’s familial home) when he was twelve, Sean began to learn the importance of story telling. It was through creating stories, whether written (fiction or non) or photographic, Sean found he could help people understand the world and himself.

Setting out for the adventure of a college education, Sean chose to continue the family story of a life in the military. Enrolling in the Virginia Military Institute, Sean became the next generation of his family to see service to his nation as an important step in developing as a person. Unfortunately, the federal government’s budget office (specifically the Department of the Navy’s budget office) decided to decimate the officer ranks for the class of 1994 and Sean moved on to prepare for a service of another kind.

Sean next began to study philosophy in preparation for serving the people of Northern New York as a priest. After two years of philosophy and four years of theology, Sean began ministry in Ogdensburg, NY and then Massena (two old border towns protecting New York from Canadian incursions). However, Sean failed to realize that he wasn’t indeed called to be a priest and chose to leave ministry in favor of the urban life and teaching.

In 2004 Sean moved to New York City to serve the City’s youth as a teacher of students with disabilities. For the past nine years, he has enriched the lives of students in the Bronx by helping them uncover the wonders of history. Teaching students with mild to moderate learning disabilities has allowed Sean to continue his story telling. Opening teenagers’ minds to the story of the rise of civilization, Sean helps them understand their place in the broader context of the global community. Additionally, Sean cracks open the story of America’s place in the history of the world by teaching United States History and Government.

During all of these changes of career, Sean has continue his love of story-telling. After earning a Master Degree in Education, Sean began studying Improv Comedy and Acting. He worked with the Upright Citizen’s Brigade Theatre on the former and the Matthew Corozine Studio on the later (where he also met his future bride.) As an actor, Sean has performed in a multitude of plays (particularly Shakespeare’s works) with a number of theatre companies. He has worked with the New York Renaissance Faire, Queens Shakespeare, Inc, the Queens Players at the Secret Theatre, the Inwood Shakespeare festival and Random Access Theatre Company.

While performing in a production of Lysistrata, Sean realized that directing might be a way in which he could broaden his story-telling skills. Utilizing his many years as an amateur photographer as a base, Sean began making short videos. One, Nigel’s Cookies, was selected to screen at the Big Apple Film Festival in 2010. He is currently in post-production on a web series conceived by his good friend and collaborator, Tyrus Cukavac, called Space Qats and has been asked to serve as Director of Photography on another web series (details are currently hushhush.) Sean is excited to blend his love of stroy-telling through photography, filmmaking and Shakespeare in New York Shakespeare Exchange’s Sonnet Project.

Life is a story. Tell it however you can and let it enrich your life and the lives of others.