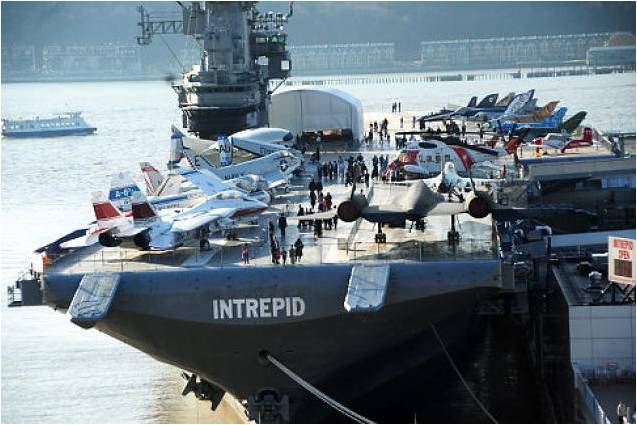 O! how I faint when I of you do write,
Knowing a better spirit doth use your name,
And in the praise thereof spends all his might,
To make me tongue-tied speaking of your fame.
But since your worth, wide as the ocean is,
The humble as the proudest sail doth bear,
My saucy bark, inferior far to his,
On your broad main doth wilfully appear.
Your shallowest help will hold me up afloat,
Whilst he upon your soundless deep doth ride;
Or, being wracked, I am a worthless boat,
He of tall building, and of goodly pride:
Then if he thrive and I be cast away,
The worst was this, my love was my decay.

Analysis
Sonnet 80 pits the poet’s love against the writings of his higher-favored rival.

Billy is discouraged writing about his subject, since another, better poet also praises the youth’s grandeur. But, he reasons, the youth produces so much to praise that he can surely support 2 poets, one lesser than the other. The rival’s pride and success comes from receiving the lion’s share of the subject’s praise, while Billy clings to the barest kind word. Should he perish, all that could be said is that his love led him there.

Will’s Wordplay
Naughty nautical metaphors ahoy! Will paints himself as a foolish little boat, bobbing in the shallows while the rival is a big galleon in the open sea, his tall sails allowing him to reach much deeper waters, and Will feeling inferior for his… lesser endowments. Get the picture?

USS Intrepid Sea, Air & Space Museum, Manhattan
USS Intrepid, also known as The Fighting “I”, is one of 24 Essex-class aircraft carriers built during World War II for the United States Navy. She is the fourth US Navy ship to bear the name. Commissioned in August 1943, Intrepid participated in several campaigns in the Pacific Theater of Operations, most notably the Battle of Leyte Gulf. Decommissioned shortly after the end of the war, she was modernized and recommissioned in the early 1950s as an attack carrier (CVA), and then eventually became an antisubmarine carrier (CVS). In her second career, she served mainly in the Atlantic, but also participated in the Vietnam War. Her notable achievements include being the recovery ship for a Mercury and a Gemini space mission. Because of her prominent role in battle, she was nicknamed “the Fighting I”, while her often ill-luck and the time spent in dry dock for repairs earned her the nickname “the Dry I”.

Decommissioned in 1974, in 1982 Intrepid became the foundation of the Intrepid Sea, Air & Space Museum in New York City.

Construction & Commissioning
Intrepid was launched on 26 April 1943 by Newport News Shipbuilding & Dry Dock Co., Newport News, Virginia, the fifth Essex-class aircraft carrier to be launched. She was sponsored by the wife of Vice Admiral John H. Hoover. On 16 August 1943, she was commissioned with Captain Thomas L. Sprague in command before heading to the Caribbean for shakedown and training. Intrepid‘s motto upon setting sail was “In Mare In Caelo”, which means “On the sea, in the sky”, or “In the sea in Heaven”.

Intrepid has one of the most distinguished service records of any Navy ship, seeing active service in the Pacific Theater including the Marshall Islands, Truk, Leyte Gulf, and Okinawa. At war’s end, she was in Enewetak and soon supported occupation forces providing air support and supply services before heading back to California.

In 1976, Intrepid was moored at Philadelphia Naval Shipyard in Philadelphia and hosted exhibits as part of the United States Bicentennial celebrations.

Plans originally called for Intrepid to be scrapped after decommissioning, but a campaign led by real estate developer Zachary Fisher and the Intrepid Museum Foundation saved the carrier, and established it as a museum ship. In August 1982, the ship opened in New York City as the Intrepid Sea-Air-Space Museum. Four years later, Intrepid was officially designated as a National Historic Landmark. [1]

Over the years, Intrepid has hosted many special events including wrestling events, press conferences, parties and the FBI operations center after the 11 September 2001 terrorist attacks.

On 12 December 2011, ownership of the Space Shuttle Enterprise was officially transferred to the Intrepid Sea, Air & Space Museum in New York City.[2] In preparation for the anticipated relocation, engineers evaluated the vehicle in early 2010 and determined that it was safe to fly on the Shuttle Carrier Aircraft once again. At approximately 9:40 am Eastern Daylight Time on 27 April 2012 Enterprise took off from Dulles International Airport en route to a fly-by over the Hudson River, New York’s JFK International Airport, the Statue of Liberty, the George Washington and Verrazano-Narrows Bridges, and several other landmarks in the city; in an approximately 45-minute “final tour”. At 11:23 am Eastern Daylight Time Enterprise touched down at JFK International Airport.

The mobile Mate-Demate Device and cranes were transported from Dulles to the ramp at JFK and the shuttle was removed from the SCA overnight on 12 May 2012, placed on a specially designed flat bed trailer and returned to Hangar 12. On 3 June a Weeks Marine barge took Enterprise to Jersey City. The Shuttle sustained cosmetic damage to a wingtip when a gust of wind blew the barge towards a piling.[3] It was hoisted 6 June onto the Intrepid Museum in Manhattan.[19]

The Enterprise went on public display on 19 July 2012, at the Intrepid Museum’s new Space Shuttle Pavilion.[20]

Sonnet Project
The USS Intrepid Sea, Air & Space Museum was the featured location for Sonnet 80 performed by Michael Menta, directed by Noemi Charlotte Thieves. The video was released on July 30, 2013.

ACTOR – Michael Menta
Michael Menta is twenty-four. He spent his childhood in an impoverished section of San Salvador with his maternal grandparents before an illness forced his relocation to the United States. He was then raised by his “aunts” in Arizona, New Hampshire, Florida, and New Jersey during which time he became indoctrinated in New Age beliefs. A later apostasy of metaphysics led to his dismissal from the philosophy department at New York University. He was similarly dismissed by his short-lived theater group, The Soviet Space Dogs, for an act of vicious dramaturgy. He is a sporadic actor and lecturer and is working on two children’s books with Noemi Thieves: Bad Rat and Cardigan the Hairless Bear. He now lives in Astoria with his pet lobster, Godot.

DIRECTOR – Noemi Charlotte Thieves
Noemi Charlotte Thieves is a filmmaker/photographer/illustrator/writer whose work tackles the value of contemporary mythos within modern storytelling. Using live theater, film, and trick editing, his work aspires to meld the advances made in literature, photography, sound and performance, using cinema to create a novel phenomenological experience. He garnered his BFA from The Cooper Union School Of Art, where his senior thesis Glengarry Glen Ross Live! received piece of the year. He was awarded the TAM memorial prize given to the best multimedia artist, as well as the Mielcarek prize for outstanding work in photography. He is currently working on a full-length graphic novel, a documentary about the history of education, and his first feature film, “GHETTO.”