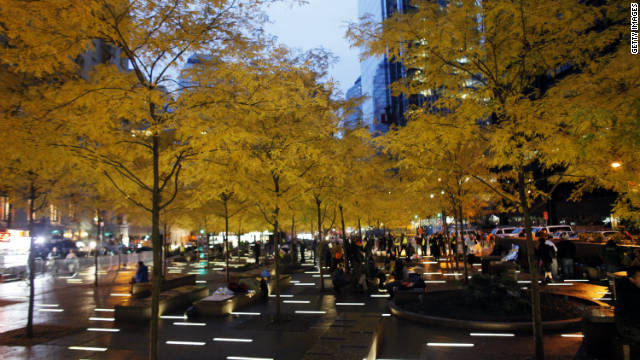 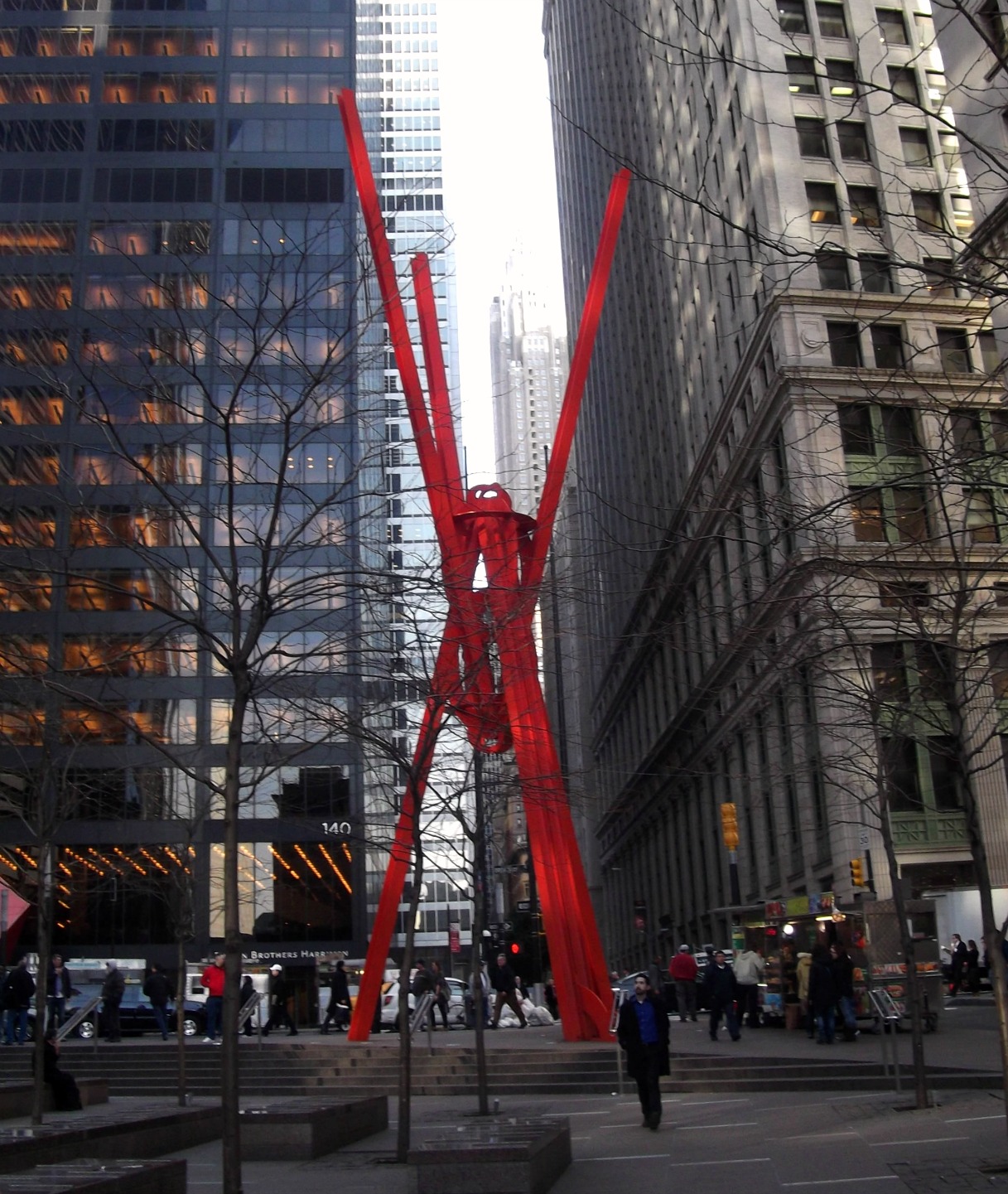 Whilst I alone did call upon thy aid,
My verse alone had all thy gentle grace;
But now my gracious numbers are decayed,
And my sick Muse doth give an other place.
I grant, sweet love, thy lovely argument
Deserves the travail of a worthier pen;
Yet what of thee thy poet doth invent
He robs thee of, and pays it thee again.
He lends thee virtue, and he stole that word
From thy behaviour; beauty doth he give,
And found it in thy cheek: he can afford
No praise to thee, but what in thee doth live.
Then thank him not for that which he doth say,
Since what he owes thee, thou thyself dost pay.

In Sonnet 79, the poet belittles the work of a rival to their shared patron.

When Billy was the only writer who looked to you for inspiration, only HIS poetry received his beloved’s good graces, and the benefits that come with. But now, he is forced to make room for a rival poet. He concedes that such a lovely subject as his beloved deserves a better writer. But this guy? He’s only stealing ideas from his lovers back pocket and giving it right back, presented as new. He learned to call them “virtuous”, but he only learned that word from watching that virtue performed. He only found out about beauty from looking on their face. Its not praise, its stating the obvious! Billy begs his beloved not to thank this rival for what he says, since he’s only being paid to say it.

Let’s talk about the Rival Poet, shall we? This guy may be fictional or real, and could be more than one guy! The sonnets most commonly identified as the Rival Poet group are sonnets 78–86. Several theories about these characters exist, and scholarly debate continues to put forward both conflicting and compelling arguments. The speaker of the poem, Our Dear Willy, sees the Rival Poet as a competitor for fame, wealth and patronage. Among others, George Chapman, Christopher Marlowe, Samuel Daniel, Michael Drayton, Barnabe Barnes, Gervase Markham, and Richard Barnfield have been proposed as identities for the Rival Poet.

The site was the location of the first coffeehouse in colonial New York City, The King’s Arms which opened under the ownership of Lieutenant John Hutchins in 1696. It stood on the west side of Broadway between Crown (now Liberty) Street and Little Prince (now Cedar) Street. On November 5, 1773, summoned by the Sons of Liberty, a huge crowd assembled outside the coffee house to denounce the Tea Act, and agents of the East India Trading company who were handling cargoes of dutied tea. It was perhaps the first public demonstration in opposition to Tea Act in the American colonies.[1]

The park, formerly called Liberty Plaza Park, was created in 1968 by Pittsburgh-based U.S. Steel in return for a height bonus for an adjacent building at the time of its construction. The U.S. Steel Building, which replaced the demolished Singer Building, is now known as One Liberty Plaza.[2] The park was one of the few open spaces with tables and seats in the Financial District. Located one block from the World Trade Center, it was covered with debris, and subsequently used as a staging area for the recovery efforts after the destruction of the World Trade Center on September 11, 2001. As part of the Lower Manhattan rebuilding efforts, the park was regraded, trees were planted, and the tables and seating restored.[3]

On June 1, 2006, the park reopened after an $8 million renovation designed by Cooper, Robertson & Partners. It was renamed Zuccotti Park in honor of John E. Zuccotti, former City Planning Commission chairman and first deputy mayor under Abe Beame and now the chairman of Brookfield Properties,[4] which used private money to renovate the park. Currently, the park has a wide variety of trees, granite sidewalks, tables and seats, as well as lights built into the ground, which illuminate the area. With its proximity to Ground Zero, Zuccotti Park is a popular tourist destination. The World Trade Center cross, which was previously housed at St. Peter’s Roman Catholic Church, was featured in a ceremony held in Zuccotti Park before it was moved to the 9/11 Memorial.[5]

On September 17, 2011, the “Occupy Wall Street” protest began using Zuccotti Park as a campground and staging area for their actions. Some of the protesters displayed a placard welcoming visitors to “Liberty Park”, an informal return to a version of the park’s original name. The organizers had originally planned to occupy One Chase Manhattan Plaza, but the plaza was closed.[6]

Because Zuccotti Park is not a publicly owned space, it is not subject to ordinary public park curfew. New York City Police Commissioner Raymond Kelly said on September 28, 2011, that the NYPD could not bar protesters from Zuccotti Park since it is a public plaza that is required to stay open 24 hours a day. “In building this plaza, there was an agreement it be open 24 hours a day,” Kelly said. “The owners have put out regulations [about what’s allowed in park]. The owners will have to come in and direct people not to do certain things.” A spokesperson for Brookfield Properties, the owner of the park, expressed concern: “Zuccotti Park is intended for the use and enjoyment of the general public for passive recreation. We are extremely concerned with the conditions that have been created by those currently occupying the park and are actively working with the City of New York to address these conditions and restore the park to its intended purpose.”[7]

On October 6, 2011, it was reported that Brookfield Office Properties, which owns Zuccotti Park, had issued a statement which said, “Sanitation is a growing concern … Normally the park is cleaned and inspected every weeknight… because the protesters refuse to cooperate … the park has not been cleaned since Friday, September 16th and as a result, sanitary conditions have reached unacceptable levels.” To protect and clean the park, protesters volunteered to sweep the areas of the plaza and posted signs urging each other to avoid damaging the flower beds. Starting at roughly 1 am local time on November 15, NYPD began clearing Zuccotti Park. After a court order was released allowing them to return, police refused to allow them back in. Later that day, the New York Supreme Court that issued the injunction ruled against allowing protesters to camp or sleep in Zuccotti Park. At midnight on December 31, 2011 about 500 protestors clashed with police when they attempted to re-occupy the park. Sixty-eight people were arrested within several hours.[8]

Steel barriers restricting access to the park were removed on January 10, 2012. On January 24, Occupy Wall Street protesters dropped their lawsuit against the city and Brookfield for the imposition of rules which prohibited their tents, generators, and other installations from the park. The rules restricting these items had been upheld in court and enforced in the park.[9]

Sam Rappold is a 27 year old filmmaker and native New Yorker. Born in 1987 in Manhattan,
Sam was raised in the borough of Queens. Both Sam’s parents were former filmmakers themselves (his father a cinematographer and editor and mother a television producer) and they cultivated a love of entertainment and the movies in Sam from a very young age. His first experiences as an entertainer came in his teenage years when he joined the stand-up comedy troop: the Kids ‘n Comedy, where he became the troop’s headliner and was hailed as “…a frickin’ genius” by the Village Voice. It was also as a teen that Sam first became a lover of the works of William Shakespeare. At the tender age of thirteen, he committed to memory Antony’s eulogy speech from Julius Caesar for a school project. As a participant in BAM’s Young Critics Program, Sam had the opportunity to attend and review world-class productions of Shakespeare’s plays the likes of Propeller Company.
As a student at Adelphi University, Sam threw himself into studying every aspect of filmmaking, from writing, to editing to acting. During a student internship, he PA’ed on the first ever courtroom drama film about the subject of gay marriage: An Affirmative Act. He also explored his love of Shakespeare through his newly found skill as a filmmaker when he created a documentary about a fellow student’s efforts to mount a production of Hamlet. The university’s faculty named Sam’s final undergraduate production; entitled Ice, Best Student Film of the Year in 2010. It was also during the
production of Ice that Sam first met his future wife Danielle Saunders (whom he married in October 2014).
After graduating university, Sam worked as a freelance filmmaker on projects ranging from
feature films to political adds to music videos. He also continued to pursue his own projects, and was named New York’s Filmmaker of the Year in 2011 by RAW Natural Born Artists for his short: Price Check. Sam accepted a full time job as an in-house shooter and editor at TeleTime Video Productions in 2012, a job that would see him travel frequently and conduct shoots in locations across the United States as well as in Israel. Sam left TeleTime in 2014 to pursue other opportunities and is currently in pre-production on a new documentary feature.
Sam continues to relish every opportunity to produce new and fascinating movies. He is thrilled to once again have the opportunity to explore the works of Shakespeare through video as a participant in the New York Shakespeare Exchange’s Sonnet Project.