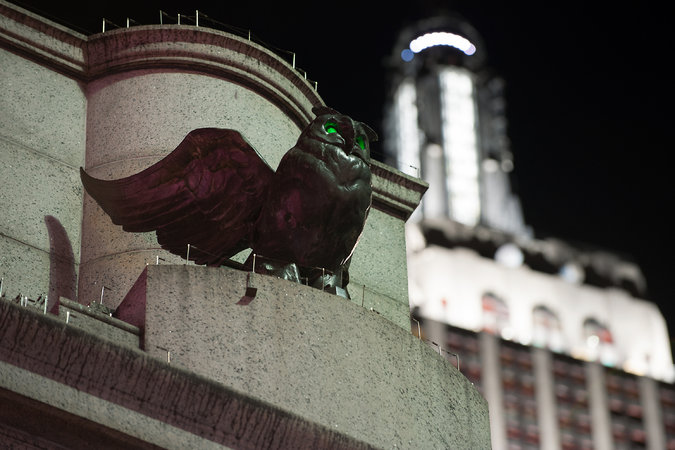 Thy glass will show thee how thy beauties wear,
Thy dial how thy precious minutes waste;
The vacant leaves thy mind’s imprint will bear,
And of this book, this learning mayst thou taste.
The wrinkles which thy glass will truly show
Of mouthed graves will give thee memory;
Thou by thy dial’s shady stealth mayst know
Time’s thievish progress to eternity.
Look what thy memory cannot contain,
Commit to these waste blanks, and thou shalt find
Those children nursed, delivered from thy brain,
To take a new acquaintance of thy mind.
These offices, so oft as thou wilt look,
Shall profit thee and much enrich thy book.

In Sonnet 77, the poet encourages his beloved to preserve his thoughts in writing, as they watch themselves age.

Here, Shakespeare warns his lover that the mirror will show how their beauty is wearing away, the clock how their precious minutes are disappearing; the pages of this blank notebook will record their thoughts; and they may learn the following things from those thoughts: The wrinkles in the mirror will remind them of open graves. By the hands of your clock, they will learn how time keeps stealing away to eternity. By writing reminders on these blank pages, when they encounter those thoughts again, the children of your brain, they’ll be grown up, nourished by continued reflection. They’ll be like a new acquaintance. Doing these things often will fill the tome with memories

The poem has been taken as referring to the gift of a blank-book or book of tablets, perhaps to the beloved, although some have suggested a more distant friendship than that in the other sonnets. It is also hypothesized that the poem relates specifically to the Rival Poet: knowing that he has lost favor, Shakespeare makes a present of this blank book to the beloved, who will now have to fill it himself, since Shakespeare has fallen silent.

The gift of a mirror and dial places the poem in the memento mori tradition, a reflection on mortality, especially as a means of considering the vanity of earthly life and the transient nature of all earthly goods and pursuits that was popular through the Renaissance and well into the Victorian period.

Scholar’s Corner
Sonnet 77 is the mid-point in the sequence of 154 sonnets. The fact that it is about a mirror may be relevant to its placing. Edmund Spenser mentions mirrors at the mid-point of his sequence, Amoretti, Sonnet 45 of 89: “Leaue lady in your glasse of christall clene, / Your goodly selfe for euermore to vew”.[1]

WHO is that up there?

“The green eyes pierce the night, arresting pedestrians who notice the mute blinking orbs above the bustle of Herald Square in Manhattan. But for the most part, the glowing specters go unnoticed by many….

It comes from the eyes of two stern-looking bronze owls perched atop a tall granite monument in the northern part of the park in Herald Square. They are among New York City’s more obscure architectural oddities. Lighting up every night from dusk until dawn, they can be seen blocks away, their blinks lasting approximately two seconds. But they are not modern additions.

The owls have glowed nightly, barring periodic electrical disruptions, since the monument was completed in 1940, and they were lighting up elsewhere even earlier than that.

If they appear mysterious to people now — recent hypotheses from passers-by included National Security Agency surveillance, Halloween decoration and pigeon deterrent — then some midcentury New Yorkers were probably downright frightened by them.

The eyes are made from thick, green-tinted glass. Green LEDs were installed behind them in a 2007 restoration. Before then, incandescent bulbs sat in the owls’ skulls and projected as green through the glass, Don Bussolini, a capital projects director for the 34th Street Partnership, said.

How these green-eyed owls first came to be is stranger than most would imagine.

The two owls were once part of a flock of 22 that roosted along the roofline of the old New York Herald newspaper building, for which the square was named. The owls lit up on the hour with the ringing of a clock bell that was part of the building.”
–Alex Vadkul, The New York Times, 2013 [1]

“The building was designed by Stanford White (of the leading firm McKim, Mead & White, architects of this Museum) on commission from the newspaper’s flamboyant publisher, James Gordon Bennett, Jr.

Bennett also conceived the array of bronze roof sculptures, installed in 1895. The central figure group, commissioned in Paris from the French sculptor Antonin Jean Paul Carles (1851–1919), featured the Roman war goddess Minerva presiding over two hammer-wielding blacksmiths, who flank a large bell. The stately owls that edged the rest of the roofline were electrified so that their glass eyes glowed and blinked in time with the hammered toning of the hours. Bennett had a penchant for owls—the official emblem of the Herald—and collected both live and sculpted ones. Neither the designer nor the foundry responsible for these owls has yet been identified.

In 1939 (by which time the demolition of the Herald Building was nearly complete) Minerva, the bell-ringer group, and two of the four winged owls were installed in Herald Square as the James Gordon Bennett Memorial.” [2]

A MEMORIAL TO / JAMES GORDON BENNETT (1795-1872) / FOUNDER OF THE
NEW YORK HERALD IN 1835 / AND TO HIS SON / JAMES GORDON BENNETT
(1841-1918) / THRUGH WHOSE VISION AND ENTERPRISE / THE NEW YORK
HERALD BECAME ONE OF THE / WORLD’S GREAT / NEWSPAPERS / THE BRONZE
FIGURES OF MINERVA AND THE / BELLRINGERS ARE THE WORK OF ANTONIN/
JEAN CARLES. THEY STOOD, FROM 1895 TO / 1921. ABOVE THE CORNICES
OF JAMES / GORDON BENNETT’S NEW YORK HERALD / BUILDING ON THE NORTH
SIDE OF HERALD / SQUARE AND TOLLED THE ACTIVE HOURS TO / THE
MILLIONS. IN 1928, THEY WERE GIVEN / BY WILLIAM T. DEWART,
PUBLISHER OF THE / NEW YORK SUN, TO NEW YORK UNIVERSITY, / THROUGH
WHOSE GENEROSITY IN 1928 THEY / ENTERED ON PERMANENT LOAN, THE
CARE / OF THE DEPARTMENT OF PARKS OF THE CITY / OF NEW YORK, THAT
THEY MAY BE HERE / RESTORED TO THEIR ORIGINAL AREA OF PLEASANT
SERVICE, AND / TO THEIR PLACE IN THE HEARTS OF OUR / CITIZENS.
FUNDS FOR THE RESTORATION / WERE PROVIDED BY SUBSCRIPTION OF/
BUSINESS ORGANIZATIONS WHOSE LIVES ARE / DEEP ROOTED IN THE
NEIGHBORHOOD OF / HERALD SQUARE. / MCMXL/ [3]

Marni Penning was introduced to Shakespeare at age 8, and has performed in 53 productions of 24 of Shakespeare’s plays in her professional career. She is a co-founder of Cincinnati Shakespeare Company, for whom she performed over 35 roles, including Juliet, Kate, Rosalind, Beatrice, and Hamlet, and toured the US and UK for three years with what is now the American Shakespeare Center. In addition to her award-winning Shakespearean roles, she is a two-time Helen Hayes Award nominee, and a playwright, teacher, VoiceOver artist, children’s book illustrator, and professional Sarah Palin impersonator who lives with her husband, son, and dog in the Washington, DC area.
More info at http://www.marnipenning.com.

A graduate of the University of Southern California’s Cinema-Television program, James Monohan directs a variety of projects for both stage and screen while also freelancing as a cinematographer and video editor. His television editing has contributed to several hit shows and his online video directing has resulted in multiple “viral videos.” Recently, he co-created and directed his first TV pilot for a major cable network. In his spare time, he produces and co-hosts The Narrative Breakdown , a podcast about story craft, and continues to maintain an iOS brainstorming app for writers called The Storyometer . Currently, James is a Key Person at Aarmada Entertainment and will soon begin a position as Senior Media Producer at TheaterMania. He lives in Brooklyn with his wife and ginger cat.