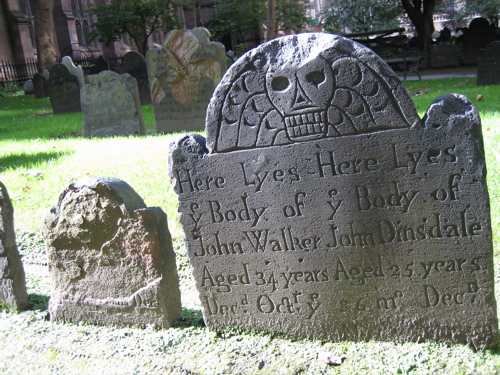 When I have seen by Time’s fell hand defaced
The rich proud cost of outworn buried age;
When sometime lofty towers I see down-razed,
And brass eternal slave to mortal rage;
When I have seen the hungry ocean gain
Advantage on the kingdom of the shore,
And the firm soil win of the watery main,
Increasing store with loss, and loss with store;
When I have seen such interchange of state,
Or state itself confounded to decay;
Ruin hath taught me thus to ruminate
That Time will come and take my love away.
This thought is as a death which cannot choose
But weep to have that which it fears to lose.

Sonnet 64 details the ravages of Time and reminds us that all things, even love, can be taken from us.

Shakespeare has seen Time’s hand deface splendid monuments to men from ages past, tear down lofty towers, oceans encroach upon the land and vice versa, all things constantly changing and decaying. This destruction has taught him that all things will be lost, including his beloved. . This thought feels like death, and makes he weeps in fear of his loss.

“Store” is surplus. The land wins an increasing store of territory from the ocean, with some losses. Then it receives further losses, with some gains

The first was established in the Churchyard located at 74 Trinity Place at Wall Street and Broadway. In 1842, the church, running out of space in its churchyard, established Trinity Church Cemetery and Mausoleum in Upper Manhattan between Broadway and Riverside Drive, at the Chapel of the Intercession (now The Church of the Intercession, New York), formerly the location of John James Audubon’s estate. A third burial place is the Churchyard of St. Paul’s Chapel.

The burial grounds have been the final resting place for many historic figures since the Churchyard cemetery opened in 1697. A non-denominational cemetery, it is listed in the United States National Register of Historic Places and is the only remaining active cemetery in Manhattan. There are two bronze plaques at the Church of the Intercession cemetery commemorating the Battle of Fort Washington, which included some of the fiercest fighting of the Revolutionary War.

British born actor Julian Elfer graduated from the London Academy of Music and Dramatic Arts (LAMDA), after which he honed his craft under the supervision of British Director Frank Hauser, founder of the Oxford playhouse in England.
As a working actor in NYC, Julian is the winner of the 2009 New York Innovative Theatre Award for best Actor in a Lead Role for his portrayal of Malvolio in Shakespeare’s Twelfth Night. Most recently he starred in World of Fuh, a short film written and directed by Cady McClain.
New York stage credits include the role of Guildenstern in Tom Stoppard’s Rosencrantz and Guildenstern Are Dead directed by Cat Parker, Moon in Stoppard’s The Real Inspector Hound (Gloria Maddox Theatre), Austin Pendleton’s Orson’s Shadow (Midlantic Theatre Company), Asher in Off Broadway’s long running show A Perfect Crime, Poor Ophelia (New York Directors’ Guild) and Coriolanus (Shakespeare NYC) to name a few. Julian is a founding member of Articulate Theatre in NYC. Many Thanks to NY Shakespeare Exchange for this great project!

Jeff Barry is a graduate of the Yale School of Drama where he received the Oliver Thorndike Award in acting.

He is currently editing his directorial debut, the independent film Bridesburg, which follows the lives of two working class siblings and their desperate attempt to free themselves from their circumstances. The play, written by Victor Kaufold, was originally produced in 2012 by Miscreant Theatre Company. In addition to his directorial duties Mr. Barry wrote the screenplay and produced the feature along with starring in the production. Doug Strassler of the New York Press said Barry “demonstrates keen insight into wounded male pride as matt eventually looses his meager job.”

Mr. Barry’s film How We Got Away With It, which he wrote, produced and starred in, has just been finished and is currently starting its festival run throughout the country. The film also stars McCaleb Burnett (Annapolis, Men Who Stare At Goats) and Cassandra Freeman (Kinyarwanda, Inside Man). Rounding out his duties, Mr. Barry also served as the Stunt Coordinator and the Second Unit Director on the film.

In 2010 he was cast by John Wells in The Company Men, working alongside Ben Affleck, which had its premiere at the 26th Annual Sundance Film Festival.

Mr. Barry is proud to work often in the theatre. Some of his favorite roles are Daunceney in Les Liasons Dangerouseses alongside Michael T. Weiss. Frank Rizzo of Variety called Mr. Barry “A standout.” He also received rave reviews as Happy in Death of a Salesman, with AltDaily also referring to his work as a “standout performance.” Other film & TV credits include: Date Night with Steve Carell and Tiny Fey, The Last Harbor, the short films Carter and Liberty, and Upright Citizens Brigade and Guiding Light.

Mr. Barry is the co-founder and artistic director of NYC based Miscreant Theatre, which the New York Post has cited as “gripping and raw theater.”