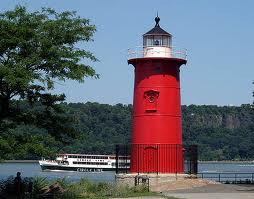 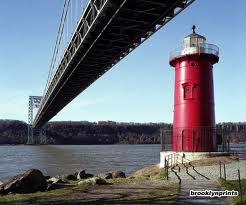 Is it thy will, thy image should keep open
My heavy eyelids to the weary night?
Dost thou desire my slumbers should be broken,
While shadows like to thee do mock my sight?
Is it thy spirit that thou send’st from thee
So far from home into my deeds to pry,
To find out shames and idle hours in me,
The scope and tenor of thy jealousy?
O, no! thy love, though much, is not so great:
It is my love that keeps mine eye awake:
Mine own true love that doth my rest defeat,
To play the watchman ever for thy sake:
For thee watch I, whilst thou dost wake elsewhere,
From me far off, with others all too near.


Analysis
Sonnet 61 describes a sleepless night where the poet cannot stop thinking about the far-off beloved, and whose company he might be keeping.

Will asks the young man if he intended for him up all night with thoughts of his pretty face. Did he want sleep interrupted for the poet, tantalized by mocking shadows of beauty? The youth must be sending his spirit out to pry into Will’s idle hours, to learn the shameful thoughts he has and make the youth jealous by them. But no, the youth doesn’t love him that much. Its the other way around. Will’s own feelings prevent him from sleeping, he stays awake like a watchman for the youth. But the youth is far away and all too close to Wills rivals.

Will’s Wordplay
The alluded shameful behavior and idle hours imply time ill spent. It evokes a common proverb, both now and in Willy’s day: the devil finds work for idle hands. Wonder what he could be doing…

History
A 10 candle-power light was first hung on a pole at the water’s edge here in 1889 to warn the increasing Hudson River traffic away from Jeffrey’s Hook at night. The current structure was built as the North Hook Beacon at Sandy Hook, New Jersey, where it stood until 1917. It was reconstructed here in 1921 as part of a project to improve Hudson River navigational aids, and was in operation until 1947. When the George Washington Bridge was completed in 1931, however, the lighthouse was considered obsolete, as the bridge pier was illuminated.

The story of the 1942 children’s book, The Little Red Lighthouse and the Great Gray Bridge, by Hildegarde Swift, centers on the fears of the lighthouse that it was now irrelevant, but the bridge reassures it that it is still needed to help keep river traffic safe.

The proposed dismantling of the lighthouse in 1951 resulted in a public outcry, largely from fans of Swift’s book, leading to the preservation of the lighthouse by the City of New York Department of Parks & Recreation. The lighthouse is now a New York City Landmark and was relighted by the city in 2002. It was listed on the National Register of Historic Places as Jeffrey’s Hook Lighthouse in 1979.

Sonnet Project
The Little Red Lighthouse was the featured location for Sonnet 61, performed by Adam Donshik, directed by Jonathan Jacobson. The video was released on July 5, 2013

ACTOR – Adam Donshik
Adam Donshik was born in New York City but raised in the suburbs of Connecticut. From an early age he found himself surrounded by the arts: from playing the piano, violin and saxophone to performing in school plays. It wasn’t until high school, and the avoidance of mandatory sports, that Adam found his great love of acting.

When high school ended Adam was discouraged by his theatre director from actually studying acting at the collegiate level and, instead, chose to pursue the ever-fascinating study of Cognitive Neuropsychology at Carnegie Mellon University. Two years into the degree Adam wised up and auditioned for Carnegie’s prestigious College of Fine Arts. Four years later (six in total) Adam graduated with a BFA in Acting and a minor in Psychology. In addition to the degree, Adam also squeezed in two summers of training with Shakespeare & Co. in Lennox, MA and one summer in Oxford, England at the British American Drama Academy working with actors like Fiona Shaw, Derek Jacobi and Alan Rickman.

After graduating Adam moved to Los Angeles and immediately began studying at the Beverly Hills Playhouse with Milton Katselas. For twelve years Adam worked, studied and helped run the school. In that time he had the rare fortune to work closely with Katselas and to be directed in a one-man show by him.

Adam’s love of theatre once again resulted in a career-changing move when, in 2010, he auditioned for and was accepted into the Shakespeare Theatre Company’s Academy for Classical Acting at the George Washington University. He spent a year exploring and performing classical texts and working with prominent Artistic Director Michael Kahn and faculty including Gary Logan, Ellen O’Brien and Ed Gero. He graduated with his MFA in May 2011 and in 2012 Adam’s love for classical theatre lead him to co-found Hedgepig Ensemble Theatre with two of his classmates.

Adam has worked in all media: Television (“Deception,” “Jericho,” “CSI,” “Lie To Me”), Film (First Daughter, We Were One – for which he won best actor at the Elevate Film Festival), Theatre (Love’s Labor’s Lost, The Tenth Man, Henry V, Falling) and many national commercials. Please check out his resume for a more complete list of his work.

In addition to his acting accomplishments, Adam has recorded an album of original songs, designed numerous websites, edited 3 short films, directed plays and written the plays Pink Dot and (serial). In 2006, Pink Dot was adapted into the short film Game Day which was directed by Stephen Furst.

DIRECTOR – Jonathan Jacobson
A graduate of NYU’s Tisch Film School, Jonathan has been working professionally in New York’s film & television industry for close to twenty-years. He’s currently a staff producer/director at IKA Collective, where he creates book trailers and promotional videos for clients such as Google, Showtime, and Penguin Books. On the “non-professional side” he makes short films, writes screenplays, and is involved with various organizations creating live theater and general mayhem. Currently, his favorite two movies are “Local Hero” and “Real Genius.”

CAMERA – Konner Smith
Konner Smith was born and raised in Indianapolis, Indiana where he picked up the family VHS camcorder at a young age and has been creating stories ever since. After studying Telecommunications and Film Studies at Indiana University in Bloomington, he received the opportunity to intern at CONAN at Warner Brothers Studios in Hollywood, California. Following an amazing experience at CONAN, Konner returned to Indianapolis where he worked with 12 Stars Media Productions as a videographer and editor creating content for such companies as Simon Malls, Farm Bureau Insurance, The Children’s Museum of Indianapolis, and Eli Lilly. He recently moved to New York City where he has worked on a number of projects including music videos, commercials, web series, and short films.