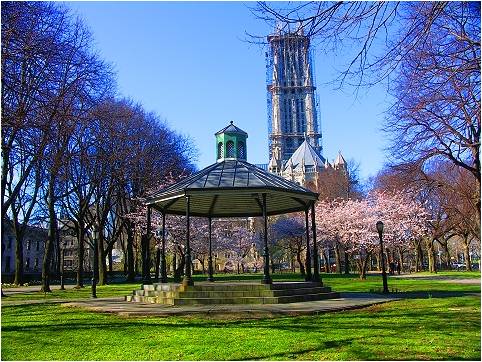 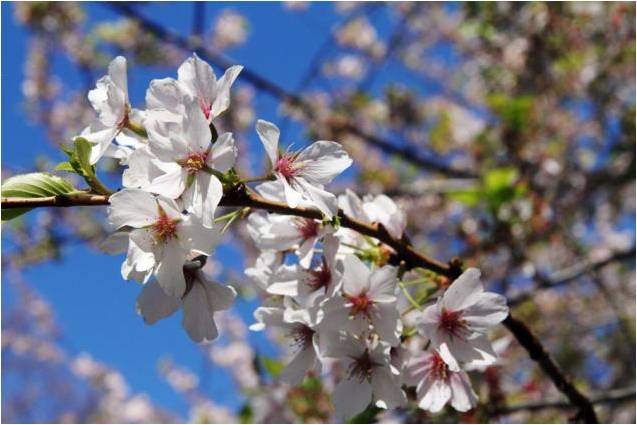 O! how much more doth beauty beauteous seem
By that sweet ornament which truth doth give.
The rose looks fair, but fairer we it deem
For that sweet odour, which doth in it live.
The canker blooms have full as deep a dye
As the perfumed tincture of the roses,
Hang on such thorns, and play as wantonly
When summer’s breath their masked buds discloses:
But, for their virtue only is their show,
They live unwoo’d, and unrespected fade;
Die to themselves. Sweet roses do not so;
Of their sweet deaths are sweetest odours made:
And so of you, beauteous and lovely youth,
When that shall vade, my verse distills your truth.


Analysis
Sonnet 54 espouses that truest beauty is the kind to leave something after it is gone, in this case the poetry inspired by the beloved.

Bill opines how much more beautiful beauty is when it is true. The rose is pretty but we make it seem even prettier based on its smell. Canker blooms (wild roses) have the same color as the perfumed roses. But this is all for show, they live unnoticed and disrespected and die alone. Roses do not have this fate, after they die you can still smell them. But Bill assures the youth that while his beauty and bloom will die with him, Bill’s words will linger like perfume after.

Will’s Wordplay
This poem is a comparison between two flowers that are representations of the youth’s beauty. Shakespeare compares these flowers, which vary greatly in their appearance, although they are essentially the same kind of flower, it is obvious that the “canker-blooms” or wild roses are less desirable than that the other.

Canker buds are also referred to as “unwooed”, like an undesirable woman.Although the wind plays wantonly with them,it is not serious wooing with the intention of marriage, and therefore they are left on the shelf. Poor wild roses…

Scholar’s Corner
Katharine Duncan Jones gives us the botanical business: “There is an additional problem about Shakespeare’s contrast between ‘The rose’ and ‘The canker blooms’. It is strongly implied that the latter have no scent, and cannot be distilled into rose-water: for their virtue only is their show… Yet it is clear that some wild roses, especially the sweet briar or eglantine, had a sweet, though not powerful, fragrance, and could be culled for distillation and conservation when better, red, roses were not available: their ‘virtues’ were identical”. [1]

Sakura Park, Manhattan
Enjoy the cherry blossoms in Sakura Park. Located between Riverside Church and International House, the Park owes its name to the more than 2000 cherry trees delivered to parks in New York City from Japan in 1912 as a gift from the Committee of Japanese Residents of New York.

This 18-day celebration, which commemorated the 100th anniversary of Robert Fulton’s innovative demonstration of the steam-powered boat on the Hudson River and the 300th anniversary of Henry Hudson’s discovery and exploration of that river, took place throughout the state of New York.  However, the steamer that carried the original delivery of cherry trees from Japan was lost at sea.  A new shipment of trees arrived in New York City in 1912, and they were planted in Riverside and Sakura Parks at that time.

Land for Sakura Park was purchased from John D. Rockefeller by the City of New York as an easterly extension of Riverside Park in 1896.  Also known as Claremont Park, this land directly east of Grant’s Tomb featured rolling terrain with a curvilinear path system and benches facing the Hudson.  With a donation from Mr. Rockefeller, the City hired the firm of Olmsted Brothers as landscape architects to redesign the park in 1932.

The two year process included grading the site and laying formal paths to create rectangular plots of grass and shrubs, enclosed by hedges and fencing.  A massive buttressed retaining wall, whose design reproduced that of the wall surrounding Kenilworth Abbey in England, was built on the eastern border of the park along Claremont Avenue. The park was reopened to the public on May 25, 1934.

A monument to General Daniel Butterfield (1831-1901) was erected in 1918 in the southeast corner of Sakura Park. Sculpted by Gutzon Borglum, who also designed Mount Rushmore, the bronze Butterfield monument depicts the Civil War hero standing on a rock with his arms crossed and hat cocked.  Butterfield, a Union soldier who rose to the rank of major-general and chief of staff of the Army of the Potomac, is best known for composing Taps, the melancholy bugle call performed during military funerals and memorial ceremonies.

A stone Japanese tori, or lantern, was donated to Sakura Park by the City of Tokyo and officially dedicated on ctober 10, 1960 with Crown Prince Akihito, now Emperor of Japan, and Princess Michiko in attendance.  A common fixture in traditional Japanese gardens, this tori was made from the native rock of Japan.  Its inscription read: “Presented by the citizens of the Metropolis of Tokyo to the citizens of the City of New York in celebration of the Tokyo-New York sister-city affiliation inaugurated on February 29th, 1960.”  In 1987, the Crown Prince and Princess personally rededicated the ten-foot tall lantern in a ceremony hosted by Mayor Edward I. Koch and Parks Commissioner Stern.

In 1981 the architectural firm of Quennell Rothschild Associates was engaged to renovate Sakura Park.  The capital reconstruction included the installment of a play area for toddlers and plantings of linden trees, barberry shrubs, and several varieties of Japanese cherry trees.  A pavilion, which is used as a performance space by the Manhattan School of Music, was also added to the park.

At the 1986 ribbon-cutting ceremony, Japanese Consul Hideo Nomoto stated: “In Japan, the sakura is a symbol of renewal and bright promise.  The appearance of their fragile blossoms each spring strikes a resonant note in all Japanese.  New Yorkers can enjoy cherry trees once again in Sakura Park, an island of calm on the hectic island of Manhattan.”[1]

Sonnet Project
Sakura Park was the featured location for Sonnet 54, performed by (name?), directed by (name?). The video was released on (date?)

ACTOR – Gabrielle Beans
Gabrielle (Gabby) Beans is a rising Senior double majoring in Neuroscience and Theater at Columbia University. The daughter of a physician and a military man, she has lead a rather nomadic existence having lived throughout the US and in Germany. Now however, she’s feeling strangely attached to the city and balks at the thought of moving away after graduation. She recently returned from Skidmore campus in gorgeous Saratoga Springs where she participated in the SITI Company Summer Intensive. Though acting has always been one of her passions, the joy of acting Shakespeare has been a more recent development. It is for this reason that Gabrielle is so excited to be part of the Sonnet Project, playing her part in helping others to access such rich and profound language!

DIRECTOR – Charlie Gillette
Charlie Gillette just graduated from Columbia University with a degree in film studies. She was a member of the King’s Crown Shakespeare Troupe all four years of college and is honored to be a part of the Sonnet Project. The next year will be full of changes and adventures as she prepares for the next stages in her career and life. Charlie hopes to continue acting and making films in New York City and of course bringing Shakespeare to everyone.