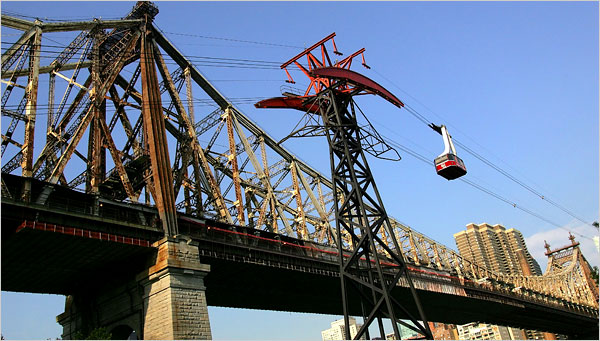 Thus can my love excuse the slow offence
Of my dull bearer when from thee I speed:
From where thou art why should I haste me thence?
Till I return, of posting is no need.
O! what excuse will my poor beast then find,
When swift extremity can seem but slow?
Then should I spur, though mounted on the wind,
In winged speed no motion shall I know,
Then can no horse with my desire keep pace.
Therefore desire, (of perfect’st love being made)
Shall neigh, no dull flesh, in his fiery race;
But love, for love, thus shall excuse my jade-
Since from thee going, he went wilful-slow,
Towards thee I’ll run, and give him leave to go.

Sonnet 51 sees the speaker on a journey away from his love on a slow horse, and dreaming of the day he will swiftly return.

Will asks his love if the horse can be forgiven for taking its sweet time. After all, it only parts the two of them. But should it behave similarly on the way back, what will its excuse be then? Then, he shall want to move like the wind, to fly, to go faster than any horse can go, on the fiery wings of desire. Therefore, he will travel on love, and let the horse go where it pleases.

“Dull bearer” and “poor beast” give the impression of an incredibly lackluster and broken down steed.

Will gives life to his desire, like a spirited stallion in a turbulent race, expressing its energy and eagerness to reach the goal. Not like the ordinary piece of dull horse flesh he’s been traveling with.

Recognizable to many as the setting for the climactic battle in Sam Raimi’s Spider-man (2002), The Roosevelt Island Tramway is an aerial tramway that spans the East River and connects Roosevelt Island to Manhattan. Prior to the completion of the Mississippi Aerial River Transit in May 1984 and the Portland Aerial Tram in December 2006, it was the only commuter aerial tramway in North America.[1]

Over 26 million passengers have used the tram since it began operation in 1976. Each cabin has a capacity of up to 110 people and makes approximately 115 trips per day. The tram moves at about 17.9 mph and travels 3,100 feet in 3 minutes. At its peak it climbs to 250 feet above the East River as it follows its route on the north side of the Ed Koch Queensboro Bridge, providing views of the East Side of midtown Manhattan. Two cabins make the run at fifteen-minute intervals from 6:00 a.m. to 2:00 a.m. (3:30 a.m. on weekends) and continuously during rush hours. It is one of the few forms of mass transit in New York City not run by the Metropolitan Transportation Authority, but uses the system’s MetroCard.

Roosevelt Island had been connected to Manhattan by a trolley line that crossed over the Queensboro Bridge from its opening in 1909. Trolleys to and from Queens stopped in the middle of the bridge to meet an elevator, which then took passengers down to the island. As the only connection to the rest of the city from the island, the trolley remained in service until April 7, 1957, long after most other trolley service had been dismantled in the city, and was the last trolley line in New York State. [2] At that time, a bridge to Queens was completed, requiring a roundabout trip to reach Manhattan.

Beginning in the mid-1970s, Roosevelt Island was redeveloped to accommodate low- to mid-income housing projects, necessitating the construction of a new public transit connection to the city. The trolley tracks had deteriorated beyond repair and the planned subway connection to the island had not yet been completed. In 1971 The Urban Development Corporation retained Lev Zetlin Associates to select and design a transit connection to Roosevelt Island. James A O’Kon PE led the LZA team in carrying out a feasibility study and design. Three alternate modes were studied: a ferry, an elevator from the bridge, and the aerial tramway. The tramway was selected and the system was designed for bidding. Von Roll was selected to supply and erect the tram and its equipment. It was opened in July 1976 as a temporary solution for the island’s commuting needs. As the subway project fell further behind schedule, the “tram” became more popular and was converted into a permanent facility. The subway connection to the island was finally completed in 1989.

The tram was the last holdout for the use of tokens in the New York City transit system. Initially, it used a special token, which was later replaced by the standard variety for subways and buses. Although tokens were phased out in favor of the MetroCard by 2003, the tram did not start to accept MetroCards until March 1, 2004. The fare is the same as that on the subways.

During the 2005 New York City transit strike, the tramway was one of the few intra-city public transportation systems still in operation. On April 18, 2006, at about 5:22 p.m. EDT, the two trams were stuck over the East River for seven hours because of mechanical problems, trapping 69 people. Rescue baskets capable of holding up to 15 people were sent up to the stranded cable cars at 10:55 p.m., with children and elderly going first, and each rescue taking about 20 minutes. These baskets also carried supplies to the trams, such as blankets, baby formula, and food, for the remaining passengers. [3]

The April 2006 incident was the second time in eight months that the tram system lost power. On September 2, 2005, more than 80 people were trapped on the tram for over 90 minutes. After that incident, state inspectors cited the Roosevelt Island Tramway for not having an operational diesel backup, or Motor-generator system. The State Department of Labor said the system did not pass electrical inspection and could not run when the April 18 power outage took place.

The tramway suspended operations after the April 2006 incident, reopening on September 1, 2006. The tram’s backup electrical systems were refurbished, and “in case of an emergency, each car now is equipped with blankets, water, food, and a toilet with a privacy curtain. Car attendants will carry cell phones with their radios.” [4]

On March 1, 2010, the tramway was closed as part of a $25 million project to upgrade and modernize the system. With the help of the French company Poma, all components were replaced except for the three tower bases. [5] Among the improvements, the new tram cables and cars are now allowed to operate independently of each other in a “dual-haul” system. Prior to this, the cars had to travel at the same time, which presented maintenance and emergency response issues. [6] The old cabins may be preserved on Roosevelt Island and/or a museum. The tramway reopened November 30, 2010, at 11 a.m.The project was completed in nine months, two months longer than originally planned.

Brian has worked previously with NY Shakespeare Exchange in Pericles (Pericles). Recent regional credits include: A Midsummer Night’s Dream (Demetrius), Macbeth (Lennox/Young Siward), Taming of the Shrew (Hortensio), and Of Mice and Men (Slim). Brian worships Mark Rylance and is very likely in love with him. Brian is a graduate of the Boston University School of Theatre.

Adam Bradley is an all-terrain artist: actor, writer, producer, director, and teacher, who has worked and taught all over the world. He has performed in New York, Toronto, Prague, Vancouver, and Edmonton; has had plays produced in Prague and Toronto, has shot short films in Vancouver, Edmonton, and Prague, and has directed theatre in Toronto. He has written four full-length plays, one short play, and has written, directed, and/or produced seven short films. He has also written five feature-length screenplays, three of which are in development, one of which – Cubicle Warriors – will be released theatrically by Main Street Films in early 2014, and one of which – Yesterday Last Year – was shot in 9 days on a budget of $4,500 and is currently in post-production.

His experience working behind the camera, combined with his understanding of the actors’ craft and his willingness to do whatever it takes to get things done, give him a fantastic foundation as an up-and-coming producer. He and his wife Amelia have created a production company, Well-Drawn Dog Productions, whose motto is: “A well-drawn dog is better than a badly-drawn lion,” and which is devoted to telling good stories on modest budgets. Adam and Amelia have set themselves the extraordinarily ambitious goal of producing one short film a month during of 2014, and they’re currently looking for collaborators (contact adam@welldrawndog.com if you’re interested in more information.)