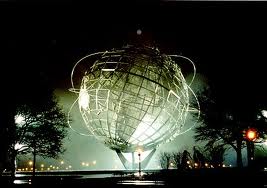 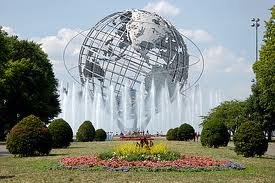 If the dull substance of my flesh were thought,
Injurious distance should not stop my way;
For then despite of space I would be brought,
From limits far remote, where thou dost stay.
No matter then although my foot did stand
Upon the farthest earth removed from thee;
For nimble thought can jump both sea and land
As soon as think the place where he would be.
But ah! thought kills me that I am not thought,
To leap large lengths of miles when thou art gone,
But that, so much of earth and water wrought,
I must attend time’s leisure with my moan,
Receiving nought by elements so slow
But heavy tears, badges of either’s woe.


Analysis
In Sonnet 44, the speaker wishes he could move with at the speed of thought to his lover’s side, but must content himself with waiting.

If Willy could travel with the ease and speed of thoughts, he and his love could always be together. But thinking of being a thought is, itself, a killing thought. No, a body composed of the two heavy elements, earth and water, must patiently wait for a reunion. The only profit from these two coarse elements is the heaviness of his tears, which bear witness to both parties’ sorrow.

Will’s Wordplay
The use of the word “heavy” throughout refers to heavy, or solid, elements of the body. Solid elements of the flesh cause heavy sorrow. Thought is light, immaterial, and brings happiness

Unisphere, World’s Fair Park
Visible from a distance and a known widely from its appearance in Men In Black, the Unisphere is a 12-story high, spherical stainless steel representation of the Earth. Located in Flushing Meadows – Corona Park in the borough of Queens. The Unisphere is one of the borough’s most iconic and enduring symbols.

Commissioned to celebrate the beginning of the space age, the Unisphere was conceived and constructed as the theme symbol of the 1964–1965 New York World’s Fair. The theme of the World’s Fair was “Peace Through Understanding” and the Unisphere represented the theme of global interdependence. It was dedicated to “Man’s Achievements on a Shrinking Globe in an Expanding Universe”.

Construction
Designed by landscape architect Gilmore D. Clarke, the Unisphere was donated by the United States Steel Corporation and constructed by the American Bridge Company. It is the world’s largest global structure, rising 140 feet and weighing 700,000 pounds. Some sources say the Unisphere weighs 900,000 pounds, a figure which includes the additional weight of its 100-ton inverted tripod base. The diameter of the sphere itself is 120 feet. It is constructed of Type 304L stainless steel.

Built on the structural foundation that supported the Perisphere of the 1939–1940 New York World’s Fair, the Unisphere is centered in a large, circular reflecting pool and is surrounded by a series of water-jet fountains designed to obscure its tripod pedestal. The effect is meant to make Unisphere appear as if it is floating in space.

During the fair, dramatic lighting at night gave the effect of sunrise moving over the surface of the globe. Additionally, the capitals of nations were marked by lights. One of these lights is placed at the location of the Kahnawake Indian Reservation, which the Mohawk ironworkers requested to be placed there to honor their labor.[1]

Three large orbit rings of stainless steel encircle the Unisphere at various angles. These orbit rings are believed to represent the tracks of Yuri Gagarin, the first man in space, John Glenn, the first American to orbit the Earth, and Telstar, the first active communications satellite. In fact, the early design was to have a ring for each of a dozen satellites in place at the time of the Fair. This proved impractical not only in the number of satellites, but also in the height of their orbits and the fact that geostationary satellites had no orbit path. As a result a symbolic number of three was chosen for aesthetic reasons.

Rehabilitation
In 1989, the New York City Department of Parks and Recreation announced a multi-million dollar rehabilitation of Flushing Meadows-Corona Park. Among the projects was a complete restoration of the Unisphere. Begun in late 1993 and completed on May 31, 1994, the project included numerous structural repairs and removal of years’ worth of grime which had accumulated on the steel. The fountains, shut off since the 1970s, were replaced, and new floodlighting installed.

The Unisphere’s fountain reopened on August 12, 2010, after a $2 million restoration of its pumps, valves and paintwork.[2]

Structural Foundation
The marshy soil of Flushing Meadows needed special consideration during the original 1937 Perisphere construction for the 1939 World’s Fair. The Perisphere, and subsequently the Unisphere, which used the same platform, employed a foundation of 528 pressure-creosoted Douglas fir piles of 95 to 100 feet in length. Before construction of the Unisphere, three piles were tested for structural integrity and all were found to be sound throughout their entire length.[3]

Sonnet Project
The Unisphere was the featured location for Sonnet 44, performed by Kevin Brewer, directed by Sean Gannett. The video was released on May 21, 2103.

SEAN GANNET – Director
Sean Gannet was born to drive slow, dance fast, and make movies. He is currently in post-production on his first feature film, Chasing Taste. He is also in post-production on two short films: The Poets written by Lori Fischer and starring Susan Louise O’Connor and Jeff Hiller, and 99¢ Tuxedo starring Ryan Good and Kate Holland.

Gannet also frequently works with the TED Conferences (www.ted.com) and recently produced and directed video content at TEDActive 2013 and was the the Technical Project Manager for the TED Worldwide Talent Search which featured TED events in 14 countries across 6 continents and resulted in the recording of 292 talks.

In directing, Gannet previously helmed two short films in NYC: Dottie’s Thanksgiving Pickle starring the Tony-Nominated Actress Nancy Opel and Academy Award-winner Olympia Dukakis and The One That I Want, a musical comedy made as a part of RIPFEST’s Collaborative Film Project.

Gannet has also facilitated the production of many projects in various producing capacities. He line-produced TEDx GreatPacificGarbagePatch, the TED Prize MissionBlue Conference in the Galapagos Islands and associate-produced Paramount’s The Love Guru, which was the culmination of three years of close work with Mike Myers and Myers’ production company Nomoneyfun Films. While there, Gannet helped develop several projects with Myers including extensive work on Dreamworks’ Shrek The Third and the ABC Christmas special Shrek the Halls.

Gannet graduated from Northwestern University’s Radio/Television/Film program with honors for Production Excellence.In addition to his propensity for writing and directing, Sean is a road-trip enthusiast, celebrated turkey chili chef, and lauded amateur dancer for whom crowds of strangers have oft circled-up to watch him shake it. Sean currently lives, works and plays in Brooklyn, the only city for which he has ever been homesick.