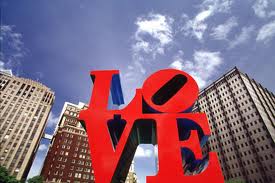 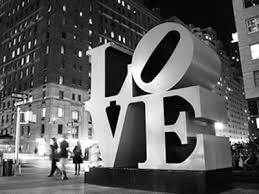 Take all my loves, my love, yea take them all;
What hast thou then more than thou hadst before?
No love, my love, that thou mayst true love call;
All mine was thine, before thou hadst this more.
Then, if for my love, thou my love receivest,
I cannot blame thee, for my love thou usest;
But yet be blam’d, if thou thy self deceivest
By wilful taste of what thyself refusest.
I do forgive thy robbery, gentle thief,
Although thou steal thee all my poverty:
And yet, love knows it is a greater grief
To bear love’s wrong, than hate’s known injury.
Lascivious grace, in whom all ill well shows,
Kill me with spites yet we must not be foes.


Analysis
Sonnet 40 sees the poet’s loved one, likely the fair youth, has stolen his mistress, but the poet forgives him.

Willy asks his beloved why he would seduce another whom he loves? Doing so produces no gains of love on their part. All that he possesses was already theirs. If, instead of loving him, they love the person he loves, he can’t really assign blame, because it is merely an extension of love. He forgives the subject, even though they steal the little that he has, and even though it is well known that an injury inflicted by a supposed lover is far worse than an insult from an enemy. But everything bad is made to look good on his beloved, and even if with these wrongs against him prove deadly, he will not be their enemy.

Will’s Wordplay
“wilful taste” refers to the youth’s sexual experience, wanton use and enjoyment. The suggestion is that the youth’s better part declines to take advantage of the situation, but his lustful nature dominates and encourages him to seize the opportunity.

LOVE Sculpture
Let me count the ways… LOVE is a sculpture by American artist Robert Indiana. It consists of the letters LO (with the O canted sideways) over the letters VE. The image was originally designed as a Christmas card for the Museum of Modern Art in 1964.

The original three-dimensional version of LOVE is made of COR-TEN steel and has been on exhibit at the Indianapolis Museum of Art since 1970. The LOVE design has been reproduced in a variety of formats. Likewise, the sculpture has been recreated in multiple versions and a variety of colors, and is now on display around the world– the one in New York City resides at the corner of 55th St and 6th Avenue. While it was first made in English, versions of the sculpture exist in Hebrew, Chinese, Italian and Spanish.

Sonnet Project
The LOVE sculpture was the featured location for Sonnet 40, performed by Bridget Crawford, directed by Bruce “Master B” Baek. The video was released on July 10, 2013.

ACTOR – Bridget Crawford
Bridget Crawford is a New York-based actor. Favorite roles include Helena in Midsummer Night’s Dream, Ophelia in Hamlet and Miranda in The Tempest. When not speaking in verse, Bridget can be found scatting her way around town as the lead singer in the vintage swing band, Gin Fizz.

DIRECTOR – Bruce “Master B” Baek
Bruce “Master B” Baek is an American theatre director, film director, producer and actor. He has directed theatre productions and films such as Dejavu (1997), 3/14 (1998), Second Chance (2001), Three Women dating Henry (2005), Loose Ends (2011), Echoes (NYC Theatre Directors’ Project 2012), Killers and Other Family (2012). Bruce also played a lead role in Salsa (Oliver) during the 2nd annual Venezuelans in NYC festival in 2011. His institutional film, Green Print was nominated and awarded with a gold medal at 2010 Service Industry Advertising Award (SIAA). Bruce enrolled in graduate film program at Tisch School of the Arts, New York University where he studied film directing under the world-class directors like Spike Lee, William Railey, Boris Frumin. He is also an alumnus of the prestigious Lee Strasberg Theater & Film Institute where he received a full scholarship to study the Strasberg’s ‘method’ acting and intensely trained by teachers like Anna Strasberg, Irma Sandrey, Paul Calderon, Robert Ellermann, Ted Zurkowski, Geoffery Horne. He was nominated and received the Presidential Excellence Award in teaching from New York Institute of Technology where he served as an assistant professor of film studies & productions. Bruce is a full member of Stage Directors and Choreographers society (SDC) and operating his own NYC based motion picture and theatre production company, NeverEnds Films & Entertainment, LLC (www.neverendsfilms.com)

DIRECTOR OF PHOTOGRAPHY – Paul Demonte
Paul Demonte is an American filmmaker and an editor. He credits his grandparents for creating his love for film with the classic black and white “pictures” always playing on TV.  Paul’s true passion came when he started video editing in 2005. He received both BA and MA in Communication Arts from New York Institute of Technology-Manhattan. During his college years he worked on two international documentaries shooting in Beijing, China and Paris, France. In 2010, Paul started his independent production company, The Dog Ate It Productions (www.thedogateitproductions.com) and has worked on numerous projects ranging from New York City museum and union promos, to short films and documentaries.