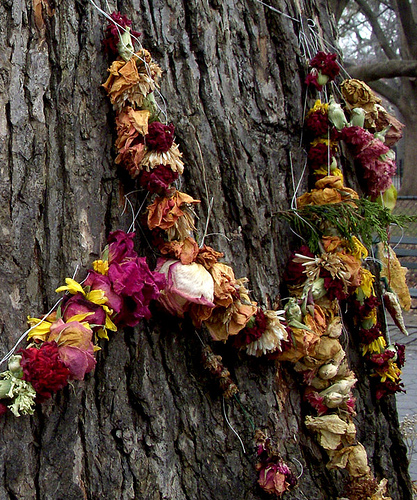 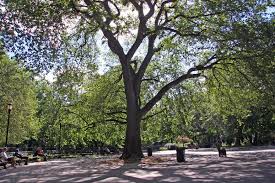 No more be grieved at that which thou hast done:
Roses have thorns, and silver fountains mud:
Clouds and eclipses stain both moon and sun,
And loathsome canker lives in sweetest bud.
All men make faults, and even I in this,
Authorizing thy trespass with compare,
Myself corrupting, salving thy amiss,
Excusing thy sins more than thy sins are;
For to thy sensual fault I bring in sense,
Thy adverse party is thy advocate,
And ‘gainst myself a lawful plea commence:
Such civil war is in my love and hate,
That I an accessary needs must be,
To that sweet thief which sourly robs from me.

Analysis
Sonnet 35 begs its subject, who has committed some kind of wrong, not to feel sorry, and argues so well in the injurers offense that the injured is hurting himself

Here, William beseeches his love not to apologize for what he did; everything in nature is flawed or subject to imperfection. All people commit errors; as Will is failing in this effort to make his subject feel better, thus corrupting himself by forgiving you. To forgive a sensual fault, he uses his common sense. Though he has been wronged, he defends the culprit, and as a result, argues against his own interests. Indeed, his feelings of love and hate are so confused that he may as well be an accomplice to his own abuser.

Will’s Wordplay
A canker refers to a type of worm that eats sweet plants; a pest that robs the world of nice things.
A “sensual fault” can either involve one of the five senses or be a sin of lust.
The latter half of the sonnet introduces legal terminology, a break from the biblical and theological language of sin and redemption.

Hare Krishna Elm Tree, Tompkins Square Park
One of Tompkins Square Park’s most prominent features is its collection of American Elm trees. It is rare today to find such a collection of American elms, since many of the mature elms planted across the country have been killed by Dutch Elm Disease. This incurable disease swept across the United States in the 1930s and remain a threat to the park’s collection of elms. Despite having lost at least 34 of the trees, Tompkins Square Park still hosts a large assemblage of elms, which continue to this day to enchant park patrons. American elm trees are known for their towering canopies, which provide abundant shade throughout the spring, summer, and fall.

One elm in particular, located next to the semi-circular arrangement of benches in the park’s center, is important to adherents of the Hare Krishna religion. After coming to the United States in September, 1965, A.C. Bhaktivedanta Swami Prabhupada (1896–1977), the Indian spiritual leader, founded the International Society for Krishna Consciousness in New York. He worked from a storefront on nearby Second Avenue that he used as the Society’s American headquarters. Prabhupada and his disciples gathered in Tompkins Square Park in the fall of 1966 to introduce the East Village to the group’s distinctive 16-word mantra:

On October 9, 1966, Prabhupada and his followers sat beneath this tree and held the first outdoor chanting session outside of India. Participants chanted for two hours as they danced and played cymbals, tambourines, and other percussive instruments. Prabhupada’s diverse group that day included Beat poet Allen Ginsberg. The event is seen as the founding of the Hare Krishna religion in the United States, and the tree is treated by Krishna adherents as a significant religious site.[1]

Sonnet Project
The Hare Krishna Elm was the featured location for Sonnet 35, performed by Tom White, directed by Jason Bruffy. The video was released on August 14, 2013.

ACTOR – Tom White
Tom began studying acting at age 8 when his mother enrolled him in youth acting classes. He quickly learned not to hold papers in front of his mouth while speaking and also not to leave his hands folded in front of his crotch. He still finds both lessons incredibly valuable. More recent work includes: NYC Off-Broadway: Spring at the Willowbrook Inn(World Premiere – Fresh Fruit Festival). Regional Credits: Bike America (World Premiere – Alliance Theater); Emma (World Premiere), Inherit the Wind, Angels in America, Arcadia, Autobahn, All’s Well That Ends Well (Cleveland Playhouse/CPH MFA); The Merry Wives of Windsor, You Can’t Take It With You (Great Lakes Theater Festival); Dream/Home (World Premiere), Matt and Ben, This is Our Youth, The Death of Frank , Heaven and Hell (Dobama Theater). Television: “The Good Wife” (CBS), “Gossip Girl” (CW). Tom was also one of the core artists in Hendrick’s Gin one-of-a-kind happening “Voyage to the Unusual” that toured the country. He will appear in the NYC premiere of Bike America at Ma-Yi Theater Company this Fall. Tom continues to study improvisation with the Upright Citizens Brigade and holds an MFA from the Case Western Reserve University / Cleveland Playhouse Acting Program.

DIRECTOR – Jason Bruffy
Jason Bruffy is a NY based director and producer for Theatre and Film. Most recently he has completed directing the debut music video of pop artist Ginn Doll (Boyfriend for the Night). Bruffy has worked Off-Broadway as Associate Producer of Soho Rep (Obie Award winning Born Bad) and Ensemble Studio Theatre. Bruffy served as Producing Artistic Director of both Know Theatre of Cincinnati for 7 years as well as the Salt Lake Acting Company. He is also the founder of the Cincinnati Fringe Festival, now in its 11 season. Other companies include: The Claque (NYC), 45th St Theatre (NYC), Interact Theatre (PA), Orlando Shakespeare Theatre (FL), Florida Studio Theatre, Spoleto Festival USA (SC), Cincinnati Opera (OH), Cincinnati Shakespeare Company (OH), and Wayside Theatre (VA). Bruffy is also the founding producer of the Cincinnati Fringe Festival, entering into its tenth season as the largest performing arts festival in Ohio.

Bruffy’s notable directing credits include: Collapse by Allyson Moore, Militant Language: A Play with Sand by Sean Christopher Lewis (Rolling-World Premiere), The Last Days of Judas Iscariot by Stephen Adly Guirgis (2nd US Prod), See What I Wanna See by Michael John LaChiusa (2nd US Prod), 4.48 Psychosis by Sarah Kane, Streamers by David Rabe and a multi-media production of Hamlet. Bruffy has developed work with writers including Mark Holman (Tony Award, Urinetown), Sean Christopher Lewis (Smith Prize), and Mark Brown. Beyond the stage Bruffy has directed music videos for artists Ginn Doll and Clarence Bucaro, as well work as a director, editor and AD on numerous short film and web media projects. Jason Bruffy is co-Producer of BS&B Meida and a proud Member of the Society of Stage Directors and Choreographers (SDC). www.jasonbruffy.com