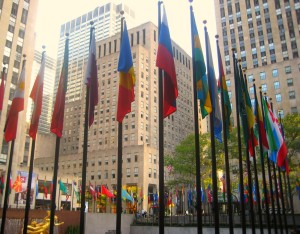 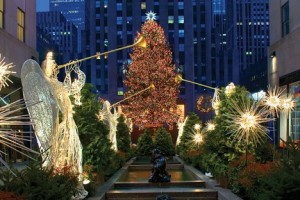 Why didst thou promise such a beauteous day,
And make me travel forth without my cloak,
To let base clouds o’ertake me in my way,
Hiding thy bravery in their rotten smoke?
‘Tis not enough that through the cloud thou break,
To dry the rain on my storm-beaten face,
For no man well of such a salve can speak,
That heals the wound, and cures not the disgrace:
Nor can thy shame give physic to my grief;
Though thou repent, yet I have still the loss:
The offender’s sorrow lends but weak relief
To him that bears the strong offence’s cross.
Ah! but those tears are pearl which thy love sheds,
And they are rich and ransom all ill deeds.

Analysis
Sonnet 34 compares broken promises from a lover to an unexpected cloudburst. Apologies might be too little too late, but

Shakespeare accuses his beloved offering him warmth and love, causing him to be unprepared for the lack of it. He compares this to leaving your house without a coat on an unexpectedly cool day. It is not enough that his beloved returns like sunshine breaking through the clouds to apologize, drying his tears, because no one can speak well of a remedy that heals the wound but does not remove the disgrace of having been wounded. Two wrongs don’t make a right; although you repent, he still feels injured, and an offender’s guilt offers little solace to the person who must bear the burden of the offense. However, his beloved’s tears are as precious as pearls, so valuable that they redeem all your his ill deeds.

Will’s Wordplay
“the rain on my storm-beaten face” is an illusion to tears. Just picture Shakespeare all puffy from crying…

A “salve” is a healing ointment. Apologies were meant to be a balm to Bill’s sadness, but alas!

Rockefeller Center, Manhattan
You won’t find Liz Lemon here anymore, but in Rockefeller Center you will find a complex of 19 commercial buildings covering 22 acres between 48th and 51st streets in New York City. Built by the Rockefeller family, it is located in the center of Midtown Manhattan, spanning the area between Fifth and Sixth Avenues. It was declared a National Historic Landmark in 1987. [1]

Rockefeller Center represents a turning point in the history of architectural sculpture: it is among the last major building projects in the United States to incorporate a program of integrated public art. Sculptor Lee Lawrie contributed the largest number of individual pieces – twelve – including the statue of Atlas facing Fifth Avenue and the conspicuous friezes above the main entrance to the RCA Building.

Paul Manship’s highly recognizable bronze gilded statue of the Greek legend of the Titan Prometheus recumbent, bringing fire to mankind, features prominently in the sunken plaza at the front of 30 Rockefeller Plaza. Some sources cite it as the fourth-most familiar statue in the United States, behind the Lincoln Memorial, Mount Rushmore, and the Statue of Liberty. The model for Prometheus was Leonardo (Leon) Nole, and the inscription from Aeschylus, on the granite wall behind, reads:

“Prometheus, teacher in every art, brought the fire that hath proved to mortals a means to mighty ends.”

A large number of other artists contributed work at the Center, including Isamu Noguchi, whose gleaming stainless steel bas-relief, News, over the main entrance to 50 Rockefeller Plaza (the Associated Press Building) was a standout. At the time it was the largest metal bas-relief in the world. Other artists included Carl Milles, Hildreth Meiere, Margaret Bourke-White, Dean Cornwell, and Leo Friedlander.

In 1932, the Mexican socialist artist Diego Rivera (whose sponsor was Museum of Modern Art and whose patron at the time was Abby Aldrich Rockefeller, the wife of John D. Rockefeller, Jr.), was commissioned by their son Nelson Rockefeller to create a color fresco for the 1,071-square-foot wall in the lobby of the then RCA Building. This was after Nelson had been unable to secure the commissioning of either Matisse or Picasso. Previously Rivera had painted a controversial fresco in Detroit entitled Detroit Industry, commissioned by Abby and John’s friend, Edsel Ford, who later became a MoMA trustee. Thus it came as no real surprise when his Man at the Crossroads became controversial, as it contained Moscow May Day scenes and a clear portrait of Lenin, not apparent in initial sketches. After Nelson issued a written warning to Rivera to replace the offending figure with an anonymous face, Rivera refused (after offering to counterbalance Lenin with a portrait of Lincoln), and so he was paid off and the mural papered over at the instigation of Nelson, who was to become the Center’s flamboyant president. Nine months later, after all attempts to save the fresco were explored – including relocating it to Abby’s Museum of Modern Art – it was destroyed as a last option. [2]

Rivera’s fresco in the Center was replaced with a stunning, larger mural by the Spanish Catalan artist Josep Maria Sert, titled American Progress, depicting a vast allegorical scene of men constructing modern America. It contains the figures of Abraham Lincoln, Mahatma Gandhi, and Ralph Waldo Emerson, and it is wrapped around the west wall of the Grand Lobby at 30 Rock.[3]

Sonnet Project
Rockefeller Center was the featured location for Sonnet 34, performed by (name?), directed by (name?). The video was released on (date?)

NOAH SCHECHTER – Director
Noah is a director, writer, and from Baltimore, Maryland. Most recently he appeared in New Saloon’s William Shakespeare’s Mom and assistant directed Natasha, Pierre, and the Great Comet of 1812 (Ars Nova). He performs with the improv team Jimmy Fedora and has trained at the Upright Citizens Brigade Theater. Noah is a graduate of Williams College where he created and directed M@cb#!h, an original clown piece inspired by Shakespeare’s Scottish play. While at Williams Noah also performed with the improv team Combo Za and wrote and directed for the Sketch Comedy Team D.H.S. Noah has trained at Shakespeare&Company in Lennox, Ma and studied martial arts for over seven years. Noah is currently devising a new clown piece inspired by Moby Dick, and several other pieces for the stage and screen.