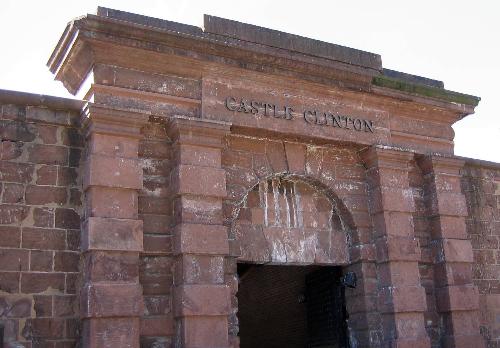 How can I then return in happy plight,
That am debarred the benefit of rest?
When day’s oppression is not eas’d by night,
But day by night and night by day oppressed,
And each, though enemies to either’s reign,
Do in consent shake hands to torture me,
The one by toil, the other to complain
How far I toil, still farther off from thee.
I tell the day, to please him thou art bright,
And dost him grace when clouds do blot the heaven:
So flatter I the swart-complexion’d night,
When sparkling stars twire not thou gild’st the even.
But day doth daily draw my sorrows longer,
And night doth nightly make grief’s length seem stronger.

Sonnet 28 reflects on the opposition of day and night, and how both find ways to make the speaker sad for not being with the one he loves.

Shakespeare is removed from his beloved, and he sees a conspiracy between night and day: they wish to torment him with a day of toil and a night of restlessness. He tries to quiet both by telling them that his beloved youth makes them more glorious by just existing. But this has no effect and he is forced to continually reflect on his own sorrows, as during the day he cannot be with the youth for all his working, and at night cannot sleep for continually thinking of him.

“do in consent shake hands to torture me” creates an image of the day and night making a bargain, conspiratorially. Perhaps the man in the moon and the face of the sun shook on it?

“twire” is to twinkle

“Castle Clinton National Monument has seen many changes in the growth and culture of New York City. The structure was one of the New York Harbor forts built just before the War of 1812. Later it became a great entertainment complex, then an important immigrant processing station, and then an aquarium. There is no better example of historic adaptive reuse then Castle Clinton National Monument. Saved from complete destruction, the National Park Service carried out a restoration campaign, completed in 1975, that restored the structure to its original fortress configuration.

The United States declared War on Great Britain on June 12, 1812. The declaration was the result of long simmering disputes with Great Britain. The central dispute surrounded the impressment of American soldiers by the British… During the Battle of Bladensburg (August 24, 1814), the British marched into Washington, D.C., and burned most of the public buildings. President James Madison had to flee into the countryside. The British then turned to attack Baltimore but met stiffer resistance and were forced to retire after the American defense of Fort McHenry, which inspired Francis Scott Key to write the words of the “Star-Spangled Banner.”

Southwest Battery was constructed on the rocks off the tip of Manhattan between 1808 and 1811. The fort was fully armed with 28 cannons. Each cannon could shoot a 32 pound cannonball a distance of 1.5 miles. On March 27, 1812, General Joseph Bloomfield was appointed to the command of all the fortifications in New York City and harbor. He established his headquarters at Southwest Battery.

The four forts in the harbor kept the British Navy at bay and Southwest Battery never had occasion to fire upon the enemy.In 1817, the fort was renamed Castle Clinton in honor of Dewitt Clinton, Mayor and later Governor of New York.

In 1823 the fort was deeded to New York City. The following summer a new restaurant and entertainment center opened at the site, renamed Castle Garden. A roof was added in the 1840s, and Castle Garden served as an opera house and theater until 1854. Many new inventions were demonstrated there, including the telegraph, Colt revolving rifles, steam-powered fire engines, and underwater electronic explosives.

Opera singer Jenny Lind, the “Swedish Nightingale,” made her American debut here in 1850. She was brought to America by none other than P.T. Barnum, famous for his American Museum full of “freaks,” and later the famous circus which bears his name today.

On August 3, 1855, Castle Garden opened as an immigrant landing depot. The creation of Castle Garden, the official immigrant processing center in the nation, represented a country at a crossroads, signaling a change in American immigration policy, and in the ways through which immigrants became Americans.

With the Federal government taking control of immigration and the opening of Ellis Island, Castle Garden’s time as an immigration center ends. The building was remodeled once again and reopened as the New York City Aquarium on December 10, 1896. The exotic fish and Beluga whale made the aquarium one of the city’s most popular attractions. With over 30,000 visitors on opening day the aquarium averaged over 5,000 people per day. The New York City Aquarium was relocated to Coney Island in 1941.

Saved from demolition in 1946, the Castle was restored to its original design by the National Park Service. The site reopened in 1975 as Castle Clinton National Monument.

Today the site houses the ticket office for the Statue of Liberty. Castle Clinton receives an annual visitation over 3 million making it one of the most visited National Park Service sites in the country. The fort originally built to keep people out now welcomes visitors from all over the world.” [1]

David Blatt is an actor and writer, hailing from New York City. On stage some favorite roles include, Friar Lawrence in Romeo and Juliet (SBST), The Maquis de Sade in MARAT/SADE (EgoPo), Ben Israel in New Jerusalem (Lantern), Tranio in The Taming of the Shrew (Greenwoods) & Macbeth in Macbeth (Delaware Shakespeare Festival). He is the star of the comedy web series The Adventures of Shakespeare & Watson: Detectives of Mystery, and has appeared on screen in several independent films, including Drop Dead Gorgeous (Winner First Glance Film Fest 2012), and on television in Fatal Attractions (Animal Planet) and The Conquest of America (The History Channel). His writing has appeared in the magazine, Lovers & Other Strangers, and for a short time he covered fights at The Great Western Forum for The USA Boxing News. Training: M.F.A. Temple University, B.A. University of California at Berkeley.

Christopher Piazza is a Brooklyn based director, writer and director of photography. He’s the director/co-writer of the comedy web series The Adventures of Shakespeare & Watson: Detectives of Mystery. He is also the director and creator of the music web series All Axis Music and Panopticon360. As a director of photography, he has shot commercials (DirecTV, Chobani), television shows (Househunters International, The Artist’s Den) and well over 100 concerts for artists such as Beyonce, Eminem, Robert Plant, the Bonnaroo music festival and many more.