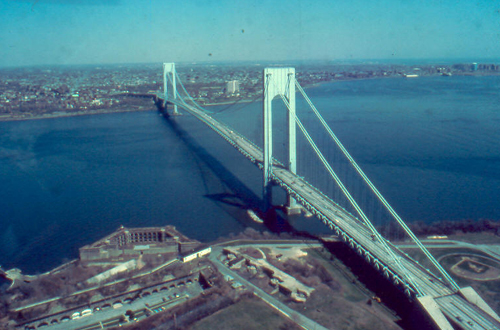 Weary with toil, I haste me to my bed,
The dear repose for limbs with travel tired;
But then begins a journey in my head
To work my mind, when body’s work’s expired:
For then my thoughts–from far where I abide–
Intend a zealous pilgrimage to thee,
And keep my drooping eyelids open wide,
Looking on darkness which the blind do see:
Save that my soul’s imaginary sight
Presents thy shadow to my sightless view,
Which, like a jewel hung in ghastly night,
Makes black night beauteous, and her old face new.
Lo! thus, by day my limbs, by night my mind,
For thee, and for myself, no quiet find.

Sonnet 27 plays with the duality of night and day, with day being full of work and night full of beauty because that is when the speaker can think on his lover.

Here Willy reflects on how thoughts of his beloved keep him awake, and even in darkness the image floats before him, like a jewel on a night-dark background, making the night beautiful. By day he is made weary by work and travel, and by night rest is denied him, for he has to make journeys in his mind to attend on the loved one, who is far away.

This sonnet is the only one in the canon that is pangrammatic. A pangram or holoalphabetic composition uses every letter of the alphabet at least once!

If you live on Staten Island you’re familiar with “the bridge”– and you get a break on the toll! The Verrazano-Narrows Bridge (sometimes called simply the Verrazano Bridge) is a double-decked suspension bridge that connects the boroughs of Staten Island and Brooklyn. It spans the Narrows, a body of water connecting the relatively protected upper bay with the larger, wide open lower bay.

“When it opened in 1964, the Verrazano-Narrows Bridge was the world’s longest suspension span. The ends of the bridge are at historic Fort Hamilton in Brooklyn and Fort Wadsworth in Staten Island, both of which guarded New York Harbor at the Narrows for over a century. The bridge was named after Giovanni da Verrazano, who, in 1524, was the first European explorer to sail into New York Harbor.

Its monumental 693 foot high towers are 1 5/8 inches farther apart at their tops than at their bases because the 4,260 foot distance between them made it necessary to compensate for the earth’s curvature. Each tower weighs 27,000 tons and is held together with three million rivets and one million bolts. Seasonal contractions and expansions of the steel cables cause the double-decked roadway to be 12 feet lower in the summer than in the winter.

Located at the mouth of upper New York Bay, the bridge not only connects Brooklyn with Staten Island but is also a major link in the interstate highway system, providing the shortest route between the middle Atlantic states and Long Island.

In Brooklyn, the bridge connects to the Belt Parkway and the Brooklyn-Queens Expressway and to the largely residential community of Bay Ridge. On Staten Island, which saw rapid development after the bridge opened in 1964, it joins the Staten Island Expressway, providing access to the many communities in this most rural of the city’s five boroughs.” [1]

CARRIE PRESTON played Arlene Fowler on HBO’s TRUE BLOOD, which ran for 7 seasons. She currently has recurring roles on three TV shows: the scatterbrained, genius lawyer Elsbeth Tascioni on THE GOOD WIFE (for which she won an Emmy award) Mr. Finch’s love interest, Grace, on PERSON OF INTEREST and Debbie, opposite Steve Coogan, on the upcoming Showtime series HAPPYISH

Also a director/producer with Daisy 3 Pictures, she directed the feature THAT’S WHAT SHE SAID, starring Anne Heche, Marcia DeBonis and Alia Shawkat which premiered at the 2012 Sundance Film Festival and is available on all platforms. Her latest directorial project is DARWIN: THE SERIES available on YouTube.

Born in Detroit, Michigan, Monica has lived all over the country (and the globe) in places such as Los Angeles, Chicago, New York, Lake Tahoe, San Diego and Seoul, Korea. Weaving her life experiences into the roles she plays, her character portrayals create a rich tapestry that displays a wide range of skill from drama to comedy.

After taking a hiatus from acting to complete her undergraduate studies, co-found a company, and begin a family, Monica returned to the craft. She currently works predominantly in film (SMALL BEGINNINGS) and television (MY CRAZY LOVE). She recently played the lovable and tipsy Jen Meyers in CINEMA PURGATORIO, a feature film that won Best Comedy and Audience Favorite at the 2015 Beaufort International Film Festival.

Monica travels as much as possible and divides her free time between family and friends, teaching yoga (she’s a 500-Hr Certified E-RYT), cooking, reading, and charitable endeavors. For more info, please visit www.MonicaEvaFoster.com.

MICHAEL DUNAWAY is the producer and director of 21 YEARS: RICHARD LINKLATER, a New York Times Critics Pick starring Matthew McConaughey, Ethan Hawke, Julie Delpy, Jack Black, Billy Bob Thornton, Keanu Reeves, and more; and of THE MAN WHO ATE NEW ORLEANS, which included Morgan Spurlock, Tory McPhail, and the Rebirth Brass Band. He is also the Creative Producer and Director of Programming for the Sarasota Film Festival (“Indie Film’s Best-Kept Secret” – Indiewire) and Movies Editor at the award-winning Paste Magazine (more than five million
monthly readers). For his Paste podcast The Work, he has interviewed and photographed Robert Duvall, Mark Ruffalo, Jessica Chastain, Diane
Keaton, and many other notables. His current projects include
BIRMINGHAM, a scripted film on Martin Luther King Jr and Fred Shuttlesworth (in partnership with the King, Shuttlesworth, and Poitier families). He lives in Atlanta with his wife and children.

Nate Gardner is a filmmaker/editor based out of New York. More work can be seen at www.nategardnerfilm.com

Karin Hayes is the recipient of the DuPont-Columbia University Award for excellence in broadcast journalism for her first film, The Kidnapping of Ingrid Betancourt (HBO/Cinemax), co-produced with Victoria Bruce. Hayes’s most recent film, WE’RE NOT BROKE premiered at the 2012 Sundance Film Festival. Hayes also co-produced and directed Held Hostage in Colombia. The documentary was excerpted on CBS 60 Minutes II and broadcast on The History Channel and the Sundance Channel.
Hayes’s and Bruce’s documentary Pip & Zastrow: An American Friendship was broadcast on PBS/Maryland Public Television and received the Target® Filmmaker Award. Hayes co-authored the book Hostage Nation (Knopf 2010) with Bruce.
Hayes shot for Director Jason DaSilva’s 2013 Sundance Film Festival documentary When I Walk, and was the Associate Producer for Director Paul Rachman’s Sony Pictures Classics documentary American Hardcore: the history of American punk rock from 1980-1986. Hayes has worked on documentaries for PBS, National Geographic Channel, the Travel Channel, the Discovery Channel, and with The Cronkite Ward Company for TLC. Prior to filmmaking, she attended the University of Guadalajara in Mexico, Universidad de Costa Rica, and worked at the Smithsonian Center for Folklife and Cultural Heritage. Hayes graduated from UCLA with a degree in World Arts and Cultures, with a theater emphasis.