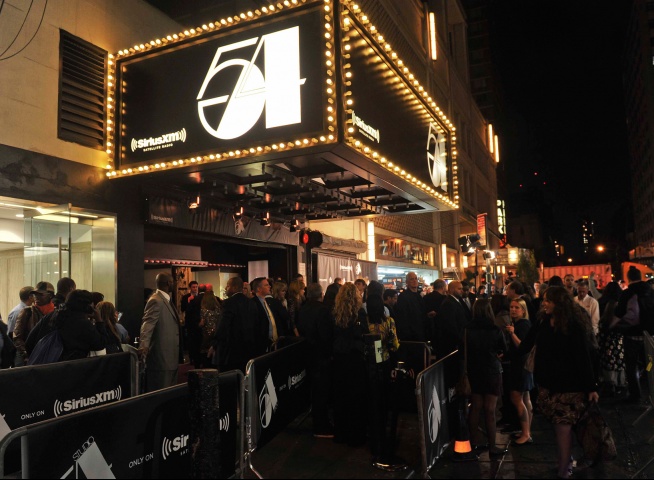 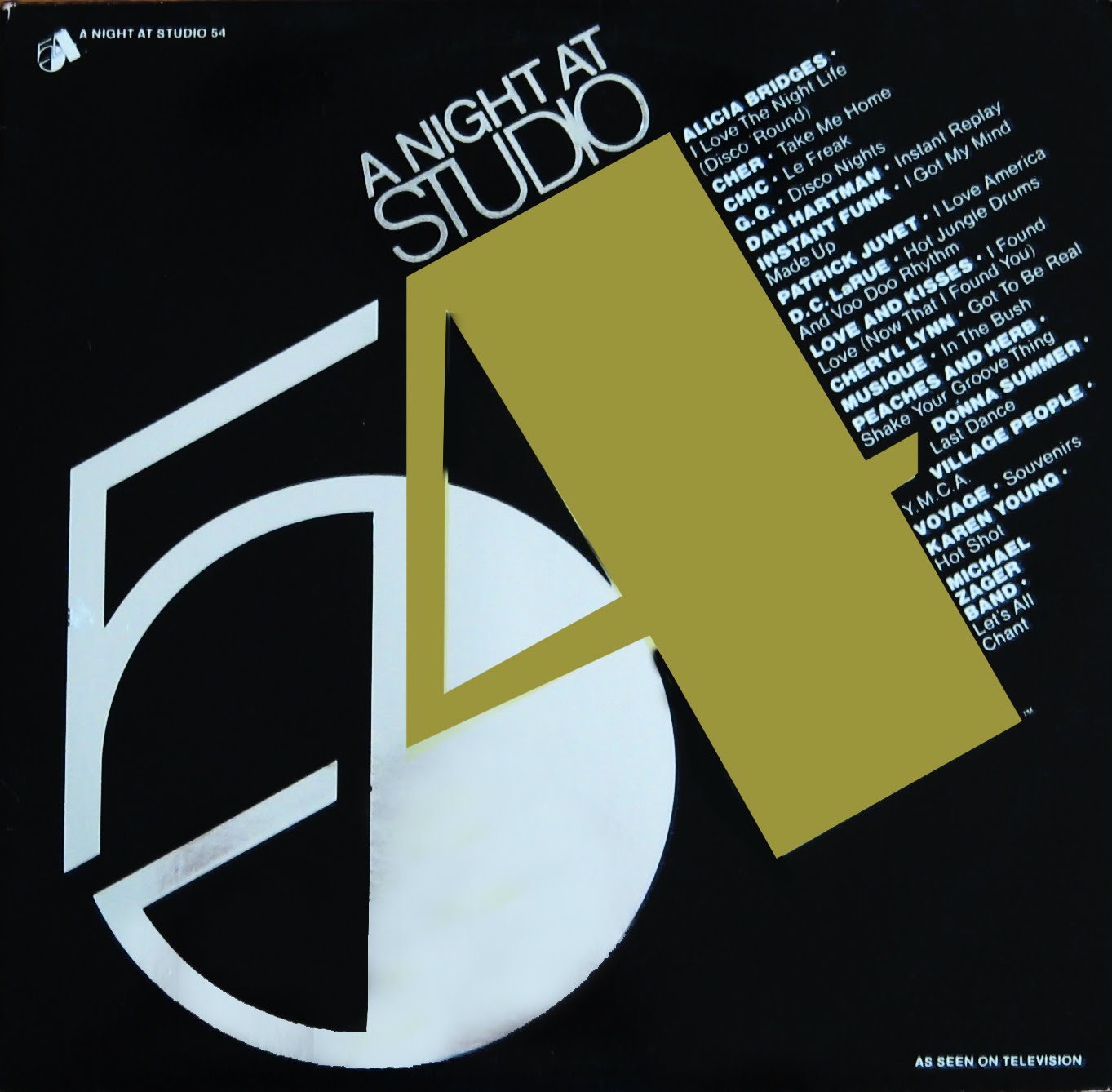 Let those who are in favour with their stars
Of public honour and proud titles boast,
Whilst I, whom fortune of such triumph bars
Unlook’d for joy in that I honour most.
Great princes’ favourites their fair leaves spread
But as the marigold at the sun’s eye,
And in themselves their pride lies buried,
For at a frown they in their glory die.
The painful warrior famoused for fight,
After a thousand victories once foiled,
Is from the book of honour razed quite,
And all the rest forgot for which he toiled:

Then happy I, that love and am beloved,
Where I may not remove nor be removed.

Analysis
Sonnet 25 compares the joys of fickleness of fate, flowers, and courtly favors with the steadfastness found in the joy brought by the beloved.

While those who have been favored by fortune boast about it; Shakespeare is hindered by it but, happy for the gift of his subject’s love and regard. Like marigolds that survive only as long as the sun shines on them, royal favorites live only as long as that favor continues. A great soldier loses his hard-won reputation with the loss of just one battle. But Shakespeare is fortunate because the pleasure his beloved brings him cannot be removed by any means.

Studio 54
This was once THE place to spot Andy Warhol, Liza Minnelli, and all the other “beautiful people”in this town, where everyone was famous for 15 minutes. It was a world renowned nightclub from 1977 until 1981 when it was sold by founders and creators Steve Rubell and Ian Schrager. The most famous nightclub of all time, it was a sophisticated, groundbreaking multi-media visual extravaganza. Located at 254 West 54th Street in Manhattan, New York City, the space was originally the Gallo Opera House, opening in 1927, after which it changed names several times, eventually becoming CBS radio and television Studio 52 in 1943.

CBS used the theater for radio broadcasts. From the 1940s to the mid-1970s, CBS used the location as a radio and TV stage that housed such shows as What’s My Line?, The $64,000 Question, Password, To Tell the Truth, The Jack Benny Show, and Captain Kangaroo.[1] The soap opera Love of Life was produced there until 1975. In 1976, CBS moved most of its broadcast functions to the Ed Sullivan Theater and the CBS Broadcast Center.

Nightclub Era
When CBS began marketing the building in 1976, various interests in the art and fashion world expressed interest in seeing it converted into a nightclub. In 1977, Studio 54 was transformed into a nightclub by Steve Rubell and Ian Schrager, with Jack Dushey as a financial backer. They operated the company as Broadway Catering Corp. It took only six weeks to transform the theater into a nightclub and cost $400,000.[2]

Jules Fisher and Paul Marantz, two well-known Broadway theatrical set-designers, helped convert the theater into a dance floor and created moveable, theatrical sets and lights using the original theatrical fly rails, which allowed for a constantly changing environment. Within a month of opening, the New York State Liquor Authority raided Studio 54 for selling liquor without a license, and closed it. Prior to the raid, the nightclub had been using daily “caterers’ permits”, which enabled the nightclub to serve alcohol but were intended for weddings or political events. [3] The owners of the nightclub said the incident was a “misunderstanding”. The next night the club reopened, serving no liquor.

Event planner Robert Isabell had four tons of glitter dumped in a four-inch layer on the floor of Studio 54 for a New Year’s Eve party, which owner Ian Schrager described as like “standing on stardust” and left glitter that could be found months later in their clothing and homes. [4]

In December 1978 Rubell was quoted in the New York newspapers as saying the Studio 54 had made $7 million in its first year and that “only the Mafia made more money.” Shortly thereafter the nightclub was raided and Rubell and Schrager were arrested for skimming $2.5 million.

Studio 54 closed with a final party on February 4, 1980, with Diana Ross performing. Schrager and Rubell were found guilty of tax evasion and spent 13 months in prison. It was the first time anyone had ever been prosecuted for a one-year tax evasion.

1980s
In 1981, Rubell and Schrager sold the building, but opted to keep a lease. Later that year, the building was sold to Mark Fleischman with Rubell and Schrager staying on as consultants for 6 months afterward. [5] Studio 54 reopened on September 12, 1981 with Andy Warhol, Calvin Klein, Cary Grant, Lauren Hutton, Gloria Vanderbilt, Gina Lollobrigida, and Brooke Shields in attendance. Emerging artists Madonna, Wham!, Duran Duran, Culture Club, Menudo, and Run-DMC would perform at the club, before going on to future success.

KISS held a concert at the club in 1982 that was broadcast via satellite to the Sanremo Festival in Italy. During 1985, heavy metal groups Slayer, Venom and Exodus filmed a video at Studio 54 called Ultimate Revenge for Disco. In the 80’s many legendary freestyle music artists performed at the club such as Noel Pagan, Nocera, Coro, Tony Moran, India, TKA, Black Riot, Fascination, Sweet Sensation, Pajama Party, Johnny O, Hanson & Davis and many others.

From 1988 until early 1993 Studio 54’s name was changed to The Ritz (prev located on 11th St & 3rd Ave from 1980-87). The club then became a concert venue for New Wave, Punk, & Eurodisco artists. New owners CAT Entertainment Corp hosted occasional rock concerts, and was otherwise a public venue available for rent. In 1993 CAT Entertainment was acquired by Cabaret Royale Corporation, a nightclub operator based in Dallas. A renovation earlier abandoned because of a lack of funds was completed, and resurrected both the nightclub and the Studio 54 trademark, which had never been properly registered by any of the prior owners. [6] It was operated as “Cabaret Royale at Studio 54” until early 1995.

During 1994 Allied Partners bought the building and restored much of the architectural detail that had been covered. The nightclub reopened with a live concert by disco stars Gloria Gaynor, Vicki Sue Robinson, and Sister Sledge. The building again went into bankruptcy in 1996 and Allied announced plans to demolish it and replace it with Cyberdrome, a virtual reality gaming venue, however, the project was never completed.

During 1998 the collapse of a construction hoist blocked access to the Henry Miller Theatre on 43rd Street, where the successful revival of the Broadway musical Cabaret was playing. To keep the show accessible, the Roundabout Theater Company agreed to move the performance to Studio 54. Roundabout later bought the building in 2003 from Allied for $22.5 million, and Cabaret played until 2004. [7]

The second floor of the theater is used as a nightclub on weeks when plays are not being staged; when it does so it operates under the name Upstairs at Studio 54. The club is operated by Josh Hadar who was one of the Allied partners. It was also briefly owned by Noel Ashman.A separate restaurant and nightclub, called 54 Below, operates in the basement.

Sonnet Project
Studio 54 was the featured location for Sonnet 25, performed by Carmen Meyers, directed by Alexis Holloway. The video was released on June 24, 2013.

ACTOR – Carmen Meyers
Carmen Meyers is originally from Tempe, Arizona, and holds a Bachelors Degree from Arizona State University and a Masters Degree in Acting from Indiana University. Other training includes: graduate of the Southwest Shakespeare Conservatory two year program in Phoenix, Arizona, and The Shakespeare Theatre Conservatory in Washington D.C., where she had the opportunity to work with Catherine Weidner and Michael Kahn.

This is her third project with NY Shakespeare Exchange appearing in King John as Queen Eleanor, and Two Plays One Conversation: Romeo and Juliet/Spring’s Awakening as Mrs. Gabor. Carmen moved to New York City in the summer of 2008 with her husband. Recent New York credits include Manhattan Theatre Source Estrogenius Festival, Broadville as Ramona, eXit Productions, Wonderland In Alice as the Empress. Carmen’s favorite roles include: Playhouse on the Square (Memphis, TN) The Graduate (Mrs. Robinson, *Ostrander Nominated), Bloomington Playwrights Project (Bloomington, IN), Fatal Attraction (Glenn Close), Indiana University (Bloomington, IN) Death of a Salesman (Linda), Betty’s Summer Vacation (Mrs. Seizmagraff), Frozen (Nancy), Summer Music Theatre Festival (Macomb, IL) Mame (Mame), and Indianapolis Children’s Museum (Indianapolis, IN) in the role of Charlotte from her favorite children’s book Charlotte’s Web. Future roles in her bucket list include: Gertrude in Hamlet, Cleopatra in Anthony and Cleopatra, Martha in Who’s Afraid of Virginia Woolf, Clytemnestra in The Oresteia, Christine in Mourning Becomes Electra, and the Witch in Into the Woods.

Carmen recently became a full-time instructor and Bronx Community College in the Communications Arts and Sciences Department and will begin her PhD in Theatre Performance OR Higher Education in the fall of 2014. On a personal level, she’s been happily married to Ben Gougeon for 4 years. Carmen has a beautiful daughter, Chantel, who is 23 and going to school in Indiana. Her biggest challenge is to balance her love for teaching with her love for acting. She believes in work that fills her soul and challenges her mind, usually work that scares the shit out of her.

DIRECTOR – Alexis Holloway
I am a New York based writer and director, originally from San Antonio, Texas. I love writing comedy, working collaboratively, and trying new things. My most recent short film, Apartment 6E, which I co-wrote and produced with my husband, Grega Rupret, was recently screened at the Anthology Film Archives.

Apartment 6E tells the story of an unemployed man who goes to great lengths to feel important again. The trailer is available for viewing at: http://alexisholloway.eu/AlexisHolloway/Apt_6E.html. Other short comedies include: Attraction, The Perfect Goodnight Kiss, A Phone Call, and The Vagina Conspiracy. Outside of narrative film, I have experience field producing both documentary film and reality programming. I have a BA in Film Production and Women Studies from Burlington College.