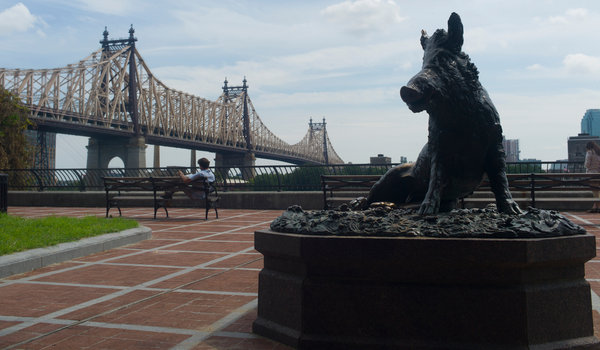 Those lips that Love’s own hand did make,
Breathed forth the sound that said ‘I hate’,
To me that languished for her sake:
But when she saw my woeful state,
Straight in her heart did mercy come,
Chiding that tongue that ever sweet
Was used in giving gentle doom;
And taught it thus anew to greet;
‘I hate’ she altered with an end,
That followed it as gentle day,
Doth follow night, who like a fiend
From heaven to hell is flown away.
‘I hate’, from hate away she threw,
And saved my life, saying ‘not you’.

Sonnet 145 chronicles a cyclical relationship between a paranoid man and the woman he loves soothing him.

Billy boy is so in love with a woman that hearing her say that “she hates” something immediately creates a fear that she is referring to him. But then when she notices how much pain she has caused him by saying that she may potentially hate him, she changes the way that she says it to assure him that she hates some things, but does not hate him. Billy breathes a sigh of relief.

This is the only sonnet of the 154 which is not written in the usual iambic pentameter (verses of five feet consisting of a short followed by a long syllable) but instead in iambic tetrameter, or octosyllabic verse, which is thought to be more appropriate for comic verse. There is no explanation for this. It has generally been considered by critics to be one of Shakespeare’s slightest works. Its fairly simple language and syntax, along with the oddity of the meter, have led to suggestions that it was written much earlier than the other, more mature, sonnets.[1] Andrew Gurr states, “I have not been able to find a single example in the period up to 1582 of an octosyllabic sonnet…no poet besides Shakespeare in this one curious poem wrote an octosyllabic sonnet” (225) .

Though it is placed within the “Dark Lady” sequence, it has been claimed that the poem was originally written for Anne Hathaway, Shakespeare’s wife. This was first proposed by Gurr in 1971. Gurr suggested that the words “hate away” may be a pun (in Elizabethan pronunciation) on “Hathaway”. It has also been suggested that the next words, “And saved my life”, would have been indistinguishable in pronunciation from “Anne saved my life”.[1] Gurr says in his work “Shakespeare’s First Poem: Sonnet 145” that Shakespeare wrote this poem in 1582, making Shakespeare only 18. “The only explanation that makes much sense is that the play on ‘hate’ and throwing ‘hate away’ by adding an ending was meant to be read by a lady whose surname was Hathaway” (223). He argues that because spelling was not consistent in Shakespeare’s time there is no way of knowing for sure whether it was to her or not. He does think it is plausible that such a pun on her name exists within this sonnet since he does make other puns in various other sonnets.

“If few people have heard of the East River enclave Sutton Place, then even fewer know about its tiny adjunct, Sutton Square, a set of six houses at the foot of East 58th Street. Rebuilt in the 1920s from a moldy set of 1880s brownstones, these town houses share a sweeping common garden with the houses on Sutton Place…

Most of the brownstones in the riverfront block between 57th and 58th Streets on what was then Avenue A faced the avenue, but seven faced 58th Street before it dead-ended at the East River. The seven were 502 through 514 East 58th Street, by present numbering 4 through 16 Sutton Square.

At the beginning, these high-stoop brownstones were occupied by prosperous businessmen. In 1890, Albert Ludorff, who had a bottling business on 10th Avenue, lived at 508 East 58th (now part of 8 Sutton Square). But the row had a brush with bohemianism — the Ashcan painter Robert Henri lived at 512 East 58th Street (now 14 Sutton Square) in 1901.

In 1920, the real estate company Webb & Knapp bought the 57th to 58th Street block and worked out a plan to completely remake it and sell off the lots. A 50-year covenant created a large common garden out of the backyards; required that kitchens and laundries face the street, not the garden; and established an architectural review process for the expected new facades. The developers renamed this part of 58th Street Sutton Square.

The house at No. 4 Sutton Square was made over in 1921 for Henry Sprague, an inventor. The architect he hired designed a simple brick front with a large second-floor triple window topped by an exquisite oval arch. It was removed last month.

Next door was one of the most ingenious houses in New York or, rather, pair of houses. Joseph Chamberlain, a law professor, and his brother-in-law Edgar Stillman, a physician, together bought three of the old brownstones on the former East 58th Street, and their architect, Murphy & Dana, made the three into two: Nos. 6 and 8 Sutton Square. The architects employed the simple detailing by which old money tends to distinguish itself, reusing brick from the old building “so that an agreeable texture has been preserved,” according to The Architectural Record in 1922.

On the inside the architects made the buildings interlocking, to stagger the widths of the rooms. Thus No. 8 has, on its second floor, a music room 31 feet wide — but the flanking library of No. 6 is only 15 feet wide. In the 1930 census the value of Chamberlain’s house was listed as $100,000.

Because Nos. 6 and 8 Sutton Square were made from three houses, there is no No. 10. Next door at No. 12 lived Dr. Kenneth Taylor, who had run military hospitals in Paris during World War I. He was the first to renovate on the square, in 1920; Delano & Aldrich designed him an elegant brick and limestone house in the neo-Georgian style.

At No. 14, Foster Kennedy, a doctor who had worked with the shell-shocked in World War I, left his old brownstone pretty much as is. The last house in the row, 16 Sutton Square, was purchased by Lillie Havemeyer, who also made few changes to the exterior.

As time went on, this little enclave changed gradually. In 1940, work on the East River Drive required Mrs. Havemeyer to move out while her house was demolished and rebuilt. Aristotle Onassis lived at 16 Sutton Square around 1950.

In 1963, the Sutton Square owners renewed the 1920 covenant for another 50 years, and in 1973 the investor Neil McConnell, owner of the adjacent Chamberlain and Taylor houses (Nos. 8 and 12), combined them on the inside. Current floor plans are posted on curbed.com.

On the outside, his architect, Page Cross, created an unsettling hybrid. He left the upper two stories of No. 8 intact, so it still matched its twin at No. 6 on those floors. But Mr. Cross rebuilt the plain brick lower floors of No. 8 to match the neo-Georgian Taylor house at No. 12, resulting in a kind of architectural puzzle.

Houses on Sutton Square are now worth $10 million and up, and ownership is veiled behind various corporate names. It appears that Michael Jeffries, the president of Abercrombie & Fitch, owns the Sprague house at No. 4 Sutton Square, and that Yue-Sai Kan, a television star in China, owns No. 6. ” [1]

Although his primary area of interest is film production, Ryan considers himself a fan of storytelling in general. Various drama and literature classes exposed him to Shakespeare’s plays, and he has continued his studies over the years. He is grateful for the opportunity to finally perform the Bard’s work.

Chase Conner is an actor/filmmaker from Florida currently residing in New York. He has acted in several independent projects, theater, and directed an independent micro budget feature film. The feature film, titled Less Lost, has screened at multiple festivals in 2013, winning the Rising Star Award at Canada International Film Festival and Audience Favorite Award at Daytona Beach Film Festival. More information can be found at http://www.lesslostmovie.com

Alexander Dubey attended Florida State University in Tallahassee where he was seen in The Merchant of Venice, Romeo & Juliet, Measure for Measure, The Crucible, Old Town, I Hate Hamlet, and What the Butler Saw. He manages Palmer’s Restaurant in Brooklyn, as well as the thriving small businesses, Throne Watches and Awesome Boxes.

Jonathan Richter studied film theory, production, and digital editing at the University of Central Florida. He directed multiple student shorts in various genres and, shortly before graduating, co-produced an independently financed feature. He currently freelances as a videographer/editor through his company, p207 Productions.