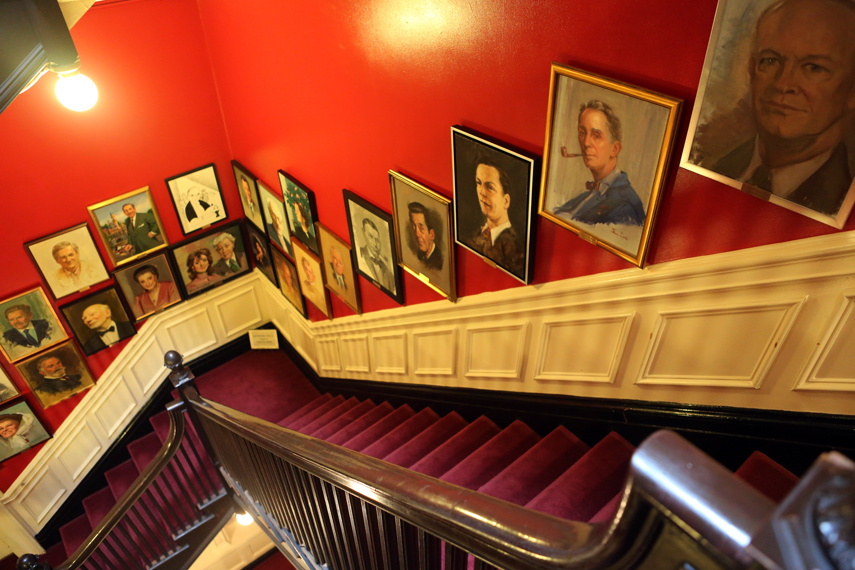 Two loves I have of comfort and despair,
Which like two spirits do suggest me still;
The better angel is a man right fair,
The worser spirit a woman colour’d ill.
To win me soon to hell, my female evil
Tempteth my better angel from my side,
And would corrupt my saint to be a devil,
Wooing his purity with her foul pride.
And whether that my angel be turn’d fiend
Suspect I may, but not directly tell;
But being both from me, both to each friend,
I guess one angel in another’s hell:
Yet this shall I ne’er know, but live in doubt,
Till my bad angel fire my good one out.

Sonnet 144 plays out the old battle between spiritual and physical love, in the form of two very different beloveds.

Will loves two people. One is a comfort, and the other a despair. Like two spirits, they constantly push him in different directions. The better angel is a beautiful, virtuous, fair-haired man. The bad one is a lustful dark-haired woman. This evil female tempts the angel away from his side, in hopes of transforming a saint into a devil, seducing him to impure acts in her foul and self-assured way. And though he suspects, Will cannot tell directly whether the angel has turned into a fiend. Since the two of them are far away and friendly with each other, he suspects that one angel is inside the other—and in hell with her. Yet he must live in doubt until the bad angel’s fire makes it clear.

This sonnet references both the Fair Youth AND the Dark Lady, the two main subjects of the poems. Most of Shakespeare’s sonnets are addressed to a fair young man; towards the end of the sonnets (transition starting at Sonnet 127) this “dark lady” comes on the scene. Several sonnets portray a conflicted relationship between the three. Sonnet 144 is one of the most prominent sonnets to address this conflict.

The bad angel’s “fire” suggests the burning sensations of venereal disease. He may well fear that the dark lady will corrupt the fair youth in his absence, transmitting a “burning”. Big Willy sure talks about this a lot! Hmm…

“The Players is a private social club founded in 1888 when Edwin Booth, the greatest American actor of his time, purchased a Gothic Revival-style mansion facing Gramercy Park and commissioned architect Stanford White to transform it into a certain club ‘for the promotion of social intercourse between the representative members of the dramatic profession and the kindred professions of literature, painting, sculpture and music, and the patrons of the arts.’

“The name, The Players, was suggested by author and friend Thomas Bailey Aldrich, after one of the lines from Jacques’ speech in Shakespeare’s As You Like It. Booth with fifteen colleagues and friends were the incorporators of The Players.

On opening night, December 31, 1888, before a gathering of men from the theatre, fine arts and letters, journalism and commerce, Edwin Booth deeded the structure and its contents, including all the works of art and theatrical memorabilia he had amassed, along with his extensive personal library to The Players.

One of The Players’ longest traditions has been its Pipe Nights, named for the smoking of churchwarden pipes during the evening. This series of events began in 1905 and by 1936 had evolved into testimonials honoring artists for their contributions to the American stage.

In 1911 French tragedienne Sarah Bernhardt was honored by The Players after a petition was signed by several dozen members who thought it important to celebrate her legendary career.

In the 1920s members put their rich theatrical resources to work for the direct benefit of The Players by producing Broadway plays. Starting in 1922 with Sheridan’s The Rivals, The Players produced a series of successful commercial revivals starring well-known Players. These productions continued until 1940.

In 1963 The Players was designated a National Historic Landmark, but since 1888 the interior has undergone several renovations, some of them quite extensive. For example, the Dining Room did not always have a stage at one end; the room led onto a garden dining area with a fountain and live turtles.

For much of its history The Players’ membership was strictly limited to men. However in 1989 on Shakespeare’s birthday, April 23, women were finally permitted to become Players, the first of them being Helen Hayes.

Today, as always, The Players is an exciting and memorable place to mingle and meet fellow Players, friends and colleagues, in an ambiance of conviviality, culture, history and comfort. ” [2]

Tamara Tunie stars as Marie Van der Veen on the Sundance TV series The Red Road, and continues to portray Medical Examiner, Dr. Melinda Warner, on the hit drama series Law & Order: Special Victims Unit.
Her credits include: Broadway: Julius Caesar (with Denzel Washington), Oh Kay (with Brian Stokes Mitchell), Dreamgirls (20th Anniversary Benefit Concert), Lena Horne: The Lady and Her Music. Regional: Cat on a Hot Tin Roof, Les Liasons Dangereuse, Tartuffe, Antony and Cleopatra, All’s Well That Ends Well, Troilus and Cressida (New York Shakespeare Festival, Central Park), Loose Knit. Film: FLIGHT, Fall to Rise, Bad Vegan,The Devil’s Advocate, City Hall, Snake Eyes, Eve’s Bayou, The Caveman’s Valentine. Television: ZOO, Survivor’s Remorse, 24 (Season 1), Alpha House, Golden Boy, the Good Wife, Law and Order, Sex and The City, NYPD Blue, New York Undercover, Chicago Hope, and Jessica Griffin on As The World Turns. Broadway Producer: Tony Award, Spring Awakening, Tony nominated, Radio Golf, MAGIC/BIRD and the “destined for Broadway” FROG KISS: the NEW MUSICAL. Off-Broadway Producer: Dutchman (The Cherry Lane). Directorial Debut: See You in September (available on Amazon.com). You can hear her voice on national commercials, documentaries, radio spots, and PSA’s.
Ms. Tunie is Chair Emerita of the Board of Directors of FIGURE SKATING IN HARLEM, a non-profit organization that teaches education and life skills to young girls in the Harlem community through the art and discipline of Figure Skating. She is President of the Board of Directors of HARLEM STAGE/THE GATEHOUSE and serves on the Board of Directors of GOD’S LOVE WE DELIVER. She also serves on the Advisory Board of HEARTS of GOLD.
Ms. Tunie has a Bachelor of Fine Arts in Musical Theatre from Carnegie-Mellon University. She resides in Harlem with her husband, Jazz Vocalist, Gregory Generet.

Nicholas Carrière most recently appeared as Oberon/Theseus in A Midsummer Night’s Dream at the Guthrie Theater in Minneapolis, and will be seen in My Report to the World, starring David Strathairn this summer in New York. Other credits include: The Lion King, Coriolanus, Zorro, A Song at Twilight, Abigail/1702, Much Ado About Nothing. Training: The Yale School of Drama, and Muhlenberg College.

Ken Murphy is a former corporate executive-turned-filmmaker. His award-winning short film REACHING HOME has recently screened at over a dozen festivals, while his feature-length screenplay FIRE ON THE BEACH was awarded Faculty Honors at the 2012 Columbia University Film Festival. Ken produced the award-winning short FIRST MATCH, which premiered at the 2011 New York Film Festival and won Best Student Film at the 2012 Aspen Shortsfest. Ken was awarded the 2010 HBO Films Young Producer’s Development Award, also for “First Match.” In a previous incarnation, Ken last played the role of Senior Vice President for Human Resources with the Altria Group, ranked then as #11 within the Fortune 500. Ken received a B.S. in Industrial & Labor Relations from Cornell University, and an MFA in Film from Columbia University’s School of the Arts. He is a former Board Member of the Roundabout Theatre Company, and currently serves on the Board of Overseers of the USS Constitution Museum in Boston and the Human Resources Board Committee of Mystic Seaport Museum.