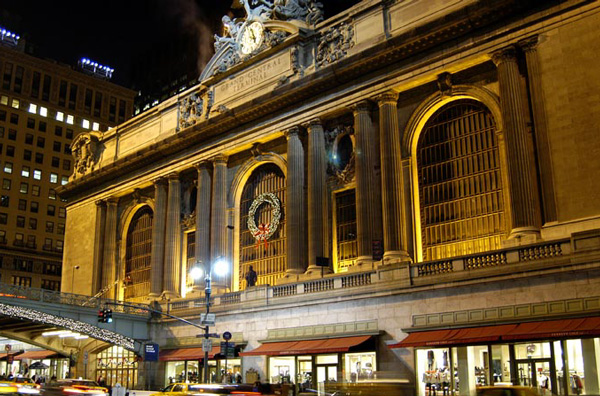 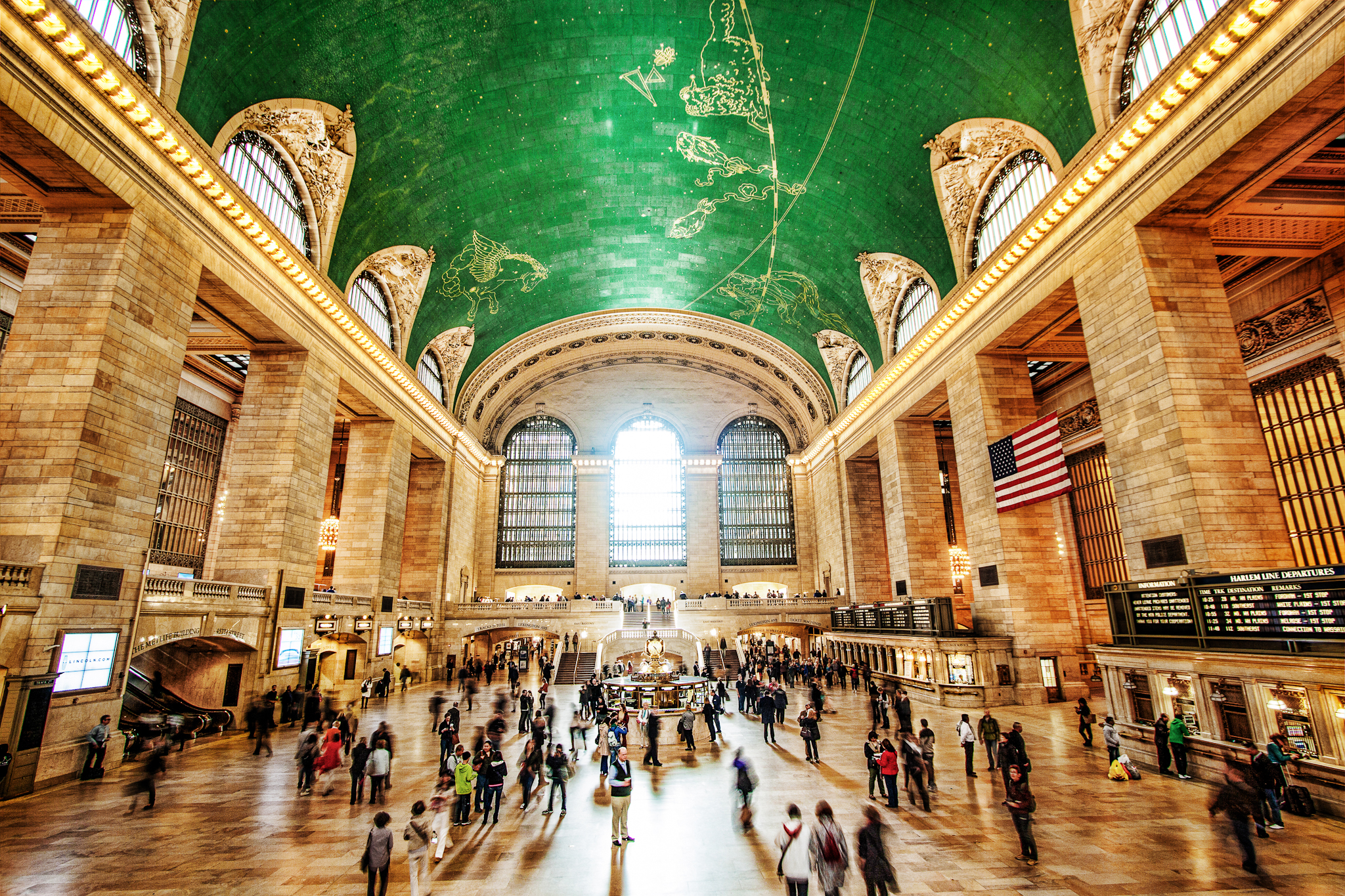 Lo, as a careful housewife runs to catch
One of her feathered creatures broke away,
Sets down her babe, and makes all swift dispatch
In pursuit of the thing she would have stay;
Whilst her neglected child holds her in chase,
Cries to catch her whose busy care is bent
To follow that which flies before her face,
Not prizing her poor infant’s discontent;
So runn’st thou after that which flies from thee,
Whilst I thy babe chase thee afar behind;
But if thou catch thy hope, turn back to me,
And play the mother’s part, kiss me, be kind;
So will I pray that thou mayst have thy ‘Will,’
If thou turn back and my loud crying still.

Analysis
Sonnet 142 chides the beloved for ignoring the poet and chasing some trivial thing.

Billy compares his lady’s actions to that of a housewife chasing a chicken. A housewife sets down her child, despite its cries, to catch the escaped bird that wants nothing to do with her. So, too, does the lady cast off Billy, who chases after, in order to catch some far-flung hope. He hopes she will turn back to him when the feathery hope is caught, and that he might have the chance to make her happy.

Will’s Wordplay
This sonnet’s couplet contains a cheeky pun on the poet’s name. He is hoping she will “have” him, perhaps sexually, when she is through with her chase. Another theory is that the other man she is chasing shares Shakespeare’s name. That’s rough.

Grand Central Terminal, Manhattan
All aboard! Grand Central Terminal (GCT)—colloquially called Grand Central Station, or simply Grand Central—is a commuter rail terminal station at 42nd Street and Park Avenue in Midtown Manhattan in New York City, United States. Built by and named for the New York Central Railroad in the heyday of American long-distance passenger rail travel, it is the largest train station in the world by number of platforms: 44, with 67 tracks along them. They are on two levels, both below ground, with 41 tracks on the upper level and 26 on the lower, though the total number of tracks along platforms and in rail yards exceeds 100. The terminal covers an area of 48 acres (19 ha).

According to the travel magazine Travel + Leisure in its October 2011 survey, Grand Central Terminal is “the world’s number six most visited tourist attraction”, bringing in approximately 21,600,000 visitors annually.[1]

Architecture
The building was designed by the architectural firms of Reed and Stem and Warren and Wetmore, who entered an agreement to act as the associated architects of Grand Central Terminal in February 1904. Reed & Stem were responsible for the overall design of the station, Warren and Wetmore added architectural details and the Beaux-Arts style. Charles Reed was appointed the chief executive for the collaboration between the two firms, and promptly appointed Alfred T. Fellheimer as head of the combined design team.

Facade Sculpture
French sculptor Jules-Alexis Coutan created what was, at the time of its unveiling in 1914, considered the largest sculptural group in the world. It is 48 feet (15 m) high, the clock in the center having a circumference of 13 feet (4.0 m). It depicts Mercury flanked by Hercules and Minerva and was carved by the John Donnelly Company.

Ceiling
In autumn 1998, a 12-year restoration of Grand Central revealed the original luster of the Main Concourse’s elaborately decorated astronomical ceiling. The original ceiling, conceived in 1912 by Warren with his friend, French portrait artist Paul César Helleu, was eventually replaced in the late 1930s to correct falling plaster. This new ceiling was obscured by decades of what was thought to be coal and diesel smoke. Spectroscopic examination revealed that it was mostly tar and nicotine from tobacco smoke. A single dark patch remains above the Michael Jordan Steakhouse, left untouched by renovators to remind visitors of the grime that once covered the ceiling.

There are two peculiarities to this ceiling: the sky is backwards, and the stars are slightly displaced. One explanation is that the constellations are backwards because the ceiling is based on a medieval manuscript that visualized the sky as it would look to God from outside the celestial sphere. According to this explanation, since the celestial sphere is an abstraction (stars are not all at equal distances from Earth), this view does not correspond to the actual view from anywhere in the universe. The stars are displaced because the manuscript showed a (reflected) view of the sky in the Middle Ages, and since then the stars shifted due to precession of the equinoxes. [2]

There is a small dark circle in the midst of the stars right above the image of Pisces. In a 1957 attempt to counteract feelings of insecurity spawned by the Soviet launch of Sputnik, Grand Central’s Main Concourse played host to an American Redstone missile. With no other way to erect the missile, the hole was cut so the rocket could be lifted into place. Historical Preservation dictated that this hole remain (as opposed to being repaired) as a testament to the many uses of the Terminal over the years.

ACTOR – Zac Hoogendyk
Zac Hoogendyk has previously worked with NYSX on their productions of The Life and Death of King John, Island, and on numerous incarnations of ShakesBEER. Other New York credits: Reckless, Dancing at Lughnasa, and What the Butler Saw (The Gallery Players), Critical Mass and Thirds (Heiress Productions), There’s a Light on Yonder Mountain (Amios). Regional Credits: In the Next Room or The Vibrator Play, Inherit the Wind, Emma, and A Soldier’s Tale (The Cleveland Play House), Macbeth, A Midsummer Nights Dream, Cyrano de Bergerac, and Beauty and the Beast (Texas Shakespeare Festival), Uncle Vanya and Shakespeare’s R and J (This Bridge Theatre Company). B.A. Pepperdine University. MFA Case Western Reserve University. Proud Member Actors Equity.

DIRECTOR – Gillian Fritzsche
Gillian is a writer/director who works in both film and theatre. She is wife to the talented Ryan Fritzsche and mommy to the spunky and smart Olivia. She is currently in post-production on a comedic short film called Jerry & Diane. Gillian also picks up the odd day of miscellaneous production gigs. Key areas of expertise include:

On her blog and on twitter, Gillian wrestles with the challenges of a creative professional woman being redefined and delights in the victories along the way, small and large!

Inspired at a young age by her passion for directing both theatre and film, Gillian began her career in her teens, as a director and actor in community theatre in her hometown of St. John’s, Newfoundland, Canada. She also self-produced a variety of short video projects in high school and college. Upon completing a Bachelors degree in Communication Arts, with a focus on theatre and film performance and production, Gillian commenced a career in professional theatre in Ontario, Canada as a costume designer at the St. Lawrence Stage Company. Perceiving a need to understand business, Gillian paused to earn a Masters of Business Administration (with a focus in marketing), and transitioned into managing the acclaimed Pacific Theatre in Vancouver, British Columbia. However, after a few years in professional theatre, film began to draw her back. Drawing upon undergraduate experience as a first assistant director, she reentered the independent film industry in this position on short independent projects. Gillian maintained her position at Pacific Theatre until she reunited and fell in love with a college friend. After getting engaged, she moved to Los Angeles (where he lived) and they married.

After several years as a first assistant director, UPM, and production coordinator, Gillian was asked to join the feature comedy, The Rock ‘n’ Roll Dreams of Duncan Christopher as a Producer and Line Producer. Concurrently, she re-embraced a passion for writing, and wrote her first few screenplays. After completion of principal photography on the feature and after working on a few work-for-hire screenplay projects, Gillian also re-engaged with her secret desire to direct, and began to write a short-film called Sonny with the intent to direct it as well. Sonny was nominated at the ATTIC Film Festival 2013 for the Best Screenplay Award. Also, with Sonny, Gillian has come full circle and has returned to her first love, directing.

Projects that Gillian has directed and many that she has worked on have gone on to win awards. Favourite film projects include Secret Millionaires (for which she was the cinematographer) and the award-winning The Rock ‘n’ Roll Dreams of Duncan Christopher (which she produced alongside three other visionary and hardworking artists) and The Hitchhiker (on which she served as first assistant director).

Favourite theatre projects that she has directed include The View from the Q written by Sharifa Williams which won Best of the Fest in Week 2 at the Players Theatre’s Short Play & Music Festival 2013 in New York City; Less Ado About Nothing, an adaptation of Shakespeare’s Much Ado About Nothing which was staged as part of the Stone’s Throw Productions at Pacific Theatre in 2006; and The Most Massive Woman Wins, a one-act play about eating disorders which was part of a showcase in 2001 in Tulsa, Oklahoma.

Gillian currently lives in New York City. Together with Ryan, Olivia, and their rambunctious kitty-cat, Gabe, she enjoys the parks, the coffee, and the views of New Jersey.