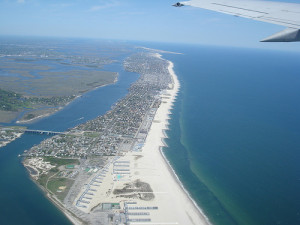 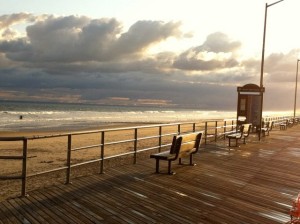 Not from the stars do I my judgement pluck;
And yet methinks I have Astronomy,
But not to tell of good or evil luck,
Of plagues, of dearths, or seasons’ quality;
Nor can I fortune to brief minutes tell,
Pointing to each his thunder, rain and wind,
Or say with princes if it shall go well
By oft predict that I in heaven find:
But from thine eyes my knowledge I derive,
And, constant stars, in them I read such art
As truth and beauty shall together thrive,
If from thyself, to store thou wouldst convert;
Or else of thee this I prognosticate:
Thy end is truth’s and beauty’s doom and date.

Analysis
Sonnet 14 varies the procreation theme, tying it in with predictions of the future made, not through tracking the stars in the heavens as would normally be expected, but through taking the youth’s eyes as stars which foretell the future.

Shakespeare implies here that the foreknowledge he has from the ‘stars’ of the youth’s eyes surpasses that derived from traditional astrology. The comparison of stars with eyes is traditional love lore in which the beloved assumes the qualities of everything that is angelic and heavenly. From the subject’s eyes, Will predicts that the young man’s death is in fact the death of Beauty itself. He asserts that truth and beauty will be doomed forever unless the young man chooses to perpetuate his line by having children.

Will’s Wordplay
References to “plagues” was loaded at the time of Will’s, as bubonic plague attacked the city of London many times in just the poet’s memory, necessitating the closure of theatres and the removal of the royal court to a safer district. Anyone who had sufficient means would leave the city for the country at such times.

“dearths” are famines, shortages. Not infrequent in those days, and would have had much resonance to the young man.

Rockaway Beach, Queens
“The origins of the name Rockaway Peninsula is closely related to the language of the Delaware and Chippewa Native Americans. Linguistic experts recognize both “Reckonwacky,” meaning “the place of our own people,” and “Reckanawahaha,” meaning “the place of laughing waters,” as the area’s indigenous names. Following the region’s European colonization during the seventeenth century, the present name was derived from these meanings. Other interpretations include “lekau,” meaning sand, and “lechauwaak,” for fork or branch. All interpretations reflect the historic and geographic traits of the peninsula.

The Canarsie Tribe, which originally inhabited the area, sold the mostly barren land to Captain Palmer, an Englishman, with a deed granted by then Governor Thomas Dongan in 1685. Disappointed with his purchase, Palmer sold the land in 1687 to a prominent iron master from Long Island, Richard Cornell, whose descendant, Ezra, founded Cornell University in 1865.

The Cornell family owned the land until 1808, when a partition suit divided the plot into 46 parcels, which were eventually sold to outsiders. The Rockaway Association, a group of wealthy New Yorkers, bought much of the property and began to build exclusive resorts in 1833. Within two years, James Remsen bought a large portion of the Peninsula. Remsen initiated a railroad project connecting the neighborhoods of Canarsie and East New York. The new railway was intended to greet steam ferries taking passengers to and from Rockaway. The Rockaway Peninsula remained a beachfront resort town, providing hotels, restaurants, and housing for those who could afford to pay for the trip. During the 1890s, a variety of amusement parks were built. In 1897, the Village of Rockaway Park was incorporated into New York City.

Improvements in transportation, under the direction of Parks Commissioner Robert Moses in the 1930’s, led to the growth of Rockaway. The completion of two bridges, the Marine Parkway Bridge in 1937 and the Cross Bay Bridge in 1939, connected Rockaway to mainland Queens and Brooklyn. Innovations in railroad service and the development of the elevated subway allowed popular access to the peninsula. Subway access stimulated Rockaway’s transition from a vacation area to neighborhoods with permanent residents.

This section of boardwalk, named Ocean Promenade, extends from Beach 110th to Beach 126th Streets and is bounded by the Atlantic Ocean and the boardwalk itself. The width of the beach averages 500 feet in this area. The boardwalk, measuring 30 feet in diameter, runs through the neighborhood of Rockaway Park. Parks acquired the ocean front area in 1911, as a gift from the Rockaway Park Improvement Company. Previously, Ocean Promenade was known as Triton Avenue. Between 1922 and 1923, the construction of the boardwalk took place and replaced Triton Avenue. The promenade continues to be considered a city street and ends at Beach 126th Street.

Lifeguards are stationed on the beach from Memorial Day through Labor Day. Beach-goers enjoy newly added spray showers and scenic dunes. This beach area is complemented by a variety of shops and restaurants on Beach 116th Street, which is also the final stop on the A train. In 1999, for the first time in 25 years, the entire boardwalk was open to the public following a multi-million dollar restoration project.” [1]

Sonnet Project
Rockaway Beach was the featured location for Sonnet 14, performed by Rochelle Slovin, directed by R.Jameson Smith. The video was released on May 20th, 2013

ACTOR – Rochelle Slovin
The Sonnet Project marks Rochelle Slovin’s return to acting after a prestigious 40-year career in government and the arts. She was the Founding Director of Museum of the Moving Image, leading the Museum from its inception, and developing it into one of the most important institutions of its kind in the world. In the 1970s, she worked with Bella Abzug during her campaigns for the House of Representatives and the US Senate, served as a culture and education planner for the New York City Planning Commission, and was the director of the CETA Artists Project, which employed over 300 artists in all disciplines — the largest employment program for artists since President Roosevelt’s WPA. Slovin was performing for paying audiences by the age of eight, appearing in productions directed by the extraordinary theater artists and modern dance pioneers, Alwin Nikolais and Murray Louis, at the Henry Street Playhouse on Manhattan’s Lower East Side. In the 1960s, she studied with Frank Corsaro, one of America’s foremost stage directors and head of the Actors Studio. At this time, she was part of the exciting Off- Off-Broadway scene, performing in plays at La MaMa, American Theater for Poets and other cutting-edge venues.

DIRECTOR – R. Jameson Smith
R. Jameson Smith is the founder of Park Bench Pictures and a director and producer at Act Zero Films. A graduate of New York University’s Tisch School of the Arts, Jameson has produced and directed several films, music videos, and commercials. Recently, Jameson served as Associate Producer on Bluebird (starring John Slattery, and Amy Morton), and Co-Producer on the upcoming feature film Sweets (starring Katherine Kellner and Kevin Corrigan). Jameson has also produced countless short films, including Atlantic Avenue (starring Brady Corbet), which is currently proceeding on the festival circuit following a world premiere at the 2013 Tribeca Film Festival. In the past, Jameson has served as Field Producer on Counter Terror Intel and Sex in the Stone Age, specials for Discovery Channel and National Geographic, as well as having assisted Academy Award winning director Martin Scorsese, and television host Jimmy Fallon.