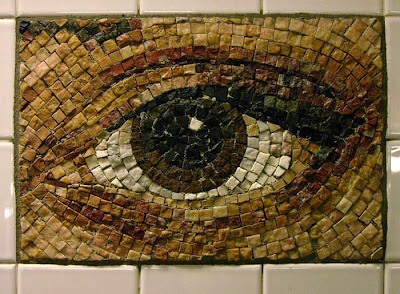 O! call not me to justify the wrong
That thy unkindness lays upon my heart;
Wound me not with thine eye, but with thy tongue:
Use power with power, and slay me not by art,
Tell me thou lov’st elsewhere; but in my sight,
Dear heart, forbear to glance thine eye aside:
What need’st thou wound with cunning, when thy might
Is more than my o’erpressed defence can bide?
Let me excuse thee: ah! my love well knows
Her pretty looks have been mine enemies;
And therefore from my face she turns my foes,
That they elsewhere might dart their injuries:
Yet do not so; but since I am near slain,
Kill me outright with looks, and rid my pain.

Billy his mistress not to speak well of her slights against him. He begs her to be honest, to hurt him with the admitted truth of her infidelities, as long as she refrains from looking at these men while she and Billy are together. He doesn’t understand why she feels the need to hurt him with these constant gazes at other men, to flaunt her power over him. The only excuse he can imagine is that she knows her eyes have the power to wound, and is trying to spare him that particular pain. But at last, he pleads her not to do that, since he is hurt enough already, and begs her to look at him even if it will only finish him off.

It is curious that in line 9, Billy experiences a sudden volte face (about-face) and does what he vowed in the first line not to do.

Look up and see this! Chambers Street – World Trade Center / Park Place is a station complex on the IND Eighth Avenue Line and IRT Broadway – Seventh Avenue Line of the New York City Subway. It is located on Church Street between Chambers and Vesey Streets in Lower Manhattan.

There are over 300 mosaics dispersed throughout the station, which are part of the 1998 installation Oculus created by Kristin Jones and Andrew Ginzel. These eyes were modeled on photographs of the eyes of hundreds of New Yorkers. Oculus was realized in collaboration with the Roman mosaicist, Rinaldo Piras, Sectile.

According to Jones and Ginzel, “Oculus is a constellation of stone and glass mosaics in the underground labyrinth of interconnected subway stations of lower Manhattan. Over three hundred mosaic eyes, drawn from a photographic study of more than twelve hundred young New Yorkers, are set into the white tile walls. The work’s centerpiece is a large exquisitely detailed, elliptical glass and stone mosaic floor (38′ 8″ in x 20’8”) at the heart of the Park Place Station. The continents of the earth, interwoven with the City of New York amidst an ultramarine pool, surround a large eye in the middle of the mosaic. The mosaic is at once a vision of the world, a reflecting pool of water and a representation New York City in its proper geographical orientation.”

The Eyes of Oculus

The work’s detailed renderings of the eye – the most telling, fragile and vulnerable human feature – offer a profound sense of intimacy within a public place. Together, the images create a sense of unity and flow: animating, orienting and humanizing the station. Oculus invites a dialogue between the site and those who move through it. The former World Trade Center Station is situated at the northeast corner of the site. The station was flooded and closed to the public following the September 11, 2001 attack. The site was damaged but not destroyed, and it reopened eight months later with the work mostly intact. Oculus was recognized as “an unexpected monument” by the Wall Street Journal on September 11, 2003.

As a long time Shakespeare nerd, Lauren Sowa is thrilled to be taking part in The Sonnet Project! Recently, she played the title character in Jane Austen’s Emma for the Lantern Theater Co. in Philadelphia. Other credits include: Imogen in Cymbeline (Opera House Arts), Othello and Much Ado About Nothing in repertory (The Philadelphia Shakespeare Theatre), Juliet in the North Carolina Shakespeare Festival’s production of Romeo & Juliet, We’re Drunk/This is the End at The Old Vic as part of the TS Eliot US/UK Exchange (Kevin Spacey’s program for emerging theatrical talent), and All’s Well that Ends Well and Hamlet at the Alabama Shakespeare Festival! BFA, NYU/Tisch

As a director, Daniel has won awards for scripts and films including the CAAP Grant, top 10% in the Academy’s Nicholl Fellowship, and shown work at several film festivals. His directing work has been described as naturalistic, story driven, creating empathetic characters, and delivering on performance.

As a photographer, Daniel has been nominated as emerging photographer of the year by Scott Bourne and Photofocus, inducted to Nikon’s Emerging Photographer Hall of Fame, and has been published in various magazines. His photos harnesses mood, color, and texture to create striking and impactful images.

Daniel also directed the film of Sonnet 119 for the Sonnet Project.