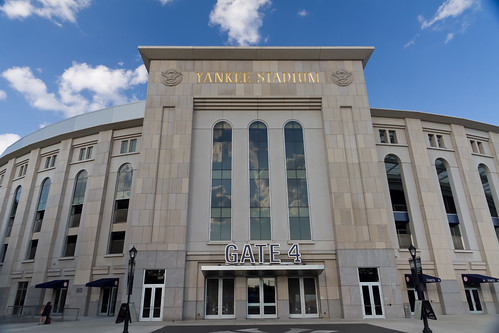 O! that you were your self; but, love, you are
No longer yours, than you your self here live:
Against this coming end you should prepare,
And your sweet semblance to some other give:
So should that beauty which you hold in lease
Find no determination; then you were
Yourself again, after yourself’s decease,
When your sweet issue your sweet form should bear.
Who lets so fair a house fall to decay,
Which husbandry in honour might uphold,
Against the stormy gusts of winter’s day
And barren rage of death’s eternal cold?
O! none but unthrifts. Dear my love, you know,
You had a father: let your son say so.

Sonnet 13 returns to the theme of procreation as a defense against death and ruin, compared here to preparing for a long winter or natural disaster.

The first line “O! that you were your self;” means that Shakespeare wants the man he is describing to remain as he is, unchanged, not aging. The sonnet is quite philosophical in that it asks how can a person have an identity if he is constantly changing? The persistent undertone of time’s advance bringing winter, decay and death, here continues. The young man is urged to shore up his house against this eventual fate. But what seems to emerge more than anything from this poem is the inevitability and sadness of this demise, contrasted with the love and beauty which stands up bravely to fight against it, and the tenderness of Will’s affection for the youth.

“Husbandry” again is a play on both domestic upkeep and becoming a husband.

This isn’t the “House that Ruth built” anymore. Yankee Stadium is a baseball venue located in the south Bronx It is the home ballpark for the New York Yankees. It opened at the beginning of the 2009 MLB season as a replacement for the team’s previous home, the original Yankee Stadium, which opened in 1923 and closed in 2008. The new ballpark was constructed across the street, north-northeast of the 1923 Yankee Stadium, on the former site of Macombs Dam Park. The ballpark opened April 2, 2009, when the Yankees hosted a workout day in front of fans from the Bronx community. The first game at the new Yankee Stadium was a pre-season exhibition game against the Chicago Cubs played on April 3, 2009, which the Yankees won 7–4. The first regular season game was played on April 16, a 10–2 Yankee loss to the Cleveland Indians.

Much of the stadium incorporates design elements from the previous Yankee Stadium, thus paying homage to Yankee history. Although stadium construction began in August 2006, the project of building a new stadium for the Yankees is one that spanned many years and faced many controversies, as the stadium was built on what had been 24 acres of public parkland. Also controversial was the price tag of $1.5 billion [1], which makes it not only the most expensive baseball stadium ever built, but the second-most expensive stadium of any kind (after MetLife Stadium in East Rutherford, New Jersey). [2]

The stadium was designed by the architect firm Populous (formerly HOK Sport). The exterior was made from 11,000 pieces of Indiana limestone, along with granite and pre-cast concrete. The design closely mirrors the exterior of the original Yankee Stadium when it first opened in 1923. The exterior features the building’s name V-cut and gold-leaf lettered above each gate. The interior of the stadium is adorned with hundreds of photographs capturing the history of the Yankees. Sports & The Arts was hired by the Yankees to curate the nearly 1,300 photographs that adorn the building from sources including the Daily News, Getty Images, the Baseball Hall of Fame and Major League Baseball.

Devin has appeared Off-Broadway at the Barrow Group, Roundabout Theatre Company, and most recently in Epic Theatre Ensemble’s productions of RICHARD III/BORN WITH TEETH and MACBETH. Devin has also appeared in numerous regional theatre productions including AS YOU LIKE IT (The Arden Theatre) and CAMP LOGAN (Boston Center for the Arts). He is a graduate of the Alabama Shakespeare Festival’s MFA program. Film/TV credits include: SECRET GAME (on ESPN), SURPRISE (HBO promo directed by Sam Mendes), LAW & ORDER (on NBC directed by Arthur Forney), the award winning independent film, FRANCIS OF BROOKLYN (’12), and THE ASSASSIN (’07).

Ryan Mitchel grew up watching Tim Burton, Wes Anderson, David Fincher and the Back to the Future series. He didn’t know he wanted to be a director but as his moms says he always had a good eye. In college he took his first filmmaking class where he found his frame and his love for the camera. Since then he moved to New York to take part in the independent film scene.

After a couple of years of working for various production companies on many different projects, Ryan started his own production company with some fellow filmmakers. They are 23 Minutes In and like Ryan they are dedicated to making great Films.

Ryan is passionate about films and you can feel his passion in every frame he captures. You can find more of his work at
www.ryanmitchel.com