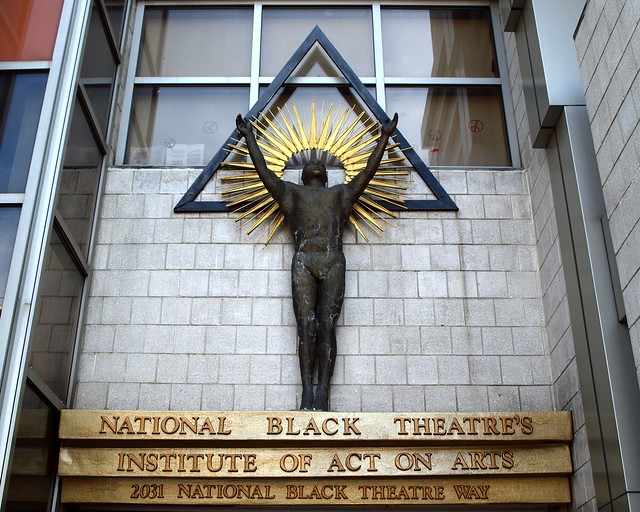 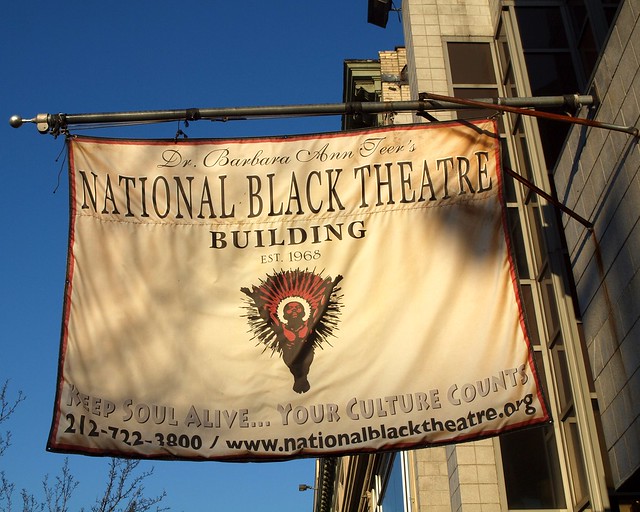 How oft when thou, my music, music play’st,
Upon that blessed wood whose motion sounds
With thy sweet fingers when thou gently sway’st
The wiry concord that mine ear confounds,
Do I envy those jacks that nimble leap,
To kiss the tender inward of thy hand,
Whilst my poor lips which should that harvest reap,
At the wood’s boldness by thee blushing stand!
To be so tickled, they would change their state
And situation with those dancing chips,
O’er whom thy fingers walk with gentle gait,
Making dead wood more bless’d than living lips.
Since saucy jacks so happy are in this,
Give them thy fingers, me thy lips to kiss.

The poet in Sonnet 128 envies a piano’s keyboard his lover’s attention.

Billy watches his lover play music, tickling the keyboard and swaying. When he hears it, he envies the keys her gentle kiss-like touch, hoping for the kiss his lips deserve. He merely stands blushing at how much bolder than he the keys are to accept these “kisses”. He opines that, gladly, his lips would turn to would if that meant they could receive such blessed touches. But he agrees to let the keys have her fingers, if only he can have her lips.

This sonnet’s number, 128, suggests, like Sonnet 8, the octave of the scale as well as the 12 notes on the keyboard inside each octave (an association first recognized and described in detail by Fred Blick, in “Shakespeare’s Musical Sonnets, Numbers 8, 128 and Pythagoras”, ‘The Upstart Crow, A Shakespeare Journal’, Vol. XIX, (1999) 152-168.) Further, Blick notes that in Pythagorean musical theory the proportion of the octave is 1:2 and that on this basis the intervals between 8 and 128 i.e. 8-16, 16-32, 32-64, 64-128, span four octaves, the normal range of the keyboard of a virginal in Shakespeare’s time.

It is also comparable to the scene in Romeo and Juliet in which Romeo pleads for a first kiss. Like that pilgrim/saint tête-à-tête, this sonnet is set in a public musical celebration. Shakespeare watches his dark lady play the keyboard virginal captivated by her back swaying with the melody. Like Romeo, he longs for a kiss, but in this sonnet he envies the jacks (wooden keys) that the lady’s playing fingers “tickle” while trilling the notes, more like the envy of the “glove upon that hand” in the balcony scene.

“National Black Theatre is a not-for-profit arts organization founded in 1968 by the late Dr. Barbara Ann Teer. Dr. Teer explored and discovered how the power of Black theatre could be used as an instrument to uplift, strengthen, and heal our community on a national level. National Black Theatre is the first revenue generating Black Arts complex in America, and the longest operating Black Theatre Company in New York City. We are one of the few black theatres to own our own space. Through our programs, the National Black Theatre attracts 90,000 audience members annually. Within our 44 years of operation in the Harlem community we have produced over 300 original works that have toured the USA, Caribbean, Central America, Africa, and Asia. National Black Theatre has been able to accomplish this through three programs currently under the leadership of Chief Executive Officer, Sade Lythcott: Theatre Arts Program, Communication Arts Program and Entrepreneurial Arts Program.
﻿
Located at 2031 5th Avenue, the National Black Theatre sits on 64,000 square feet of real estate. Throughout our 44-year history, National Black Theatre has been committed to the Harlem community and develops and produces all of our work in our theatre. National Black Theatre is proud to highlight that we have garnered over 45 AUDELCO Black Theatre Excellence Awards and received a CEBA Award of Merit for our production of Legacy: Memories of the Gospel Song which aired on CBS. We exhibit the largest collection of Nigerian New Sacred Art in the Western Hemisphere, consisting of hand carved wood totems and copper, aluminum and brass relief art done by traditional Nigerian artisans. To uplift our community, we host workshops and symposiums through our Communication Arts Program that gives a platform for issues relevant to our community with people like: Alicia Keyes, Ntozake Shange, Avery Brooks, Micki Grant, Dominique Morrisseau, Imamu Amiri Baraka, Woodie King Jr., Dr. Leonard Jeffries, Ralph Carter, and Cliff Fraizer.
﻿
When the National Black Theatre’s founder bought the property in 1984, she instilled a vision that is still being engaged today. Because we own our space, the National Black Theatre is able to be a consistent landmark for the community despite the ever-changing landscape of Harlem. It also allows us to give a subsidy through our Entrepreneurial Arts Program to many community based organizations by offering an affordable rent. By staying committed to this, we been able to collaborate as co-producers on productions like Detroit ’67 with Classical Theatre of Harlem and the Public Theater for a sold out run and partner with organizations like: Hip-Hop Theatre Festival, Correctional Association of New York, Harlem Children’s Zone, The Movement Theatre Company and New York Youth at Risk. We give the community at large a place to call home and a way to connect our artists and organizations, through the 90,000-audience members attracted to us annually, to a national market, thus making National Black Theatre a vital pillar in this community and the American theatre field.” [1]

It’s been said that you can’t do anything about the length of your life, but you can do something about its width and depth. As a talented actor, model, writer, personal trainer and entrepreneur, Jemier Jenkins is a force to be reckoned with.

Jemier was raised in St. Petersburg, Florida by her mother Shirley Jenkins and late grandparents Endia and James C. Turner. At a young age Jemier sought to leave a footprint in the sands of time and continues to make sure they point in a commendable direction. “All that I am, everything I will accomplish or become, is because they loved me. They poured everything they had into me. Each day I just strive to make them proud of every sacrifice they have made for me. I am their legacy… and I want to give that inspiration to others.”

During her senior year in high school she wrote, directed, and stared in her first play entitled “Church.” With overwhelming support from her classmates, teachers, and friends the performance was a success. A seed was planted. After graduation, Jemier attended Florida State Uni­ver­sity where she earned her Bachelor’s of Sci­ence degree in Com­mu­ni­ca­tion with an empha­sis on Media Production. Her sensational ability to lead and motivate others fostered an opportunity to serve as President of the Zeta Omicron chapter of the Alpha Kappa Alpha Sorority, Inc and on several executive boards of various organizations during her tenure at the University. While studying British documentary abroad in Europe, the seed planted in high school was watered at a Les Miserables show in London. Her life was immediately changed; she instantly knew where she belonged.

Upon graduating, she then relocated home to Saint Petersburg, Florida where her entrepreneurial spirit, fueled by her passion for youth and the arts, lead her to start Nsoromma, a nonprofit organization focused on teaching youth the disciplines of performing arts while providing a platform for them to hone their craft.

Jemier’s desire to sharpen her own craft and pursue her dreams of acting inspired her to relocate to New York City in May of 2010. Today Jemier con­tin­ues to focus on refining her craft and abilities through various modeling and acting opportunities. Last year she completed her studies the prestigious William Esper Studio and has been cast on The Onion News Network, Love Questionmark, and most recently Sex, Relationships, & Sometimes Love.

Christopher Gillard is a multi-talented actor, singer, instrumentalist, and composer whose recent credits include compositions for the musical “Sabrina’s Fire” and Sound Design for the Strawberry One Act Festival. Christopher is also the in-house composer and sound designer for Behind the Rabbit Productions, where he has contributed scores for “The Jessica Project” web series and short film, “The Last Hit,” in conjunction with his own audio production firm, SoundHaus. www.christophergillard.com www.sound-haus.com

Having spent most of my life as an actor and writer, I decided to complete the trifecta by adding “filmmaker” to the list. Whether that’s because I have so much creativity that it cannot be contained to only two areas or because I lack the ability to focus on any one thing for more than five minutes is anyone’s guess. Recent projects include the Christmas-themed short film Santa Claus is Coming and the new web-series With Friends Like These (where I’ve worn the acting and directing hats, among others). I’m happy to be a part of the Sonnet Project and thank NYSX for the opportunity. www.ryanblackwell.com

Matt Scott is a filmmaker living in NYC. He wrote, directed, and edited the short Once Loser for the 2013 New York 48 Hour Film Project, which swept the major awards and screened at the Cannes Film Festival. Recently, he directed and co-wrote (with Ryan Blackwell) the film noir THE LAST LAUGH for the NY 48HFP. Previously, he wrote and directed The Spirit Seeker!, a TV pilot starring Mary Birdsong, Brian Huskey, Romy Rosemont, and Michael Blaiklock. He’s also created comedy shorts for FunnyorDie and NBC’s DotComedy, as well as documentaries and corporate videos through his secret identity as president of TornadoMedia.