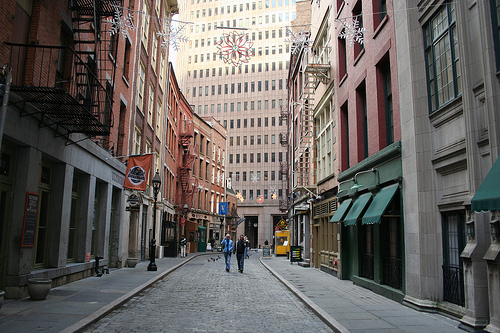 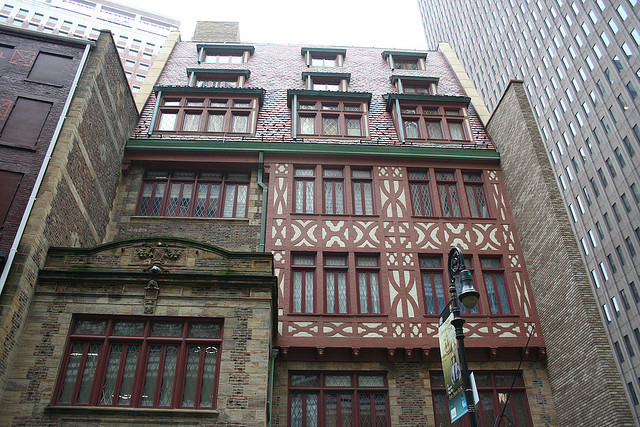 No, Time, thou shalt not boast that I do change:
Thy pyramids built up with newer might
To me are nothing novel, nothing strange;
They are but dressings of a former sight.
Our dates are brief, and therefore we admire
What thou dost foist upon us that is old;
And rather make them born to our desire
Than think that we before have heard them told.
Thy registers and thee I both defy,
Not wondering at the present nor the past,
For thy records and what we see doth lie,
Made more or less by thy continual haste.
This I do vow and this shall ever be;
I will be true despite thy scythe and thee.

Analysis
Sonnet 123 addresses the ideas of change and growth in one’s lifetime by metaphorically standing up against time Father Time.

Will directly addresses Time, saying it cannot claim he’s unchanged. New buildings are just replicas of the old. Our lives being so short, the old is fetishized, considered original, and we pretend we don’t know it isn’t. He isn’t interested in Time’s recorded past or even the present, which are raised up and destroyed by Time’s passage. He vows his feelings will always be true, despite Time’s destructive power.

Will’s Wordplay
Though this is one common analysis of the sonnet, there are numerous takes ranging from the poem’s use of time (or lack thereof) as a metaphor for the tyranny of post-modernist working life as well as its potential socio-political themes apparent in the poem’s thematic fear of change (conservatism).

Historic Stone Street, Manhattan
This spot is one of the NYSX crew’s favorite in the city, and a frequent location for ShakesBeer Pub Crawls! Stone Street is a street in Manhattan’s Financial District. It originally ran from Broadway to Hanover Square, but was divided into two sections by the construction of the Goldman Sachs building at 85 Broad Street in the 1980s.[1] Today the cluster of historic buildings along Stone, South William, Pearl Streets and Coenties Alley form the Stone Street Historic District.

History
The street was originally known as Brewers Street. [1] In 1660, it would have been referred to as “Brouwer Straet”. The street was later named Stone Street because of its cobblestone paving.Stone Street’s stores and lofts were built for dry-goods merchants and importers, shortly after the Great Fire of 1835, which destroyed many remnants of New Amsterdam. During most of the 1700s, the street was called Duke Street.

Following decades of neglect, a joint partnership between the Landmarks Commission and other city agencies, the Alliance for Downtown New York and Stone Street owners has transformed Stone Street from a derelict back alley into one of Downtown’s liveliest scenes. Restored buildings, granite paving, bluestone sidewalks and period street lights set the stage for the half dozen restaurants and cafes, whose outdoor tables are very popular on warm summer nights.

The eastern portion of the street and the surrounding buildings have been protected since 1996 by the New York City Landmarks Preservation Commission as the Stone Street Historic District, and is pedestrian-only.[1] The historic district is now populated by several restaurants and bars and has outdoor dining when the weather permits.

The India House historic landmark is located at the Hanover Square end of the street.

Sonnet Project
Stone Street was the featured location for Sonnet 123 performed by Nate Washburn, directed by Angela Rauscher. The video was released on July 18, 2013.

ACTOR – Nate Washburn
I am absolutely overwhelmed to be a part of New York Shakespeare Exchange’s ‘Sonnet Project’. The company is so talented and are truly on the up and up that it’s nice to be a small part of it. My first production of theirs was Romeo and Juliet where I was a dashing Tybalt, and I have also taken part in their road map readings.

Shakespeare has always been special to me. When I finished at college I drifted in a few odd jobs and office positions before I got back involved in the theater. I performed in a production of A Christmas Carol and at the cast party was asked if I had ever done Shakespeare. I hadn’t. The follow up question was whether I had read much Shakespeare. I hadn’t. This man turned out the be the director of the next show that this company (the Hole in the Wall Theater) was putting up – Merchant of Venice. He asked me to read the play and audition, telling me that I could probably be Leonardo or some sort of ensemble member. I read the play and It stuck to me. I auditioned for Bassanio and got cast. I have had a mild obsession with Shakespeare ever since.

I have been fortunate to work with some amazing companies throughout my young career. I am currently a member of the Bats at the Flea Theater where I was in These Seven Sicknesses, American Song and several weeks of the always sold out serials@theflea. Other companies are the McCarter, The Odyssey Experience, Arkansas Repertory Theater, Henry V, and the American Globe Theater, Much Ado About Nothing and Hamlet.

My television credits include Wicked Attraction on the Investigation Discovery Channel and Can You Survive a Horror Movie? on SyFy. I have also been in several commercials and short films.

I want to send thanks to my talented and supportive friends. They have been around and will stay around no matter what. I also want to send love to my parents and sister – the best family I could ask for.

She holds an MFA in Classical Acting from the prestigious Royal Central School of Speech and Drama in London, England, where she lived and worked for 8 years.

Her experience as an actress spans theatre, film and new media, on both sides of the Atlantic. Some of her favorite roles include: Lady Macbeth, Dido Queen of Carthage, Bernarda Alba (The House of Bernarda Alba), Beatrice (A View from the Bridge) and Aphra Behn (Or,).

Angela’s innate compassion quickly led her to start producing work that aims to inspire social change. Noteworthy projects include a production of Peter Brook’s THE MAN WHO in London, produced as a beneficiary event for SANE, the UK mental health charity; and CONJURING MARLOWE AT THE ROSE, an original Christopher Marlowe tribute which she helped to produce as a benefit for the Rose Theatre Trust UK (on the excavated site of the Rose Theatre, the oldest in London!). She also performed in both of these productions.

Angela has recently teamed up with Films for Humanity to produce a feature length documentary about the ongoing effects of Agent Orange used during the Vietnam war. The film was inspired by Angela’s volunteer work with terminally ill and handicapped orphans at Go Vap Orphanage in Ho Chi Minh City, Vietnam.

As a director, Angela is thrilled to be a part of The Sonnet Project! Prior to working with the New York Shakespeare Exchange, she has taught and directed children in performance at a Shakespeare Summer camp, and she recently directed her first music video for the web.

Outside of work, she is an avid traveler, passionate humanitarian, and faithful Buddhist.

CINEMATOGRAPHER – Alexander Prokos
Over a decade ago, Alexander Prokos, Miami-born-Venezuelan-raised, started on his path to cinematography by picking film-related courses at college, on a mass media based higher education.

In his professional life, he has worked in all camera, grip and electric roles, in different budget scale productions ranging from no-budget features to syndicated TV shows.

Prokos moved to Brooklyn in 2009 fascinated by its energy. During this period he has worked on a variety of projects involving other fields of expertise, creating a vast set of tools to use when creating realities for stories to evolve in front of the camera.

SOUND RECORDER – Javier Perez-Karam
Javier is a storyteller and producer with a strong background in digital marketing and advertising, after working for 14 year in the media and entertainment industry. He founded Green Carrot, a storytelling and production company with the mission to tell stories designed to connect with people at an emotional level and using this connections to build audiences around multi-platform content. www.greencarrot.tv

When he is not working, you can find Javier enjoying some yoga, cooking with friends and traveling. You can find him on twitter @PerezKaram

LEONARD ZELIG
Leonard is an award-winning film and theater director with almost 20 years of experience in the industry.

Past awards include – the prestigious Hispanic Organization of Latin Actors Award as Best Director for the play An Empty Shoebox, where he shared the stage with Alfonso Cuaron and Alfred Molina (2004) and the International ACE Award for Best Foreign Production with the play Feliz con mi Barranco (2005).

In 2004, Leonard decided to focus on his rising film career in the United States. He produced the short films Thou Shalt Not Dream, December Plans, wrote Como se mata uno and wrote and directed Blind Date, The Manare Welder Project and 434. His first documentary feature Metralleta was picked up for theatrical distribution in Venezuela for Amazonia Films and earned the Best Music Award in the “Festival de Cine de Merida” in 2007. His feature debut subHysteria was theatrically distributed in Venezuela and Colombia in 2010. Now you can watch it on iTunes and Amazon Instant Video.

Leonard is a graduate of the distinguished “Escuela De Cine y TV” in Venezuela. He also attended the New York Film Academy and the American Film Institute.

He has been named one of the most promising directors by the Venezuelan tabloid “5to Dia”.