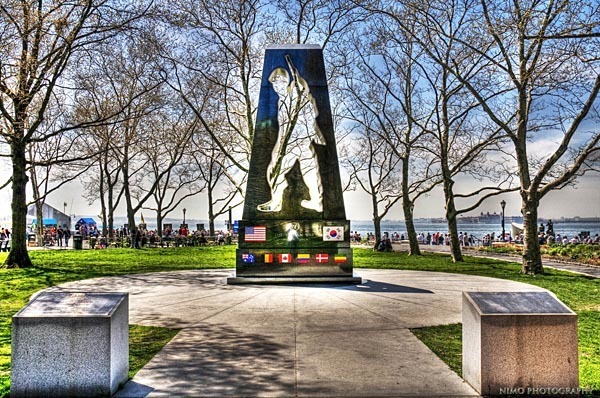 When I do count the clock that tells the time,
And see the brave day sunk in hideous night;
When I behold the violet past prime,
And sable curls, all silvered o’er with white;
When lofty trees I see barren of leaves,
Which erst from heat did canopy the herd,
And summer’s green all girded up in sheaves,
Borne on the bier with white and bristly beard,
Then of thy beauty do I question make,
That thou among the wastes of time must go,
Since sweets and beauties do themselves forsake
And die as fast as they see others grow;
And nothing ‘gainst Time’s scythe can make defence
Save breed, to brave him when he takes thee hence.

Sonnet 12 uses images of clock, a withering flower, a barren tree and autumn to remind the subject of their mortality, encouraging him to have a child before its too late.

The significance of the placing of this sonnet here (12 hours of the day) is not lost on us. The slow and swift passage of time which brings all things to an end is described with such significant and devastating effect that mortality almost stares us in the face as we read it. The overall effect is sombre, and the concluding couplet, with its brave stand against time, confined to a single line in the poem, gives the impression that nothing will be saved, and that the reality of what the poet has been urging all along is as slight as breath and water.

The exact meaning of”hideous” here is likely derived from the Old French hisde meaning dread. This gives us a balance in brave/day and hideous/night.

Helen Vendler proposes the poem holds two models of time: one of gradual decay, and one of an aggressive emblem-figure of Time with his scythe. These ideas call up two approaches of Death: one sad and innocent in which everything slowly wastes away, growing barren and aged, and one in which the reaper actively cuts them down and takes them away as if life had been murdered.[1]

“This monument in Battery Park north of Castle Clinton, honors military personnel who served in the Korean Conflict (1950–1953). The memorial, dedicated in 1991, was designed by Welsh-born artist Mac Adams (b. 1943) and is notable as one of the first Korean War memorials erected in the United States.

Fearing invasion, Chinese forces next became involved in the conflict. In November, the Chinese attacked the U.N. forces near the Yalu River, and quickly succeeded in driving them back into South Korea. The U.N. forces then counterattacked and managed to re-establish a battle line near the 38th parallel. In April 1951, President Harry S. Truman (1884–1972) relieved General MacArthur of his command, rejecting MacArthur’s aggressive policies which Truman believed would instigate a major war with China and the Soviet Union. Fighting would continue in Korea for the next two years, although little ground was ultimately exchanged. Finally, on July 27, 1953, both sides signed an armistice, which ended hostilities and restored the 38th parallel as the dividing line between North and South Korea.

In 1987, the Korean War Veterans Memorial Committee was formed to raise money to build a monument to commemorate the soldiers of the “forgotten war.” Mac Adams’ winning design, selected from a group of over 100 entries, features a 15-foot-high black granite stele with the shape of a Korean War soldier cut out of the center. Also known as “The Universal Soldier,” the figure forms a silhouette that allows viewers to see through the monument to the Statue of Liberty and Ellis Island. This literal void reinforces the figurative theme of absence and loss, and serves as a metaphor for death. The artist was inspired in his concept by Jon Silkin’s poem, “A Space in the Air,” which has the lines: “He left behind him. A hole cut out of the air. And I missed him suddenly, missed him without scarcely knowing why it was so…”. Adams also designed the piece to function as a sundial on the anniversary of the war’s conclusion, July 27, in which light would shine through the aperture upon the paving (illuminating the panel to Greece with a torch-like silhouette), though over time the growing tree canopy has obscured this effect.

One of the three tiers in the base of the monument is decorated with mosaic flags of countries that participated in the U.N.-sponsored mission. The plaza’s paving blocks are inscribed with the number of dead, wounded, and missing in action from each of the 22 countries that participated in the war. Korean War veterans are also commemorated in New York with the Brooklyn Korean War Veterans Plaza in Cadman Plaza, the Korean War Veterans Parkway (which was known as the Richmond Parkway until it was renamed in April 1997 by the New York State Legislature), and Queens Korean War Veterans Memorial in Kissena Park.” [1]

Brooke is a New York based actor who has worked Internationally in the Phillipines and Regionally in Seattle, Boston, Orlando, and Kentucky. She has a passion for classical text and new play development. Favorite roles include: Grace in Cut the Shit with The Representatives, Nurse in Romeo and Juliet and Celia in As You Like It with Barefoot Shakes, Mary Bennet and Charlotte Lucas in Pride and Prejudice at Orlando Shakespeare Theater (where she has performed for four seasons); Hermione in Winter’s Tale with Last Leaf Productions (three seasons) ; Claire in the World Premiere of Debbie Lamedman’s Triangle Logic; Kate Percy in 1 Henry 4 at Lexington Shakespeare; and Dee Dee in the site-specific production of Third and Oak: The Laundromat at the All-Brite Laundromat in Boston. Brooke is an Adjunct Professor of Acting at Marymount Manhattan College. She is the Adaptor/Actor of Kiss Me or Cut Off My Head which was workshopped in the Phillippines, at Sarah Lawrence College, at Most Wanted Fine Arts Gallery in Pittsburgh and had it’s World Premiere in NYC at Soho Photo Gallery, directed by Tracy Bersley. She is the Artistic Producer, Director of Apprentice Program and a writer/actor for Daughters of Troy. Brooke is an Adjunct Professor of Acting at Marymount Manhattan College. Proud member of AEA, SAG/AFTRA.
www.brookemhaney.com