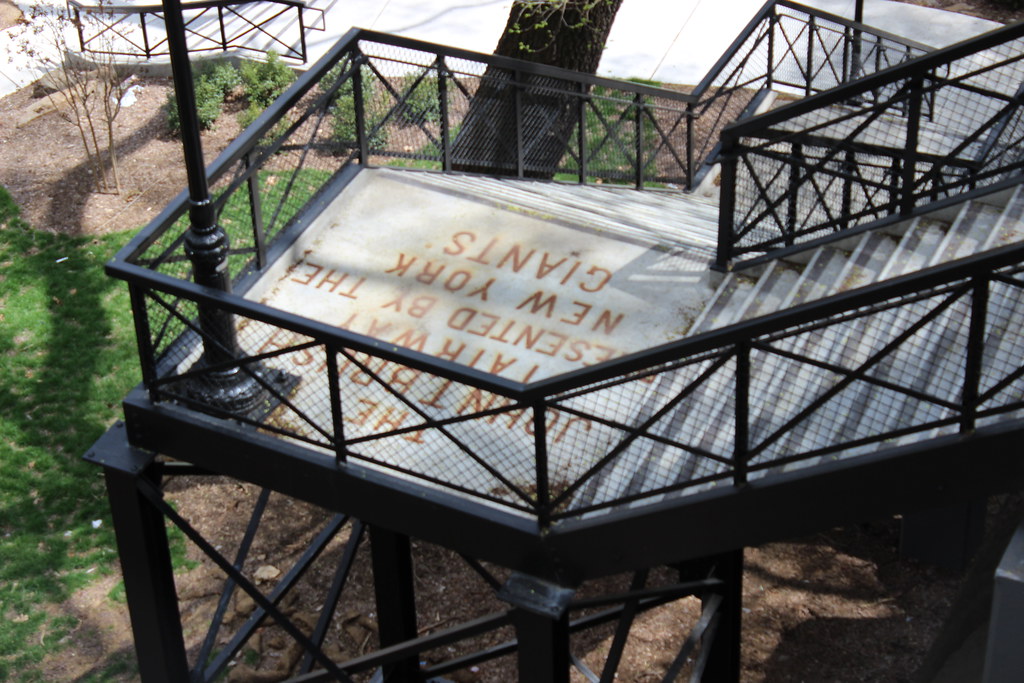 What’s in the brain that ink may character
Which hath not figured to thee my true spirit?
What’s new to speak, what now to register,
That may express my love, or thy dear merit?
Nothing, sweet boy; but yet, like prayers divine,
I must each day say o’er the very same;
Counting no old thing old, thou mine, I thine,
Even as when first I hallowed thy fair name.
So that eternal love in love’s fresh case,
Weighs not the dust and injury of age,
Nor gives to necessary wrinkles place,
But makes antiquity for aye his page;
Finding the first conceit of love there bred,
Where time and outward form would show it dead.

In Sonnet 108, the poet tells his beloved that he sees in his aging love the youthful inspiration of years past.

Billy wonders aloud what he could possibly write that he hasn’t already written to prove how constant and faithful his soul. What else is there to say, what new thing can he invent, to express either his love or his subject’s value? There’s nothing, and yet, just as with prayer, he must repeat again and again, day after day, and not consider the words boring or old. They belong to each other now just as much as when he first chose his beloved as a subject. Billy’s affections are everlasting, care not for the effects of age, nor acknowledge wrinkles. Instead, love always inspires the feelings of the young. When Bill looks at his love, he sees the source of his affections, even though the passage of time would suggest it should by now have died.

“Sweet boy” has multiple significance here. It is one of the direct indications of gender in the sonnets, as well as a term more likely to be applied to a young suitor than an aging companion. It shows that Billy truly does see the person he first loved, no matter what time has done to their outsides.

Named for the owner of the former New York Giants baseball team (a club now in operation as the San Francisco Giants), the John T. Brush Stairway is a memorial to both the man himself and the only remaining piece of the Polo Grounds stadium in northern Manhattan.

“For 50 years, the stairs carried fans of the five city sports teams to and from the Polo Grounds in Harlem, until they finally rusted away in the years following the stadium’s demolition, in 1964.

Brush was the owner of the Giants baseball team from 1890 until his death in 1912, the year before the team opened the staircase.

Now, 101 years after the New York baseball Giants built and donated them to the city, the stairs are open again to carry people 80 steps from Coogan’s Bluff on Edgecombe Ave. down to the Harlem River Driveway.” [1]

Billy most recently starred in the highly successful, critically acclaimed play SEX WITH STRANGERS at Second Stage. He was nominated for the 2013 Tony Award for his role of Spike in the Tony Award winning play, VANYA AND SONIA AND MASHA AND SPIKE by Christopher Durang. He made his Broadway debut in THE RITZ at the Roundabout and made his Off Broadway debut in the play PAPER DOLLS.

Billy has also filmed starring roles in the features THE BRASS TEAPOT, with Juno Temple and Fox Searchlight’s THE EAST, with Alexander Skarsgard.

His Television credits include guest starring roles on THE LEFTOVERS, IN PLAIN SIGHT, LAW AND ORDER, LAW AND ORDER CI, THE UNUSUALS, NCIS LA, CSI, BOARDWALK EMPIRE, and a recurring role on the new series THE DIVIDE. He played the role of Alex on the short lived CW Series THE BEAUTFUL LIFE. He starred along with Betty White in the Hallmark Hall of Fame movie THE LOST VALENTINE on CBS. He is also known for playing the lovable but unpredictable Casey Hughes on the daytime drama, AS THE WORLD TURNS.

MacKenzie is best known as Rapunzel in the 2014 film Into the Woods, as well as for her work as Abigail Morgan in ABC’s Forever. MacKenzie has an extensive television background and got her start in theatre. She has performed on and off Broadway in Next to Normal, A Tale of Two Cities, and Giant at The Public Theatre. Love to Sonnet Project NYC!

Stu has had principal roles in nineteen indie features, including DEATH IN LOVE (Sundance 2008, Jacqueline Bisset’s husband,) STARTING OUT IN THE EVENING (Sundance 2007, Jill Eikenberry’s husband) and RED COCKROACHES. He has had principal roles in twenty, independent shorts.
TV: 30 ROCK (Alec Baldwin’s boss,) MICHAEL AND MICHAEL HAVE ISSUES, AS THE WORLD TURNS, ONE LIFE TO LIVE. Stu has also had principal roles in a number of TV pilots, including one in which he played former, NYS Governor Al Smith. TOP OF THE WORLD.
Stu has had roles in a handful of online projects. In his latest, he has been cast as a business executive in COLD FEET, a web series.
Regional theatre: PROOF (Redhouse, Syracuse), TWILIGHT OF THE GOLDS (Shadowland, Ellenville), HOLIDAY (San Jose Rep), STATE OF THE UNION (J City Theatre, Jersey City) and CAT ON A HOT TIN ROOF (San Jose Stage.)
NYC theatre: THE DETOUR (Metropolitan Playhouse), BAG FULLA MONEY (Clurman), MERRY WIVES OF WINDSOR (Lion), AUTOEROTICISM IN DETROIT (Blue Heron), THE LOWER DEPTHS (Resonance Ensemble), THE PHILANDERER (Oberon Theater Company), SLAUGHTER CITY (WOW Café), GRIEF (Brooklyn Lyceum), BARRIER ISLAND (Center Stage) and AMERICAN SOLDIERS (Theater For The New City), among others.
Has written and performed four solo, stage shows… MORTAL DECISIONS, A DIARY OF THE DONNER PARTY; EVERYONE’S WAR; THEODORE JUDAH AND THE TRANSCONTINENTAL RAILROAD; and (his latest), VIETNAM…THROUGH MY LENS.
VIETNAM…THROUGH MY LENS, is a series of memories, reflections and photographs, prompted by Stu’s service as an Army photographer in Vietnam in 1969. The show premiered in NYC in November 2014. Reviews, blogs and audience response were enthusiastic. Stu plans to tour the show nationwide. www.vietnamthroughmylens.com. You can see a sizzle reel for the show, at
https://www.youtube.com/watch?v=shg6ZumcZYc&feature=youtu.be.

Next up for Stu on stage! He has been cast in a new, Off Broadway play, MOST DANGEROUS MAN IN AMERICA. The play will run at the Castillo Theatre (E. 42nd Street), from 28 May 15 through 28 June 15. Woodie King (New Federal Theatre), Producer. Amiri Baraka, playwright.
In earlier lives…corporate attorney…college teacher…prison performer and teacher.
Member of AEA, SAG/AFTRA.

MARK KARAFIN is thrilled to join The Sonnet Project.
Directing: Exit 27 (Medicine Show Theatre), Certifiable (FringeNYC), Bottles On The Water (Drama Book Shop Theatre), Erotomania (M.I.T.F.), Keep On Truckin’ – It’s War (M.I.T.F.), Insecurity, Best Music and Lyrics Award (M.I.T.F.), Cell 6 (Manhattan Repertory Theatre), Much Ado About Nothing (Theatre Row), The Only Miracle & Nothing But Gold (Ensemble Studio Theatre), 50 Shades Of Hey (The Ugly Rhino Festival), Black Latina (La Tea Theatre), The Big Ride, Finalist (American Globe Theatre), Bombs and Manifestos (Roy Arias Theatre), Ready (Shetler Studios), America’s Next Most Wanted (The Players Theatre). He assisted Alexander Dinelaris Jr. on The Drawer Boy at SoHo Playhouse, and was the Company Manager. He has assisted Christopher Durang, Billy Hopkins, Neil LaBute, Austin Pendleton, and more. He was Production Manager for Summer Shorts 2013, the Venue Director for the Fringe Encore Series 2013, and the General Manager of SoHo Playhouse. He is currently the Assistant Director on Memory Rings in MASS MoCA (Phantom Limb Company). He holds a B.F.A. in Directing from the University of North Carolina School of the Arts.
Acting: The Sopranos (HBO Recurring).
He is a proud core member of Oberon Theatre Ensemble. Special thanks to EsoteriCam Productions, and everyone at The Sonnet Project.

I’ve been telling stories for over 25 years as an actor, producer and director for film, stage and television; collaborating on projects throughout Europe, Canada, the US and Asia. About 20 years ago I started photographing the journey and it feels great to be putting those skills to good use by adding DOP to the hyphenate. My wife, America Olivo, and I started EsoteriCam Productions a year ago and have assembled a great team of filmmakers who have gone above and beyond to make this film happen. We’re looking forward to making many more. www.xiancampbell.com

Stacey Jordan has been a NYC Based Wardrobe Stylist/Costume Designer for the past 14 years… She’s worked on Commercials and Campaigns with Clients such as Saatchi and Saatchi, Helm Media, Nickelodeon, HGTV, A&E ,Tv One, Ford, and many more. She’s also worked with Talents such as Ken Jeong(the Hangover), Jennifer Ehle(Fifty Shades Of Grey), James Urbaniak(The Office), and Hisham Tawfiq (the Blacklist). With a Passion and Love for wardrobe Styling and Costume Designing, Stacey’s always looking forward to her next on set Adventure!

Composer and cellist Rubin Kodheli (ko-thé-lee) is a celebrated young creative rebel. The inspirational tapestry of his work is woven from blended threads of rock, jazz and classical influences, a stylistic trademark that has afforded Kodheli a highly diverse and eclectic career. From his compositions appearing in mainstream feature films such as Precious (2009), to his genre-transcending original symphonic rock compositions, to his collaborations as a performer with premier composers of our time, including Dave Douglas, Henry Threadgill, Meredith Monk, and Tom Harrell. Kodheli’s work is an intriguing sonic collage that enraptures and captivates its listeners.

Creating instrumental alchemy in his compositions and performances, Kodheli deftly molds the cello to emulate the timbre of a guitar, a drum, or a human voice. His compositions teem with nuance, providing the opportunity to listen repeatedly, each time ripe with the possibility of hearing something that previously went unnoticed. Immersing audiences in honest musical explorations, Kodheli pushes listeners to engage, question and contemplate.

Kodheli began his musical journey as a composer and cellist in Albania, where, as a child, he would stay up all night, fascinated by the celebrat\ory performances of traditional Albanian folk music as well as attending many rehearsals of his mother singer/actress Justina Aliaj (a-lee-i). He later moved to Beligum to pursue formal studies at l’Académie d’Uccle and later in Germany at the Richard Strauss Konservatorium. Mr. Kodheli graduated from The Juilliard School in New York City, in where he was a pupil of Fred Sherry.

All of these unique musical experiences, from childhood to the present, have continually influenced and molded his work with dancers, choreographers, fellow composers, filmmakers and various other creative professionals in New York City, and around the world.

Jesse Rosenberg is a 2014 graduate in filmmaking at New York University, Tisch School of the Arts, with a focus on documentary films and cinematography. His thesis film, Life Sentences, is a short documentary about families affected by the incarceration of their loved ones. The film received the 2013 Landsburg Documentary Post-Production Award, was a Wasserman Award finalist at the NYU First Run Festival, and was a regional semifinalist for the 2014 Student Academy Awards. It was an official selection in the St. Louis International Film Festival and is a finalist in the USA Film Festival’s International Short Film Competition. His other films include Alan Menken: A Life Composed, a short documentary about the eight-time academy award-winning composer. He is a certified Steadicam operator and is currently working in New York City as a freelance director and cinematographer. In August 2015 he will be the cinematographer for a documentary about animal refuges in the Bolivian Amazon.