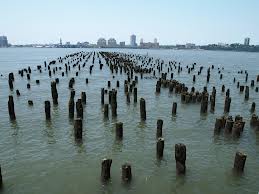 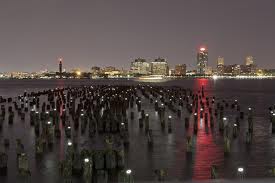 For shame deny that thou bear’st love to any,
Who for thyself art so unprovident.
Grant, if thou wilt, thou art beloved of many,
But that thou none lovest is most evident;
For thou art so possess’d with murderous hate
That ‘gainst thyself thou stick’st not to conspire.
Seeking that beauteous roof to ruinate
Which to repair should be thy chief desire.
O, change thy thought, that I may change my mind!
Shall hate be fairer lodged than gentle love?
Be, as thy presence is, gracious and kind,
Or to thyself at least kind-hearted prove:
Make thee another self, for love of me,
That beauty still may live in thine or thee.

Analysis
Sonnet 10 gets personal. The poet uses a rather harsh tone to admonish the beloved for his refusal to fall in love and have children.– “Do it for me”

For the first time, Billy mentions a personal relationship between himself and the youth. He stresses the young man’s charm, states that he is much loved. He makes two statements, firstly, that he wishes to have an opportunity to change his opinion of the youth as implying that his (Billy’s) better opinion is of some value; secondly he attempts the persuasive argument of ‘for love of me’ in order to produce a change– he asks the young man to have a child to please him! Sounds a little desperate to me…

Will’s Wordplay
“that beauteous roof” refers both to the young man’s body (in which his beauty is housed) and his family (or house).
“another self” refers to a child. Clone yourself a mini-me, hot stuff!
“in thine or thee” means in your children or yourself.

Pier 49 Pile Field, Hudson River Park
Hudson River Park is a waterside park on the Hudson River that extends from 59th Street south to Battery Park in the New York City borough of Manhattan. Bicycle and pedestrian paths, including the Manhattan Waterfront Greenway, span the park north to south, opening up the waterfront for recreational use. The park includes tennis and soccer fields, batting cages, children’s playground, dog run, recreational piers, and many other features.

It is a joint New York State and New York City collaboration and is a 550-acre park, the biggest in Manhattan after Central Park. The park arose as part of the West Side Highway replacement project in the wake of the abandoned Westway plan.

Looking out over the Hudson towards New Jersey is the Pier 49 pile field. What remains is a scenic overlook. On November 30, 2008, the 20th Anniversary of World AIDS Day, it was dedicated as New York City’s first permanent memorial to people who have died from AIDS. The Hudson River Park Trust provided the beautifully landscaped knoll for the memorial — a 42-foot-long curved stone bench situated on a granite path cut into the lawn near Bank Street. The path is complemented by a balcony that juts out over the river where Pier 49 once stood. The old pilings, still visible above the water, are a poignant metaphor for the lives lost to AIDS. The memorial is intended to be used as a place for people to sit and contemplate those who have been lost.

“This monument is a symbol of the profound effect AIDS has had on New York City and our country,” said Lawrence Swehla, board member of the AIDS Monument Committee (AMC). “The site is dedicated to all of those whose lives have been forever changed by AIDS,” he added. [1]

Sonnet Project
The Pier 49 pile field was the featured location for Sonnet 10, performed by Kelli Ruttle, directed by Jesse Gebryel. The video was released on July 1, 2013.

ACTOR – Kelli Ruttle
At the age of nine years old, I became obsessed with Bette Midler. I was raised with a slightly strict form of etiquette; “no elbows on the table”, “in public, children are to be seen and not heard”, stuff like that. So perhaps I took one wide-eyed look at the sequins, the songs, the comedic timing, and thought ‘That looks like the most fun that anyone could have. Ever.’ Whether that’s what actually started my love affair with the performing arts, I’m not 100% sure. But it’s the earliest domino that I can remember.

The next of the dominos to fall were 1) wearing out my “Live at Last” cassette tape from repetitive lip-synching (um, you’re WELCOME Mom and Dad!) and 2) memorizing word for word the likes of For the Boys and Hocus Pocus. Then came high school plays, a Bachelor of Theatre Arts from San Diego State, and an intense summer study at the British American Drama Academy. That was where my fascination with and appreciation for Shakespeare really began. I tasted Juliet and Ophelia for the first time. We had Q&A’s with Fiona Shaw, Derek Jacobi, and Brian Cox (to name just a few). And… AND…. it was the summer I saw Harriet Walter’s Beatrice in Much Ado About Nothing at the Royal Shakespeare Company. Let me repeat the key points of that last sentence in case your mind happened to wander for a moment: Harriet Walter. Beatrice. Much Ado. WHAT… a Master Class.

After college, I spent six years in Southern California performing at a number of West Coast theatres and booking the odd TV/Film gig. But after a stint at the Idaho Shakespeare Festival, I returned to Los Angeles realizing that theatre was the main avenue I wanted to focus on, and that led me to start looking into graduate schools. I completed the Cleveland Play House’s M.F.A. Acting program and moved to the city of New York, where I now reside… and where I saw Bette Midler’s one-woman show I’ll Eat You Last. Twice.

Sometimes I can’t believe this ride! I’ve spoken words written by Noël Coward, Anton Chekhov, Molière, and Caryl Churchill. I’ve lived in Russia, fair Verona, Bohemia, and British Colonial Africa. I’ve dressed like a man to teach my lover how to woo, brought the statue of my friend and mistress back to life, and professed poetic declarations of love from a balcony. I was in the audience at BADA when Derek Jacobi was asked “What made you want to be an actor?” To which he replied, “I didn’t ‘want’ to be. I had to be.” It’s true. And I can’t explain where this need to put on someone else’s shoes and be their advocate comes from, nor would I want to spend much time trying to. I theorize, though, that on one side of the scale, it’s a sense of compassion, love, and empathy. And on the other side… it’s a shy girl’s sequins just dying to come out.

Love and shout-outs to Jesse Gebryel, James Arden, and Katelin Wilcox; very talented souls I was thrilled to share this latest adventure with. And to NY Shakespeare Exchange for making it possible, and for all that they do! XOXO
http://www.kelliruttle.com

PRODUCER – James Arden
James Arden, Producer- James Arden has worked in front of the camera for 15+ years with HBO,NBC,WB, BBC and FOX. He’s taking time to work on the other side and is proud to participate in the Sonnet project.