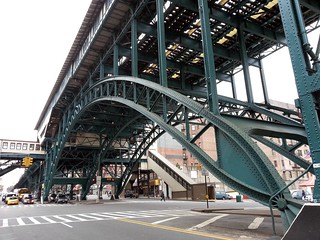 My tongue-tied Muse in manners holds her still,
While comments of your praise richly compiled,
Reserve thy character with golden quill,
And precious phrase by all the Muses filed.
I think good thoughts, whilst others write good words,
And like unlettered clerk still cry ‘Amen’
To every hymn that able spirit affords,
In polished form of well-refined pen.
Hearing you praised, I say ”tis so, ’tis true,’
And to the most of praise add something more;
But that is in my thought, whose love to you,
Though words come hindmost, holds his rank before.
Then others, for the breath of words respect,
Me for my dumb thoughts, speaking in effect.

In Sonnet 85, the poet’s inarticulacy compares with the golden words of other poets: his are good and sincere, but others are more impressive.

Shakespeare’s mute poetry politely remains silent, while commentaries praising his beloved pile up, capturing their essence in golden words from the muses themselves. He thinks good thoughts about his subject, but sees other people write good words, and like an illiterate clerk continually cries “amen” in agreement. Hearing their clever praise, he says, “That’s right, that’s true,” and adds his two cents to their $5 words. But these additions are in his thoughts, where he knows he loves most, though he speaks least. Shakespeare asks that his beloved respect others for the words of praise they offer, but also respect his silence, since is thoughts express themselves only in actions.

Parish clerks in Elizabethan England told the church congregation when to respond and when to say “amen” during services. Saying “amen” to every poem of praise leaves Will sounding like a bit of a broken record. But time has shown he’s no dummy!

125th Street is a two-way street that runs east-west in the borough of Manhattan, from First Avenue on the east to Marginal Street, a service road for the Henry Hudson Parkway along the Hudson River in the west. It is often considered to be the “Main Street” of Harlem, and is co-named Martin Luther King, Jr. Boulevard.

A rift in the earth’s crust runs along underneath this street and is known as the 125th Street Fault. The fault line creates a fault valley deep enough to require the IRT Broadway – Seventh Avenue Line to become a trestle bridge between 122nd and 135th Streets. The street in the 18th century was called The Hollow Way.

Maurice was thrilled to have been a part of this amazing Shakespearean adventure. Many thanks to Ross, Carey, director Peter Gagnon, and everyone involved in bringing the Sonnet Project to life!
Regional: Denver Center for the Performing Arts: Ruined, To Kill A Mockingbird, The Taming of the Shrew, A Christmas Carol. Shakespeare Theatre of New Jersey: The Learned Ladies. Folger Theatre: Julius Caesar. National Theatre Conservatory: Richard III, Charley’s Aunt, Fahrenheit 451, Topdog/Underdog, The Good Woman of Setzuan, The Life and Adventures of Nicholas Nickleby, Our Town. Cabaret Theatre: Glengarry Glen Ross, Six Degrees of Separation, Line, Suzan Lori Parks’ 365 Days/365 Plays. Livingston Theatre Company: Ragtime, Once On This Island. Broadway: Julius Caesar, Romeo and Juliet. Television: 30 Rock, Conviction. Film: Winter’s Tale, And So It Goes.

Currently the Creative Director of the Film/ Video team at Hook & Loop NYC. Peter Gagnon has been directing for over 10 years.
From early 2010 to Nov 2012, Peter Gagnon was the staff Visual Effects and Live Action Director for Perception. He has directed over 15 different spots, commercials, promos and insert pieces and was also privileged to work on the feature films The Avengers & Iron Man 3 in addition to a Pro-Max Award nominated commercials for the Speed Channel and 3 Bronze Telly Awards for Hiscox “Tailored to You.”
Before Perception Peter was the VFX Supervisor and VFX Lead with Sesame Workshop on the television show The Electric Company from 2008-2010, the show started airing on PBS January 19th 2009. He was nominated for an Emmy for Season One and another Emmy for Season Two. The Electric Company is now one of the most highly nominated children’s shows of all time.
Peter was with Black Watch Productions for 7 years and served as the staff editor, producer, director and VFX artist. Peter went to Columbia College in Chicago and studied Film Directing, Writing and Cinematography
REEL & LINKS:
giantvfx.com
http://www.imdb.com/name/nm3035427/
https://www.linkedin.com/in/giantvfx

Timur Civan is New York City born and raised. From his background in the fine arts, becoming a Director of Photography was a natural progression. After much experimentation with moving images in his artwork, he developed the desire paint an image with light to tell a story. His techniques in cinematography are at the forefront of creative imaging, bolstered by his exploration in optics, new and classic, innovative lighting styles and a deep understanding of the latest in industry technologies. Through apprenticeship in the camera department, he has honed his skill set in traditional set techniques and combined with his contemporary art sensibilities, has allowed him to provide a wide range of looks. From high end commercials to engaging narrative and documentaries, the story always comes first, and is always the primary motivation to his approach to lighting and camera work
REEL & LINKS
https://vimeo.com/8270427
           timurcivan.com