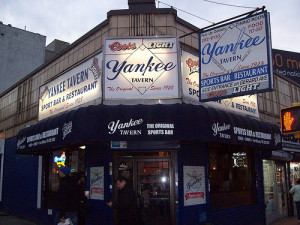 Being your slave what should I do but tend
Upon the hours, and times of your desire?
I have no precious time at all to spend;
Nor services to do, till you require.
Nor dare I chide the world without end hour,
Whilst I, my sovereign, watch the clock for you,
Nor think the bitterness of absence sour,
When you have bid your servant once adieu;
Nor dare I question with my jealous thought
Where you may be, or your affairs suppose,
But, like a sad slave, stay and think of nought
Save, where you are, how happy you make those.
So true a fool is love, that in your will,
Though you do anything, he thinks no ill.

Analysis
In Sonnet 57, the poet is portrayed as a content slave to love.

Bill counts himself as a slave, bound to wait upon the youth. He has nothing to do with his time until he is asked. He does not grow angry with clock-watching tedium while he waits to be asked, he doesn’t think bitterly on his master in this waiting absence, and he doesn’t wonder jealously what the youth may be doing and with whom, save to think sadly on how happy he is making those around him. This is what it is to be in love– foolishly in service and happy about it.

Will’s Wordplay
In a world where servants were ubiquitous, the word service was much more frequently used than it is nowadays. Shakespeare uses it only twice in the sonnets, here and in 149. This is the only use of it in the sonnets to the youth, although the chivalric tradition of devotion to a beloved (usually a woman) through thick and thin embraced the idea of service and slavery.

The couplet’s reference to”do anything” is about the youth’s licentiousness. The fears raised in the previous lines make it inevitable that this has a meaning of sexual unfaithfulness, a betrayal of love, a meaning that is enhanced by ill at the end of the line. The poet thinks no ill because love has made a fool of him.

Scholar’s Corner
Literary critics such as David Schalkwyk see this sonnet as playing out a relationship with unequal power. “This sonnet’s hyperbolic reference to slavery invokes more clearly the late-sixteenth-century, almost wholly pejorative sense of vassalage…”.[11] With the first lines of the sonnet, “Being your slave what should I do but tend Upon the hours, and times of your desire?” Shakespeare seemingly emphasises a class or power difference between himself and the youth that the sonnet addresses. Schalkwyk goes on to say “This declaration of abject powerlessness (i.e. aforementioned slavery) pushes the notion of vassalage away from that of feudal reciprocity toward a commonplace early modern conception of the servant as utterly, submissive, silent and undemanding”. During this period servitude was not viewed then as we view it today, but as something quietly accepted, linking to Shakespeare’s “servitude” to the youth as accepting the fact that his rank in society was less than the addressee, and that his position as “slave” nothing more than a simple fact.

“Family owned since 1923, the Yankee Tavern was once a watering hole for Lou Gehrig, Yogi Berra, and Babe Ruth (who was known to buy a round after the game). These days the extensive surf-turf-and-pasta menu draws a crowd of middle-aged fans and nearby courthouse employees. At the long bar in front, both groups chow on wings while listening to loud rock or watching a flat screen TV; in the narrow backroom (renovated by owner Joe Bastone who’s worked here since he was 10), art deco lights gleam off the pressed-tin ceiling, while cherry-colored wood chairs tucked under two-tops share real estate with banquettes painted bomber blue. Every bit of wall space pays homage to the home team:players’ posters, photos of Joltin’ Joe and Jason Giambi, a bat signed by Berra over the bar. On game days, when hours are often extended, dear departed Yankee fanatic Freddy Sez was known to stop by to bang his shamrock-adorned frying pan, too.” — Leslie Hendrickson, NY Mag [1]

Sonnet Project
Yankee Tavern was the featured location for Sonnet 57, performed by (name?), directed by (name?). The video was released on (date?)

MAYA JORDAN
Actor, singer and writer Maya Jordan, is a University of Michigan graduate. She is thrilled to be in New York to continue in her performance and creative endeavors. Maya is a self-proclaimed nerd (for example, she reads Beowulf for fun), professional daydreamer, and volunteer enthusiast. Her goal is to be a light for people in dark places, when all other lights go out. Maya is so grateful for and would like to dedicate all of her creative pursuits to Robert, to her Mom, to her family and friends as well as to the memory of Jim Posante, her first mentor. Some people wear “I’d rather be golfing” t-shirts or have “I’d rather be fishing” bumper stickers well for Maya it is “I’d rather be doing Shakespeare”. Is it perhaps because she was spoon-fed Shakespeare from her mother who is an English professor, or maybe because some of her happiest performance experiences have been when in a Shakespeare play? Both are contributing factors. The main reason is the simple (and unoriginal, she fears) fact that Maya loves Shakespeare, the language, characters, stories and his great understanding of the human condition. So yes, Maya would rather be doing Shakespeare, it comes naturally to her and it always feels like coming home. In New York, Maya has been fortunate enough to work with John Basil at The American Globe Theater, Bare Shakespeare and Bradley Dean at the Singer’s Forum just to name a few. In 2011 Maya was featured in Never Say Goodbye Twice which won Best Comedy in the 48 Hour Guerrilla Film Competition. Some of Maya’s favorite Shakespearean roles to play include, Hermia, Kate and Caliban. Beyond Shakespeare some favorite past roles have been, Consuelo in Waiting Women with The Actor’s Project NYC, Donna-Mae in The First & Last Annual Homeless Fashion Show written by New York playwright Collette Johnson, and Winifred in Once Upon a Mattress. Please visit Maya’s website www.mayaj.com for more details, Thank You!

DANIEL LACHMAN – Director
Daniel, a military brat whose childhood consisted of constant traveling, developed an early interest and desire to capture and retain places in his life. This manifested in an interest in photography and motion pictures. More than a director, Daniel considers himself part of the emerging artists scene dealing with the contemporary meanings of art and human desire to share experiences. Daniel has worked in film over the past 5 years in both Louisiana and New York City. For more information, visit www.DanielLachman.com, www.daniellachman.tumblr.com, www.retrocamerareview.tumblr.com, https://vimeo.com/daniellachman