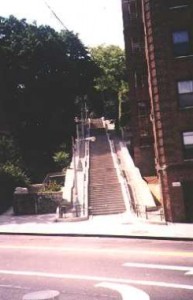 In loving thee thou know’st I am forsworn,
But thou art twice forsworn, to me love swearing;
In act thy bed-vow broke, and new faith torn,
In vowing new hate after new love bearing:
But why of two oaths’ breach do I accuse thee,
When I break twenty? I am perjured most;
For all my vows are oaths but to misuse thee,
And all my honest faith in thee is lost:
For I have sworn deep oaths of thy deep kindness,
Oaths of thy love, thy truth, thy constancy;
And, to enlighten thee, gave eyes to blindness,
Or made them swear against the thing they see;
For I have sworn thee fair; more perjured eye,
To swear against the truth so foul a lie!

Analysis
In Sonnet 152, the poet tells his mistress how he judges her, but then he realizes that he as well has been sinful.

Bill admits right off that loving the lady is wrong because it means he must break a vow. But if he is wrong then his mistress is doubly, by breaking a vow of love both to her husband and to him, her new lover, in swearing him off. But two broken promises are nothing compared to Bill’s trespasses. He has sworn great oaths about her kindness, love, faithfulness, constancy. But to do so he had to turn a blind eye to the truth. His eye is the biggest liar of all, seeing her as so beautiful, when her actions have so little beauty.

Will’s Wordplay
The language of this sonnet, more than any other, leans heavily on the language of the law courts:sworn is used 4 times; swear 3 times; oaths 4 times; vow twice; perjured twice; truth twice; as well as honest and constancy. Thats a lot of legalese for one little package of poetry.

Step Streets are streets scattered throughout NYC composed entirely of steps, and steep ones at that. As a rule they were placed on hills that were too steep to build a road, yet in a rare concession to pedestrians, it was determined to allow them access to the streets denied to motor transportation. Many of these step streets are found in upper Manhattan and the Bronx, as well as northeast Staten Island, the hilliest areas of New York City. There are also a few scattered in Bay Ridge and Highland Park sections of Brooklyn.

The longest step street in the Bronx is West 230th, in the Spuyten Duyvil area.Starting at Irwin and Riverdale Avenues, it goes up past Johnson Avenue, Edgehill Avenue, and finally reaches its destination at Netherland Avenue. Commuters can access the West 231st Street IRT from the apartment buildings along Henry Hudson Parkway. In the early 2000s the steps were repaved and renovated. [1]

Sonnet Project
The 230th Street Stairway was the featured location for Sonnet 152, performed by Zoë Frazer, directed by David Ketterer. The video was released on May 23, 2013.

ACTOR – Zoë Frazer
Zoë Frazer (AEA, SAG-AFTRA) is excited to be a part of The Sonnet Project with New York Shakespeare Exchange. Zoë holds an MFA in Acting from the Actors Studio Drama School. Some of her NYC Theatre & Film credits include: Broken (release August 2013-ElephantBox, Inc.) Alice in Wonderland (The New Acting Company), The Tragedy of Macbeth Part II (Cherry Lane Theatre), Bastard of Orleans or Looking for Joan (DoubleDutch Productions), and The Island of Dr. Moreau (Piper Theatre which is heading to the Edinburgh Fringe 2013). Zoë is a founding member of the Third Encore Company, a Resident Artist with The CRY HAVOC Company and an Only Make Believe company member.

DAVID KETTERER – Director
David T. Ketterer lives and makes movies in New York. His latest short film “Game Night” has screened in festivals across the country and will make its next appearance at the Manhattan Film Festival in June. His other work has screened all over the globe, from California to Iowa to Pakistan. He has broken two bones in his life, but unfortunately not while he was doing anything cool.