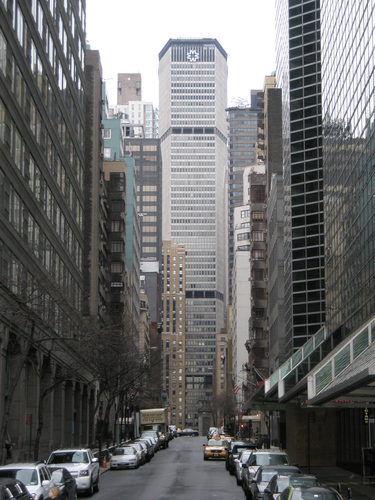 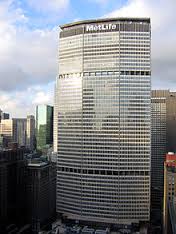 When my love swears that she is made of truth,
I do believe her though I know she lies,
That she might think me some untutored youth,
Unlearned in the world’s false subtleties.
Thus vainly thinking that she thinks me young,
Although she knows my days are past the best,
Simply I credit her false-speaking tongue:
On both sides thus is simple truth suppressed:
But wherefore says she not she is unjust?
And wherefore say not I that I am old?
O! love’s best habit is in seeming trust,
And age in love, loves not to have years told:
Therefore I lie with her, and she with me,
And in our faults by lies we flattered be.

Analysis
Sonnet 138 is about the lies we tell ourselves to remain happy.

Willy has a mistress who swears to her honesty, and he believes her in spite of knowing its all lies. This way she thinks him young and naive. In this way they fool each other: he is not young and she is not honest. But why do they choose to do this? Because its easier to just flatter each other, and live a happy, flattering lie.

Valerie Traub presents the idea that many sonnets follow a Judeo-Christian idea of procreation as “justification” for heterosexuality. Shakespeare explores more sensual and even explicit ideas in the sonnets that challenge these ideals. Though Sonnet 138 does not vastly differ from this tradition as Shakespeare’s sonnets to the young boy this does fall into this contradictory tradition. [3] Here Shakespeare references her truth and lies rather than her sensual body, showing that he is differing from Christian traditions.

Met-Life Building, Manhattan
The MetLife Building is a skyscraper located at 200 Park Avenue at East 45th Street above Grand Central Terminal in Midtown Manhattan. Built in 1958–63 as the Pan Am Building, then headquarters of Pan American World Airways, it was designed by Emery Roth & Sons, Pietro Belluschi and Walter Gropius in the International style, and is one of the fifty tallest buildings in the United States.

When it opened on March 7, 1963, the Pan Am Building (as it was known at the time) was the largest commercial office space in the world in terms of square footage.[1] It faced huge initial unpopularity, being described as an “ugly behemoth”, due to its lack of proportion and huge scale—it dwarfed the New York Central Building to the north and the Grand Central Terminal to the south. It surpassed the previous largest building in terms of square footage — 111 Eighth Avenue. It in turn was surpassed by the World Trade Center in 1970-71 as well as 55 Water Street in 1972. After the World Trade Center was destroyed in 2001, it has remained the city’s second largest building. When One World Trade Center opens in 2014, it will become the city’s third largest building.

The last tall tower erected in New York City before laws were enacted preventing corporate logos and names on the tops of buildings,[2] it bore 15′ tall “Pan Am” displays on its north and south faces and 25′ tall globe logos east and west.

Pan Am originally occupied 15 floors of the building. It remained Pan Am’s headquarters even after Metropolitan Life Insurance Company bought the building in 1981. By 1991, Pan Am’s presence had dwindled to four floors; during that year Pan Am moved its headquarters to Miami. Shortly afterwards, the airline ceased operations. On Thursday September 3, 1992, MetLife announced that it would remove Pan Am signage from the building. Robert G. Schwartz, the chairman, chief executive, and president of MetLife, said that the company decided to remove the Pan Am sign since Pan Am ceased operations. At the time MetLife was headquartered in the Metropolitan Life Insurance Company Tower.[3]

Architecture
Designed by Emery Roth & Sons with the assistance of Walter Gropius and Pietro Belluschi, the Pan Am Building is an example of an International style skyscraper. It is purely commercial in design with large floors, simple massing, with an absence of ornamentation inside and out. It has been popular with tenants, not least because of its location next to Grand Central Terminal. It is current opinion that the architecture of the building has been inspired by the Pirelli Tower, built in 1956 in Milan, Italy, which has been a model also for the Alpha Tower in Birmingham (UK) and other similar buildings in Switzerland and Spain.

In 1987, the lifestyle periodical New York revealed in a poll that MetLife—then Pan Am—was the building that New Yorkers would most like to see demolished. Perhaps contributing to the hatred of the building is the fact that it is so visible. Situated behind Grand Central Terminal outside of the grid, the building, which would have otherwise been tucked away into the city, is left totally exposed and contrasted with the other buildings around it, most notably the New York Central Building, which is now called the Helmsley Building. Today the building is one of the most recognizable skyscrapers in the city.

Tenants
In addition to being the official headquarters of the Metropolitan Life Insurance Company, the MetLife Building houses a number of other major firms, including the headquarters of Dreyfus Corporation and the wealth and investment management division of Barclays.

The building’s most famous “residents” are a pair of peregrine falcons nicknamed “Lois and Clark” after two of the main characters in Superman, which nest there and feed on pigeons.

In Popular Culture
The building, still under construction, can be glimpsed briefly in the New York-shot section of the 1962 Italian film Mafioso. As an iconic Manhattan landmark, it has since been seen in films such asThe French Connection, Armageddon, Catch Me If You Can, Godzilla, and Charlie and the Chocolate Factory. The building also appears in the movies Knowing, where it is destroyed (along with the rest of New York City), and Transformers: Revenge of the Fallen (2009), where Megatron orders Starscream to launch a full-scale attack on the planet.

In the 1970 film musical “On a Clear Day You Can See Forever”, the building is host to Yves Montand singing the first verse of “Come Back to Me” from its roof.

In The Avengers, a majority of the building is deconstructed to accommodate Stark Tower.

It was shown as it appeared in the sixties with the Pan Am logo on ABC television series of the said brand title.

The building is compared to a tombstone in Joni Mitchell’s song “Harry’s House”. It is seen in the video game Grand Theft Auto IV as a parody called the GetaLife Building, and in the game Crysis 2, in which it is hit by alien artillery fire and collapses onto Grand Central Terminal.

Several pivotal sections of the young adult novel So You Want to Be a Wizard by Diane Duane occur in, atop, or directly adjacent to the Pan Am building.

ACTORS
Jeremy Johnson (The Poet) currently plays Dad in Marc Palmieri’s web series The Thing. He is also currently filming 79 Parts, directed by Ari Taub, playing a Texas oil man. Earlier in 2013 he had three sharply contrasting roles in The Red and The Black (from Stendahl’s novel), written and directed by Deloss Brown (at St. Clement’s Theatre.) Jeremy has played many Shakespearean roles, e.g., Dogberry, Polonius, Old Shepherd, soliloquies from Hamlet at events, and Lord Capulet, off-Broadway, with Robert Sean Leonard. For FringeNYC: SoHo Playhouse world premiere of Mother Hubbard’s Cupboard (2007). He’s done soaps, commercials, night time TV, including SNL (as a Raunchy Senior and then as a Greek Orthodox priest) and was a member of a comedy improvisational troupe.

DIRECTOR – Marc Palmieri
Marc Palmieri is very grateful to have the chance to contribute to this project with one of this favorite sonnets. He currently writes and directs the theatre-themed webseries The Thing (http://www.theplayis.com/). Screenplays include: Telling You (Miramax Films). Plays include: Levittown, Carl The Second, Poor Fellas (all published by Dramatists Play Service) and The Groundling (South Coast Rep’s NewSCRipts Series 2012). As an actor has worked with Axis Company, Classic Stage Company, Culture Project, Emerging Artists Theatre, La MaMa, Tectonic Theatre Project, Cliplight Theatre, FringeNYC and others. Marc plays the lead in the IFP Spirit Award nominated feature film Too Much Sleep (Shooting Gallery, 2001). Many national commercials. Directed Jill and Jeremy at the Soho Playhouse in Mother Hubbard’s Cupboard by Mark Jay Mirsky for FringeNYC in 2007. Has taught Shakespeare at The City College of New York, where he teaches playwriting and screenwriting in the MFA Creative Writing Program. His whole story: http://www.marcpalmieri.com/

DIRECTOR OF PHOTOGRAPHY/EDITOR – John Painz
John Painz is a director, DP, and editor on a number of web series, including Internet Affairs and The Thing. His first short film, 5AM, was recently selected to the Soho Int’l Film Festival and Hoboken Int’l Film Festival. www.wordsfromhere.com