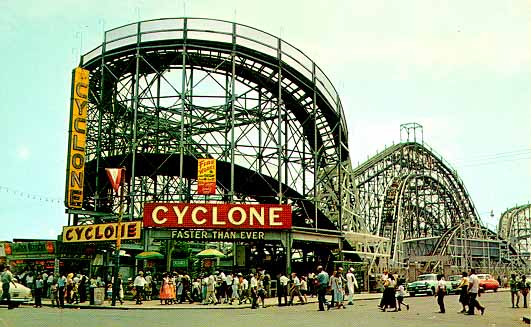 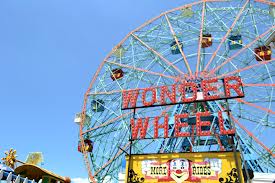 When in the chronicle of wasted time
I see descriptions of the fairest wights,
And beauty making beautiful old rhyme,
In praise of ladies dead and lovely knights,
Then, in the blazon of sweet beauty’s best,
Of hand, of foot, of lip, of eye, of brow,
I see their antique pen would have expressed
Even such a beauty as you master now.
So all their praises are but prophecies
Of this our time, all you prefiguring;
And for they looked but with divining eyes,
They had not skill enough your worth to sing:
For we, which now behold these present days,
Have eyes to wonder, but lack tongues to praise.


Analysis
Sonnet 106 expresses the poet’s belief that all beauty praised in poetry before this day was presentient praise of the beloved.

Will remembers accounts of historic times, and descriptions of very beautiful people, and the beautiful poems inspired by them, in praise of ladies and knights now dead. When he sees the poems catalog their beauty he realizes that these ancient writers were trying to describe the same kind of beauty that the youth possesses now. So all the praises of these writers are actually prophecies; all of them prefigure the young man’s beauty. If the writers hadn’t been divinely inspired with this gift of prophecy, they wouldn’t have had the skill to describe his worth. Those who live now can see it firsthand but lack the poetic skill to describe it.

Will’s Wordplay
“wights” is a word referring to any groups of sentient beings (here men and women) that was archaic even in Shakespeare’s time. Throwback theme!

Coney Island, Brooklyn
Welcome to America’s Playground! Coney Island is a beach on the Atlantic Ocean in southwestern Brooklyn. The site was formerly an outer barrier island, but became partially connected to the mainland by landfill. It is well known as the site of amusement parks and a seaside resort. The attractions reached their peak during the first half of the 20th century, declining in popularity after World War II and years of neglect. In recent years, the area has seen a new renaissance of new amusements, upholding of tradition by the Coney Island USA museum and Freak Show, the opening of MCU Park, and the Brooklyn Cyclones minor league baseball team.

Etymology
The Native American inhabitants of the region, the Lenape, called the island Narrioch—meaning “land without shadows”—because, as with other south shore Long Island beaches, its orientation means the beach remains in sunlight all day. [1]

Following European settlement, New York was originally a Dutch settlement. The Dutch name for the island — originally Conyne Eylandt, or Konijneneiland — precedes the similar English name and translates as “Rabbit Island”. [2] As on other Long Island barrier islands, Coney Island had many and diverse rabbits, and rabbit hunting prospered until resort development eliminated their habitat. The Dutch name is found on the New Netherland map of 1639 by Johannes Vingboon, which is before any known English records. [3] The word “coney” was popular in English at the time as an alternative for rabbit; a later adaptation, “bunny”, is now in common use

Due to Coney Island’s location—easily reached from Manhattan and other boroughs of New York City, yet distant enough to suggest a proper vacation—it began attracting holidaymakers in the 1830s and 1840s, when carriage roads and steamship services reduced travel time from a half-day journey to just two hours.

The original Coney Island Hotel was constructed in 1829, with The Brighton Hotel, Manhattan Beach Hotel, and Oriental Hotel opening soon after, with each trying to provide an increasing level of elegance. Coney Island became a major resort destination after the American Civil War, as excursion railroads and the Coney Island & Brooklyn Railroad streetcar line reached the area in the 1860s, and the Iron steamboat company arrived in 1881. The two Iron Piers served as docks for the steamboats until they were destroyed in the 1911 Dreamland fire. In 1915 the Sea Beach Line was upgraded to a subway line. This was followed by upgrades to the other former excursion roads, and the opening of the New West End Terminal in 1919, thus ushering in Coney Island’s busiest era. [4]

From 1885 to 1896, the Coney Island Elephant Hotel was the first sight to greet immigrants arriving in New York, who would see it before the Statue of Liberty became visible.

Nathan’s Famous original hot dog stand opened on Coney Island in 1916 and quickly became a landmark. An annual Nathan’s Hot Dog Eating Contest has been held there annually on July 4 since its opening.

After World War II, air conditioning in movie theaters and homes, along with the advent of automobiles which provided access to the less crowded Long Island state parks, lessened the attractions of Coney’s beaches. Luna Park closed in 1946 after a series of fires, and the New York street gang problems of the 1950s spilled into Coney Island. The presence of threatening youths did not impact the beach-goers, but discouraged visitors to the rides and concessions which were staples of the Coney Island economy. The local economy was dealt a severe blow by the 1964 closing of Steeplechase Park, the last of the major amusement parks.

In 1944, Luna Park was damaged by fire, and sold to a company who announced they were going to tear down what was left of Luna Park and build apartments. Robert Moses had the land rezoned for residential use with the proviso that the apartment complex include low-income housing.

In 1949, Moses moved the boardwalk back from the beach several yards, demolishing many structures, including the city’s municipal bath house. He would later demolish several blocks of amusements to clear land for both the New York Aquarium and the Abe Stark ice skating rink. Critics complained that Moses took three times more land than each structure needed, surrounding each with vacant lots that were of no use to the city.

In 1953, Moses had the entire island rezoned for residential use only and announced plans to demolish the amusements to make room for public housing. After many public complaints, the Estimate Board reinstated the area between West 22 Streets and The Cyclone as amusement only and threw in 100 feet of property north of Surf Ave. between these streets. It has since then been protected for amusement use only, which has led to many public land battles.

Amusement Parks
Between about 1880 and World War II, Coney Island was the largest amusement area in the United States, attracting several million visitors per year. At its height it contained three competing major amusement parks, Luna Park, Dreamland, and Steeplechase Park, as well as many independent amusements.

Charles I. D. Looff, a Danish woodcarver, built the first carousel at Coney Island in 1876. It was installed at Vandeveer’s bath-house complex at West 6th Street and Surf Avenue, which later became known as Balmer’s Pavilion. The carousel consisted of hand-carved horses and other animals standing two abreast, with a drummer and a flute player providing the music. A tent-top provided protection from the weather. The fare was five cents.

Astroland served as a major amusement park from 1962 to 2008, and was replaced by a new incarnation of Dreamland in 2009 and of Luna Park in 2010. The other parks and attractions include Deno’s Wonder Wheel Amusement Park, 12th Street Amusements, and Kiddie Park, while the Eldorado Arcade has an indoor bumper car ride. The Zipper and Spider on 12th Street were closed permanently on September 4, 2007, and dismantling began after its owner lost his lease. [5]

On April 20, 2011, the first new roller coasters to be built at Coney Island in eighty years were opened as part of efforts to reverse the decline of the amusement area. [6]

Rides
The amusement area currently contains various rides, games such as skeeball and ball tossing, and a sideshow including games of shooting, throwing, and tossing skills.
The rides and other amusements at Coney Island are owned and managed by several different companies, and operate independently of each other. It is not possible to purchase season tickets to the attractions in the area. Three rides at Coney Island are protected as designated New York City landmarks and are listed in the National Register of Historic Places. These three rides are:

—Wonder Wheel – built in 1918 and opened in 1920, this steel Ferris wheel has both stationary cars and rocking cars that slide along a track. It holds 144 riders, stands 150 ft tall, and weighs over 200 tons. At night the Wonder Wheel’s steel frame is outlined and illuminated by neon tubes. [7] It is located at Deno’s Wonder Wheel Amusement Park.

–The Cyclone roller coaster – built in 1927, it is one of the United States’s oldest wooden coasters still in operation. Popular with roller coaster aficionados, the Cyclone includes an 85 ft, sixty degree drop. It is owned by the City of New York, and was operated by Astroland, under a franchise agreement. It is now located in and operated by Luna Park.

–Parachute Jump – originally built as the Life Savers Parachute Jump at the 1939 New York World’s Fair, this was the first ride of its kind. Patrons were hoisted 190 ft in the air before being allowed to drop using guy-wired parachutes. Although the ride has been closed since 1968, it remains a Coney Island landmark, and is sometimes referred to as Brooklyn’s Eiffel Tower. Between 2002 and 2004, it was completely dismantled, cleaned, painted and restored, but remains inactive.

Beach
Coney Island maintains a broad sandy beach from West 37th Street at Sea Gate, through the central Coney Island area and Brighton Beach, to the beginning of the community of Manhattan Beach, a distance of approximately 2.5 mi. The beach is continuous, and is served for its entire length by the broad Riegelmann Boardwalk. A number of amusements are directly accessible from the land-side of the boardwalk, as is the aquarium, and a variety of food shops and arcades. The beach is groomed and replenished on a regular basis by the city. The position of the beach and lack of significant obstructions means virtually the entire beach is in sunlight all day. The beach is open to all without restriction, and there is no charge for use. The beach area is divided into “bays”, areas of beach delineated by rock jetties, which moderate erosion and the force of ocean waves.

The Coney Island Polar Bear Club consists of a group of people who swim at Coney Island throughout the winter months, most notably on New Year’s Day, when additional participants join them to swim in the frigid waters.[8]

ACTOR – Danny Rivera
Danny Rivera is an actor living and working in New York City. Danny first began acting in 2007 at Georgetown University, where he later graduated with honors and degrees in English and Theater in May of 2011. He moved back to his native New York in August of that year to pursue a career in acting, joining the Flea Theater as a Bat (a member of their resident acting company) a month later. Over the next twelve months, Danny bounced back and forth between the Flea, Columbia University, and the New York Shakespeare Exchange, among others, performing in readings, workshops, mainstage productions, and everything else he could get his hands on. In the fall of 2012, Danny had the opportunity to appear in the world premiere of A.R. Gurney’s Heresy (at the Flea), allowing him to join the Actors’ Equity Association. In his short time as an actor, Danny has had the opportunity to work with artists such as Jim Simpson, David Muse, Timberlake Wertenbaker, Ellen McLaughlin, Kathleen Chalfant, Theodore Bikel, Heather Raffo, Thomas Bradshaw, Moisés Kaufman, and Ian McKellen (when he says “worked with Ian McKellen,” he means Sir Ian once forgot a line from Hamlet and Danny helped him out–it’s a great story and you should have him tell it to you sometime, maybe if you buy him a beer). Danny is very excited to be a part of the Sonnet Project, and he hopes you enjoy the sound of him reciting Shakespeare as much as he does.